What is your American dialect? 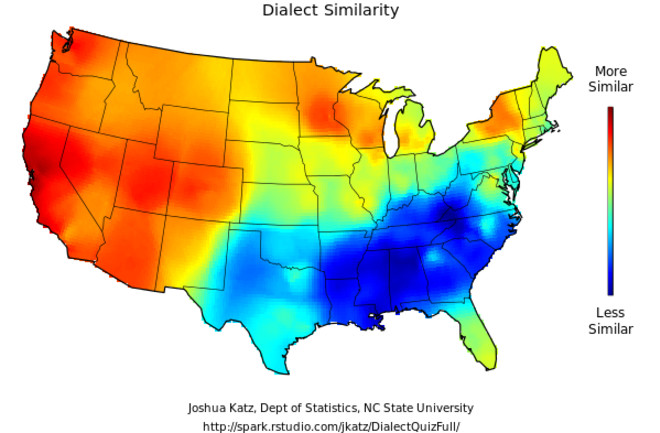 Razib's Dialect Similarity Language dialect is something that we often pick up unconsciously, so I find it an interesting if narcissistic project to query my own dialect affinities. The above was generated using a 140 question test (warning: server often slow). In case you were curious, my most 'similar' city (to my dialect) is Sunnyvale, California. Though most of my life has been spent on the West coast of the United States, I did spend my elementary age years in upstate New York. You can see evidence of that in the heat-map. There are particular words I use and pronunciations that I have which I know are probably relics of my formative years, but it was a little surprising that this survey picked up on that, as I thought most of them had disappeared.