Dairy, sugar and spice may conjure something not-so-nice when your eyes are closed. 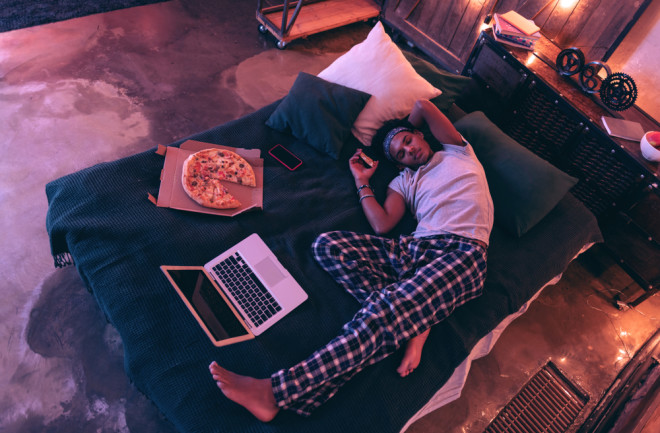 In the culinary world, just the thought of some dishes might be enough to conjure nightmares in some people. (Grasshopper tacos or maggot-filled cheese, anyone?) But legend has it that some foods actually produce nightmares after you consume them.

The trouble is, the science to back up these claims is relatively sparse. Broadly speaking, we don’t understand the brain well enough to know exactly what prompts nightmares — and dreams in general. But some researchers have surveyed large numbers of people to assess any potential associations.

That’s just what Tore Nielsen and Russell Powell did several years ago after getting persistent media requests about the types of foods that cause nightmares or strange dreams around the holidays. “I got tired of saying we don’t really know because there isn’t any science behind it,” says Nielsen, director of the Dream and Nightmare Laboratory at the Sacre-Coeur Hospital in Montreal.

Nielsen and Powell asked nearly 400 college students about their sleeping patterns, dreams and diet. The survey included a question on whether the students had noticed any association between bizarre or disturbing dreams and a particular food. The resulting study, published in Frontiers in Psychology, was titled “Dreams of the Rarebit Fiend,” inspired by a classic comic strip. The comic’s schtick revolved around a character who had nightmares after eating the Welsh dish that basically consists of melted cheese and spices on bread.

Only about 11.5 percent of respondents reported that their dreams were affected by a particular food. “Surprisingly, it was a pretty low number,” Nielsen says.

Of these, some 43.8 percent of students reported that eating dairy products produced disturbing dreams, while 38.5 percent reported that dairy influenced bizarre dreams. More specifically, the dairy category was broken up into a few different food types. Cheese was the highest influencer of disturbing dreams among dairy products, with 12.5 percent of respondents reporting cheese, while pizza had the biggest association with bizarre dreams at 11.5 percent. Other respondents also reported milk and poutine (the study was conducted in Canada after all) being associated with disturbing or bizarre dreams.

While this study was an introductory exploration on the topic, Nielsen says that it’s plausible that dairy might cause strange or bad dreams. He speculates that it could be related to some form of mild lactose intolerance participants were unaware they had. Gas or bloating might disturb ordinary sleeping patterns, and waking up more frequently in the night could just mean people have more chances to remember their dreams.

On the other hand, it’s possible that the whole idea of dairy causing strange dreams has more to do with culture than physiology. The comic strip he named the paper after dates back to the early 1900s. “There was a whole cultural idea back in the ’20s that cheese before bed would cause nightmares and dreams,” Nielsen says. It’s possible that this idea has lingered in the popular consciousness of our society — so much so that people still believe it, whether or not it’s actually true.

“Dairy and spice kind of defines what Welsh rarebit is,” Nielsen says.

But sugar also figured highly. Among participants who reported food associations, 12.5 percent said sweet food was associated with disturbing dreams while 30.8 percent said they associated bizarre dreams with sugary food. In this case, Nielsen says, the categories of dairy and sugar could combine. “Eating desserts with sugar and dairy in it would be the main culprit.”

A few other items ended up on the blame list, including starchy foods and meats. But Nielsen also says that it’s possible that people might often just blame something they’ve eaten out of the ordinary, such as a vegan eating dairy. “My impression is that people will often blame any weird food they’ve eaten for their dreams,” he says. “It’s an easy thing to blame.”

The survey also revealed a few more general trends in eating and sleeping patterns. For example, respondents who reported binge eating or emotional eating tended to have more disturbing dreams that those who ate more healthily.

In any case, the research is far from settled on this. The only other survey that Nielsen came across was one run by the British Cheese Board decades ago, which was probably trying to counteract the idea that cheese could give you nightmares. They even suggested that some cheeses may induce dreams about celebrities, and found that cheese did not induce nightmares or bizarre dreams. “Our results disputed that,” he says.

The research is really just beginning on this topic. Nielsen says the best kind of study to track the link between specific foods would be to ask a number of participants to eat certain foods before they slept, and report what kinds of dreams or nightmares they had.