A new study finds that teenagers who don’t get enough sleep are more likely to have serious health issues. 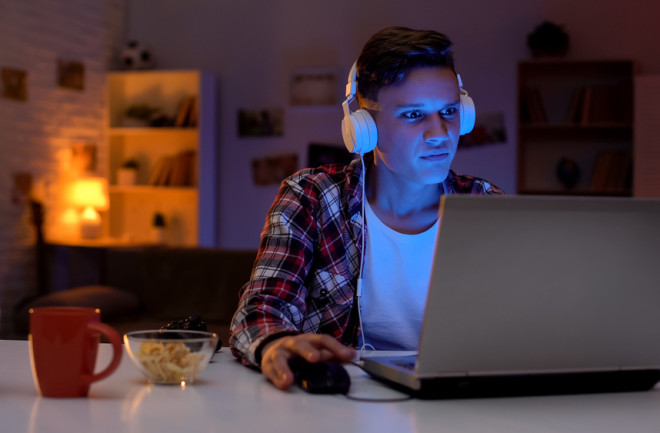 While skipping a few hours of sleep each night might seem like it'll help you accomplish more tasks in a day, it comes at a high cost to the body and mind — especially if you're a teenager.

We're all guilty of overlooking the importance of sleep for our wellbeing. While we sleep, our minds and bodies recharge and repair. Our hormones balance out, which is key to maintaining a healthy weight, our muscles repair themselves, and our brains rest and prepare for the day ahead.

Although everyone should be getting sufficient sleep, 73 percent of high school teens aren't getting their recommended 8-10 hours of sleep each night, according to a 2018 report by the CDC. For children and teenagers, sleep is needed to nourish them through growth spurts, help them focus in school and work well with their peers. Even just a few missed hours of vital sleep can impact their mental health and academic performance.

Now, a recent study from Brigham Young University has found that lack of sleep could also lead to an increase in sugar consumption by teens — potentially leading to childhood obesity, diabetes and other cardiometabolic health issues.

The research, conducted at Cincinnati Children's Hospital Medical Center, found that fewer hours of sleep can increase the chance of teens eating more carbs and drinking sugary beverages compared to those who are getting enough sleep, said lead author Kara Duraccio in a press release. Duraccio is a professor of clinical and developmental psychology at BYU.

The researchers surveyed 93 students across 30 states for two weeks. For one week, the students slept only six and a half hours. For the other, they slept the recommended nine and a half hours. During this time, researchers also recorded the types of food consumed, including their calorie content, macronutrient content and glycemic load.

Besides the increase in sugar, the data revealed that teens getting fewer hours of sleep consumed fewer fruits and vegetables than their peers. The researchers also noticed that teens were eating the same amount of calories, regardless of how many hours of sleep they got. According to Duraccio, the tired teens were looking for quick bursts of energy and therefore eating foods with higher sugar content.

Researchers found that, on average, the teens who spent the least amount of time asleep consumed an extra 12 grams of sugar each day. Multiply that by 180 school days and high school teenagers could consume an extra 4.5 pounds of sugar each year.

There are several factors at play when it comes to teens not getting enough sleep. Besides their classes starting early in the morning, students have extra-curricular activities, homework and jobs. They also benefit from free time with friends and family. This can be a lot for a teenager to manage — and often their sleep habits pay the price.