We’re Not Alone: Animals Suffer From Mental Health Issues Too

From dogs and cats to rodents and elephants, here’s how mental illness presents itself in other animals. 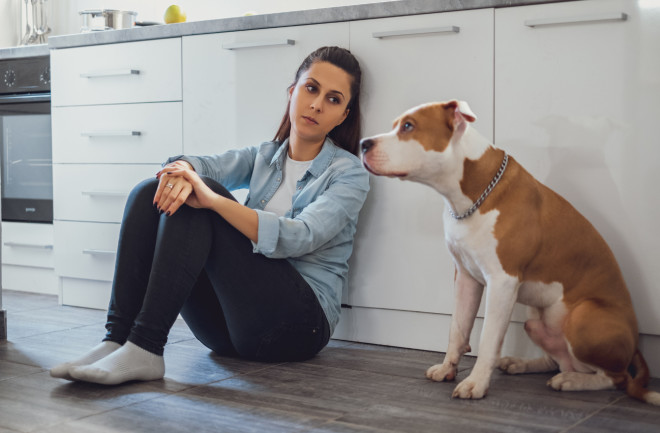 As lockdowns begin to ease around the world, experts largely agree that mental health disorders spiked during our time in collective confinement. Some are even calling it the next pandemic. But are humans alone in this, or do other animals suffer from mental health crises too?

Numerous case studies tell of rescue pets acquiring antisocial behaviors after suffering from abuse and psychological trauma; wild elephants are known to have complex funeral and mourning rituals; and as many as 10 percent of military dogs used in combat zones return home with signs of post-traumatic stress disorder. Smaller animals are also thought to be vulnerable. After all, scientists have spent decades manipulating rodent brains in hopes of figuring out how best to manage depression in humans.

Many mental health pathologies are based on what scientists sometimes call emotional dysregulation, says Carlo Siracusa, associate professor of clinical behavior medicine at the University of Pennsylvania School of Veterinary Medicine. Emotional dysregulation occurs when a person has an inappropriate emotional response to a stimulus. This happens deep within the emotion regulation areas of the brain, which are old from an evolutionary standpoint. “If we imagine the brain like an onion, they’re in the inner layers and so they’re common to mammals in general,” says Siracusa.

For animals — much like humans — this mental distress can manifest as anxiety, fear or even violent behavior, depending on the severity of the condition.

“Humans aren’t exceptional or unique in suffering from psychological disorders,” says Marc Bekoff, professor emeritus of ecology and evolutionary biology at the University of Colorado Boulder. “We don’t know a lot beyond mammals, although people often say that African grey parrots can be stressed in captivity, for example. But all mammals have the same basic brain structures and chemical signals, so if we suffer from mental health problems, then why wouldn’t other mammals?”

A lot of what experts know about animal mental health comes from observing dog behavior. That’s because dog owners are likely to seek help for their pet if it begins to display troubling signs. “Owners report to us when something has become a problem to them, so we see a lot of aggression — that’s about 90 percent of cases,” says Siracusa. Other, less frequently reported concerns include dogs pacing and circling a room, compulsively chewing their nails or licking their bodies so much that they form ulcers, he adds.

An animal doesn’t need to experience extreme abuse or neglect to exhibit such symptoms. Sometimes a big change, such as moving house or losing a loved one, can trigger a response. “I had two dogs and one died,” says Bekoff. “The surviving one looked all over for the one who died. He wasn’t sleeping or eating well either. He was just trying to work out where she was. There’s no reason to think he wasn’t suffering psychologically from not being able to find her.”

There are differences between humans and other animals, however. For example, a dog’s brain is unable to plan for the future. Consequently, they’re unable to fret about what comes next; this could be a particularly human trait. “They’re not worrying if their buddies at the dog park are making fun of them,” says Siracusa. “Dogs aren’t obsessed in their thoughts like humans — as far as we know. They’re unlikely to be depressed in human terms.”

But that doesn’t mean animals with mental health problems don’t suffer. It is Bekoff’s hope that the mental health of our critter companions will improve as more people understand that. “This is an important topic for us all to discuss,” he says, "because I think most people don’t realize animals can suffer the same psychological disorders as humans and how we treat them matters.”

More From Discover
Health
10 Science-Backed Ways to Boost Your Brain
Health
Extreme Fatigue: 4 of the Longest-Lasting Sporting Events
Mind
Weed Might Not Make You Creative After All
Mind
How Does Alzheimer's Disease Lead to Death?
Mind
What Psilocybin Psychedelic Mushrooms Are Teaching Us About Human Consciousness
Mind
Can Playing Video Games Make You Smarter?
Recommendations From Our Store
My Science ShopDiscover STEM Kits
My Science ShopDiscover 2022 Calendar
My Science ShopStrange Science
My Science ShopElements Flashcards
Shop Now
Stay Curious
Join
Our List