More and more Americans have been getting pups during the pandemic — which can actually boost your overall wellness. 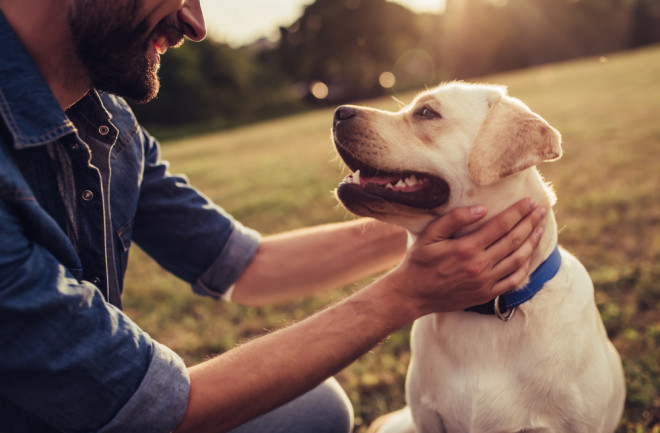 While there’s been plenty of grim news to come out of the COVID-19 pandemic, there have also been a few heartwarming trends, too. For one, since March animal shelters throughout the U.S. have seen a significant spike in animal adoptions and foster care placements — particularly for dogs.

As people settled into quarantine, shelters across the country began reporting an unprecedented amount of requests by people wanting to adopt dogs. In addition, Kitty Block, CEO and president of the Humane Society of the United States, says that in March and April the number of nationwide foster animal placements increased by 40 to 50 percent from 2019. During one week in March alone, placements soared by 790 percent compared to the same time period last year.

This boom in adoptions and foster placements stems from an obvious cause: For people stuck at home, the idea of animal companionship is now more appealing than ever. And studies from experts in human-animal interaction have shown that dogs can have a measurably positive effect on your mental health.

Even limited interaction with dogs and other animals can have a beneficial impact on humans. Last year, Patricia Pendry, a human development researcher at Washington State University, led a study that tested college animal visitation programs, where domesticated animals are brought on campus during exam weeks to provide stress relief for students.

Researchers divided 249 participants into four groups, who were then given 10 minutes to interact with dogs and cats to varying degrees. One group was allowed to pet the animals, another watched dogs receive pets and a third was simply shown images. The participants’ saliva was tested for cortisol, a stress hormone, before and after. The researchers found that cortisol levels significantly decreased among students who directly pet dogs during that 10-minute interval.

Pendry says that her study did not differentiate how dogs impacted stress relief compared to cats, so it’s unclear if dogs decrease cortisol levels more effectively than their feline friends. She suspects that depends on a person’s personal preference, but notes that the stress relief benefits of dog-human interactions tend to be more visible due to the animal’s energetic behavior.

“Dogs tend to be animals who very actively seek out interaction with people,” says Pendry. “They make eye contact; they enjoy being pet. They evoke in people that feeling that it’s all about them. They just seem completely thrilled to interact with the individual and people end up feeling very loved and attended to and special. That's very appealing.”

Spending time with dogs can also help those struggling with serious mental health issues such as post-traumatic stress disorder. In a study published in March, Florida Atlantic University nursing researcher Cheryl Krause-Parello and her colleagues looked at how walking with shelter dogs impacted veterans suffering from PTSD. Over the course of four weeks, 33 veterans took part in weekly 30-minute dog walks. The scientists measured psychological and physiological stress indicators, like cortisol levels and heart rate variability, among the participants both before and after the strolls. A control group walked with another human instead of a dog.

The study found that walking with dogs tended to decrease signs of PTSD — particularly variability in heart rate — in veterans with severe symptoms more than walking with another human. Krause-Parello says that the study is preliminary, but it does suggest animals can help relieve the effects of PTSD. Plus, that animal companionship can have measurable benefits for veterans. She adds that the study was set up so veterans could adopt a shelter job and have their adoption fee covered. Afterwards, several of them choose to do so.

“We had the veterans pick the dog’s names out of the hat,” says Krause-Parello, who also directs Canines Providing Assistance to Wounded Warriors, a research initiative that examines how dogs influence the health and well-being of veterans. “We didn’t want anyone to get too attached to one of the animals in case they got adopted. But one of them picked a name out of the hat, walked the dog, and immediately came back and put in an application to adopt that dog. That was really fun.”

Pendry notes that it’s important to consider how these interactions impact both the human and the animal. Animal-human interplay can be mutually beneficial, helping improve the health and well-being of the animal while also providing mental health benefits for the human.

“When we’re studying marital functioning, for example, you wouldn’t just ask one spouse, you ideally take both perspectives,” Pendry says. “That’s the same with human-animal interactions — we have to consider the well-being and functioning of the animal, because there’s a lot to be gained for them, as well.”