Let's Journey Through the Mind of a Dog 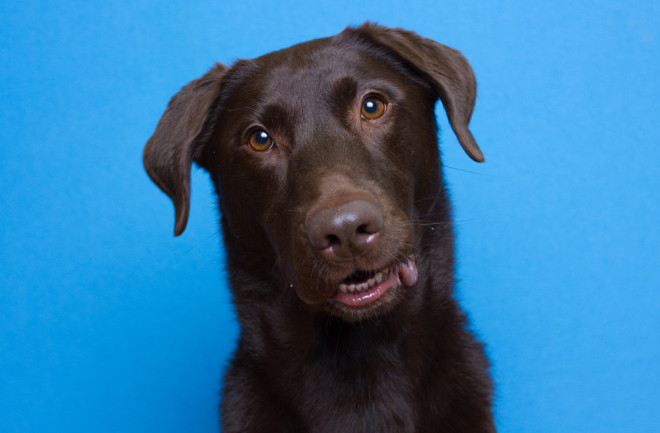 Inside a dog’s furry head are millions of neurons firing away, passing chemicals to one another and generating thoughts. We may guess at what our canine pals are thinking about: food, a walk, their loving owners.

But for all the time humans spend interacting with dogs, their thoughts largely elude us, and it’s easy to see why: dogs can’t speak their minds (at least in any language we know). But we still are curious about our best bud’s mindset, and scientists have devised creative methods to get into their heads. While our grasp of canine cognition may never approach what we know of the human psyche, the latest research has yielded tantalizing nuggets about the inner lives of dogs.

The age-old question of who is smarter, cats or dogs, was purportedly answered last year when scientists counted the neurons in the brains of both species, along with a few others. The authors proposed that the number of neurons in the cerebral cortex is a good proxy for how “cognitively capable” a given species is. Dog lovers rejoiced as dogs were deemed the brighter of the pair. But Barnard College dog cognition expert Alexandra Horowitz says comparing intelligence across species is illogical.

“Intelligence is skill at doing something the society values,” she says. What’s valuable for a dog may be irrelevant to a cat or bear or racoon or human.

There is one animal that may be similar enough to dogs to make useful comparisons though: human-raised wolves. One study challenged both canines to open a lidded container baited with a treat. Only a tiny fraction of dogs got the container open compared to a 100 percent success rate for wolves. The dogs looked back at the human in the room more often than the wolves did, and it was only when the human encouraged the dogs that their results improved—but only slightly.

Their poor performance may mean dogs are duds when it comes to solving puzzles, though some argue that looking to humans is actually a clever problem-solving strategy. How many times have you found yourself on all fours reaching under the couch for your buddy’s favorite ball? You know that look.

Study author Monique Udell, an animal behaviorist at Oregon State University, has another interpretation: ever-social dogs were simply more excited about the prospect of interacting with people than completing the task at hand.

Solving problems solo may not be their forte, but ethologist Ádám Miklósi from Eötvös Loránd University in Hungary thinks dogs are gifted when it comes to comprehending the “complex verbal utterances” of humans. Owners certainly talk a lot to their pooches. To find out how much dogs are paying attention, Miklósi and his colleagues imaged the brains of dogs trained to lie still in an MRI scanner as a trainer spoke to them using combinations of praising and neutral words and tones. Hearing a positive-sounding voice triggered one region of the dogs’ brains, while an entirely separate part of the brain was activated when words of praise (e.g. the Hungarian equivalent of “good boy”) were spoken in any tone. The results suggested that both the words we say and how we say them matter to dogs.

The size of their vocabulary, however, varies greatly from dog to dog. Some may be hard-pressed to learn their own names, while others eagerly absorb slews of words. The record goes to an impressive border collie named Chaser who learned the names of 1,022 toys over three years of intensive training.

It’s not only verbal cues that dogs pick up on. It also helps to talk with your hands.

“We take it for granted that dogs can effortlessly use our point to find a hidden toy or morsel of food, but this ability is unique in the animal kingdom,” says Brian Hare, a canine cognition expert at Duke University. No other species, he says, can decipher human gestures as well as dogs can. “Dogs are genius in their ability to read human social cues.”

Dogs may be able to learn our words and body language, but can they read our minds?

‘Theory of mind’ is the understanding that others have their own mental states, beliefs, and knowledge that differ from one’s own. The challenge of detecting it in animals is gauging what they know about another’s mind without being able to ask them.

“You have to come up with proxy measures,” says Udell.

Her experiments showed that dogs begged more for treats from a human who was looking at them than one who was turned the other way. That could mean that the dogs understood that the one person could see them and the other could not, she says, but it’s also possible that the dogs were oblivious to what the humans saw or didn’t see—they simply knew from experience that food is more likely to appear when they beg someone who is facing them.

“Dogs certainly have some cognitive skills that are needed for theory of mind,” says Miklósi, though he expects that their version of it differs substantially from that of a human adult.

Few would doubt that dogs can feel basic emotions like happiness and fear. Then there are more complex emotions, like shame and guilt, which are harder to pin down in animals. Dog owners often claim to know when their pets have committed an offense just by looking at them. But by setting up an experiment in which owners were misinformed about whether their dogs had eaten a forbidden treat, Horowitz discovered that those so-called guilty looks might mean something else.

“What looks like a guilty look in dogs is actually prompted by human scolding,” she says. Even dogs that had obeyed a command displayed the guilty look if they were reprimanded by their owners. It doesn’t mean dogs are incapable of guilt, but the research showed that what people interpret as a guilty dog face is actually fear of scolding.

Empathy is another complex emotion, and there is some evidence that dogs can feel it. Psychologists have claimed that contagious yawning is linked to empathy in humans—those who yawn back are thought to be empathizing with the initial yawner’s feelings of boredom, fatigue or stress. Humans, chimpanzees and baboons all pass yawns to members of their own species, and according to one study, dogs can catch yawns from humans—but not all humans. The tested dogs tended to yawn after their owners did, but were immune to the yawns of strangers, suggesting they had stronger emotional connections to the people they cared about most.

Other research has hinted that dogs can read human emotions. For example, when dogs looked at photos of either the top or bottom halves of human faces, they had aversive responses to the angry-looking mouths and eyes but not to the happy ones. A recent study suggests they are also skilled at discerning the emotions of other dogs; they can match playful-sounding barks to photos of play faces, and aggressive barks to scowling faces, with great accuracy.

It’s no secret that dogs hanker for treats, but research suggests they are just as content to get lavished with praise. Brain images of dogs looking at either food or their owners praising them revealed that both food and praise equally triggered the caudate nucleus—a brain area linked to reward in humans—in most dogs. Gregory Berns, a neuroscientist at Emory University and the study’s lead author, believes the results confirm that bonding with humans has value to dogs that goes beyond treats.

“I think there’s a broad consensus that they’re not just Pavlovian machines in it for the food,” he says.

Chemicals in the brain help to reinforce that human-canine bond. When owners pet or lock eyes with their furry companions, both brains—the dog’s and the owner’s—get flooded with the hormone oxytocin, which produces a host of good feelings like trust and affection.

Dogs’ affinity for human interaction may go even deeper—it may be coded in their DNA. Last year, Udell and her colleagues discovered that dogs have some of the same genetic characteristics as people with Williams-Beuren syndrome, a disorder marked by unusually extroverted personalities, lack of fear of strangers, and difficulty solving independent problems. Wolves do not share those genetic anomalies, which might explain why even wolves that have been socialized by humans aren’t nearly as desperate for love and attention as dogs.

We’ll probably never know what’s going on inside a dog’s head when they suddenly spring into action and run 50 laps around the living room, or whether they love you for who you are or because you are the keeper of treats. But the scientific inquiry into the canine psyche has yielded some interesting findings, and in its own way, brought us closer together.