VIDEO: The %$#@ing Science of Swearing

Researchers say swearing might actually be good for you. #%$@ yeah! 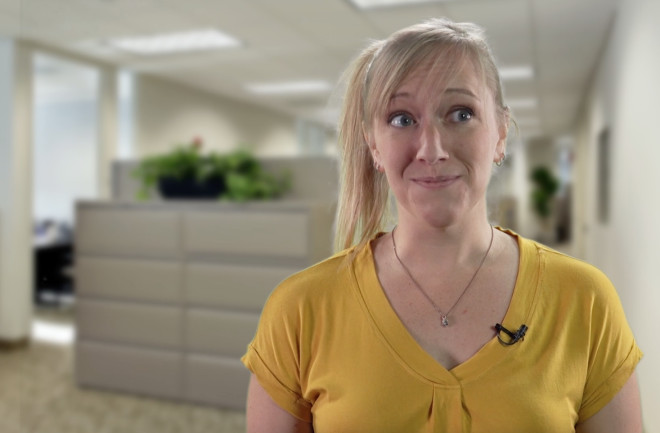 Yeah, me too. But the good news is scientists say swearing might actually be good for you.

For one thing, researchers have studied the effects of swearing on pain. I know I’ve certainly let out a few choice words after banging my knee on the corner of the coffee table.

But for years, some pain specialists thought cursing didn’t help in those situations. If anything, they thought the opposite was true — that swearing actually “catastrophized” the situation, meaning being dramatic did nothing but make the pain seem worse than it actually is.

Curse the Pain Away

But a couple studies have shown that swearing actually increases your pain tolerance.

In one study, researchers had a bunch of college students plunge their hands into ice-cold water. Voluntarily, of course. They had them hold it as long as they could handle it, all while repeating a swear word of their choice.

Their comparison was having the students do it while saying a neutral word, like “fork.” But they found that it didn’t work as well. The students had more stamina while swearing.

The researchers also found that people’s heart rates went up while they were swearing. This suggests that cursing triggers your “fight or flight” response — it’s like an alarm bell that makes your body more alert and defensive.

A different study found that letting out a few choice words during a workout can actually make you stronger. This time, they found that participants who cursed aloud while gripping a hand vise were able to squeeze harder.

Experts think the reason for this is that taboo language evolved as sort of an emotional release valve.

Besides helping you physically, research has found that cursing can influence our social dynamics, too. A 2012 study found that arguments can be more effective and persuasive with some tactful swearing. It’s also a much safer way to communicate your emotions than, say, violence.

And while some people think swearing is an unsavory behavior, a recent study found that people who curse have a higher degree of integrity. Scientists surveyed participants about how often they used profanity, and then gave them a series of tests to determine how truthful they were. The people who cursed the most were also the most honest.

Another common assumption is that people who use obscene language aren’t very bright — that they lack the vocabulary, education or even intelligence to express themselves in other words. It’s the idea that, when language fails, we curse.

But experts say: wrong again. That’s just a stereotype. A team of psychologists put it to the test by having volunteers think of as many words beginning with a certain letter of the alphabet as possible in one minute. Then, they had them rattle off as many swear words as they could within the same time frame.

They found that a person’s fluency in the English language was correlated with fluency in swearing — people who were better at one were also better at the other. That means swearing might actually be a sign of greater intellect, not less, and a more robust vocabulary.

That’s a bit of a relief. At least your potty mouth is something you can stop worrying about — when in the right company, of course.

So, the next time you stub your toe, or get cut off in traffic, or are just generally fed up with the state of the world — just let the filth fly. I promise it’ll #&%$ing help.

Anna Funk is associate editor for Discover. Follow her on Twitter @DrAnnaFunk and check out our YouTube channel for more videos. This story is based on reporting by Alex Orlando. Read his story here.