Oregonians can consume psychedelic “shrooms” in supervised settings, but who are the supervisors? 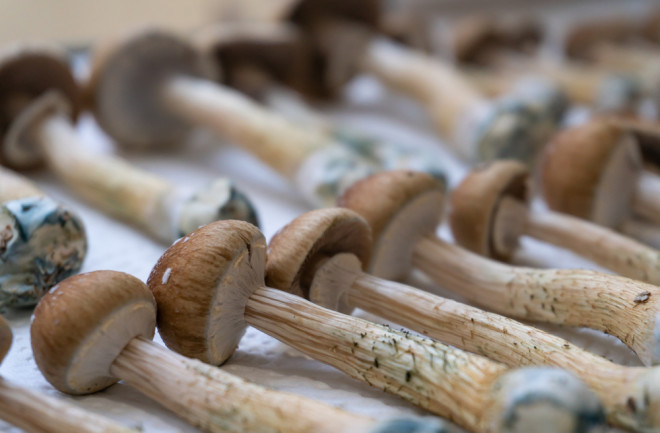 In January 2023, the state of Oregon became the first state in the U.S. to allow for the controlled consumption of psilocybin, an active psychedelic ingredient in over 200 separate species of "magic mushroom.” It's famous for inspiring intense changes in a person’s consciousness and perception.

As other states may accept the substance, too, the Oregon Health Authority (OHA) specifically signed off on supervised service centers for psilocybin. Once in operation, adults ages 21 and above can come to these spaces to consume a single form of psilocybin, called Psilocybe cubensis, safely and securely.

The trick to this framework is that the consumption of psilocybin can occur in these centers and these centers only. And it is there that state-certified "facilitators" come into play, administering the substance and supervising any and all trips that the ingestion of the shroom-y substance induces.

Though these service centers are anticipated to start opening soon, sometime in 2023, there are still several questions that swirl around their operation. For instance, who will supervise these "magic mushroom" trips, and what, specifically, will the task involve?

Intended to assure that the consumers stay safe throughout their trip, the OHA calls for facilitators to screen consumers for any conditions that could cause an adverse response to psilocybin. The agency also adds that they should advise, approve and supply the precise amount of psilocybin appropriate for specific clients and create a comfortable, supportive space, preparing them for their trip and providing integration services in the aftermath. And all that requires training.

In fact, to take on the facilitator title, an individual must complete one of several state-approved training programs. The instruction features a variety of topics tied to psilocybin, including its chemical composition and the purpose, process and safety of its consumption. These programs also contain in-person components in which trainees “facilitate and observe the facilitation of non-ordinary states of consciousness.”

After completing their program and passing their final test, the trainees that are found fully “qualified to provide psilocybin services” may then apply for approval from the OHA to put their training into practice.

Though these training programs are open to the majority of Oregonians, some are packed with people tethered to the fields of psychology and psychiatry, including seasoned therapists and trauma specialists. Many of these trainees think that psilocybin could treat the core causes of certain mental conditions much more thoroughly than the most common treatments currently in the field, including prescription medications.

In fact, thought to promote reorganization and the restructuring of the brain, scientists suspect that psychedelics can cause individuals with mental illnesses to adopt more positive patterns of ideation.

Psilocybin, in particular, shows significant potential as a treatment for depression, anxiety and an array of other illnesses. It also sustains the “breakthrough therapy” status from the Food and Drug Administration (F.D.A.) that allows its ongoing involvement in clinical trials.

Though negative physical responses to the psychedelic remain a rarity, the OHA requires facilitators to recognize these reactions and immediately respond if clients need additional medical attention. Moreover, facilitators are also meant to serve as a source of impassive, non-intrusive support, assisting individuals throughout their trip without shaping or suppressing their thoughts and feelings.

More From Discover
Health
There's a New FDA-Approved Drug to Treat Alzheimer’s
Health
Dry January Can Help You Form Healthy Habits
Planet Earth
These 5 Animals Trip on Psychedelic and Psychoactive Drugs, Too
Health
Deadly Animal Venom Could Lead To Pharmaceutical Breakthroughs
Health
Delta-8-THC Promises to Get You High Without the Paranoia or Anxiety
Health
Mixing Weed And Alcohol? Crossfading Does This To Your Body
Recommendations From Our Store
My Science ShopDiscover STEM Kits
My Science ShopDiscover 2022 Calendar
My Science ShopStrange Science
My Science ShopElements Flashcards
Shop Now
Stay Curious
Join
Our List