The Many Health Risks of Animal Hoarding

Hoarding is classified as an obsessive-compulsive disorder and inflicts at least 2 percent of Americans. When it involves animals, a host of health risks can come into play. 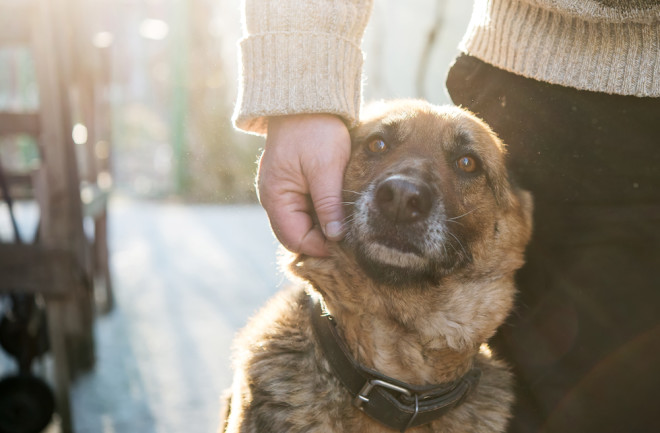 In late January, Stephanie Salvago stood outside a mobile home in Walker County, Alabama.  She looked over a scene with more than 100 dogs trapped in crowded pens or tethered to short chains. Other dogs had escaped and were running loose.

Salvago was with the Greater Birmingham Humane Society, one of several animal welfare groups the county sheriff’s department asked to help with a dire rescue. Along with an animal control officer, Salvago decided to step inside the house to assess the situation.

“We went in with nothing but our masks,” Salvago says. “We were probably in there for about 45 seconds before we had to exit the house. The fumes were unbearable.”

Inside the house, another 40 dogs were living in their own filth. The rescue team opened windows and began lifting out those that ran up to them. While they waited for firefighters to arrive wearing hazmat suits, the team began numbering the rescued dogs and sending them to medical triage.

“It was probably as bad as you can imagine. It was a trailer filled with close to 40 dogs, all using the restroom in there,” Salvago says.

The two men who lived on the property had moved out of the house and were living in their car. They were arrested on dozens of counts of animal cruelty.

While psychologists are learning more about what motivates a person to hoard animals, scientists are also discovering the biohazards associated with animal hoarding. The toxicity can be lethal to both the animals and the humans.

Animal hoarding is categorized as a hoarding disorder under the category of obsessive-compulsive and related disorders in the Diagnostic and Statistical Manual of Mental Disorders-5 (DSM-5) by The American Psychiatric Association. Hoarding was first included in DSM in 2013, and it’s thought to affect 2 to 3 percent of people in the U.S.

Although official numbers of animal hoarding are unavailable, some behavioral scientists estimate as many as 250,000 animals per year are effected by animal hoarding in the U.S..

The DSM-5 defines animal hoarding as the “accumulation of a large number of animals,” and the inability to care for these animals with proper nutrition, sanitation and medical treatment. Similar to people who hoard objects, people who hoard animals live in disorganized spaces and they have a hard time relinquishing their collected items. People who hoard animals, however, are more likely to live in squalor. Their homes are typically contaminated with animal feces and urine, as well as the bodies of dead animals.

The extent of animal hoarding varies, and social workers have developed a rating scale to distinguish between levels of severity. Level 1 is a cluttered, but functional home that possesses some odors; level 5 is too filthy to be inhabited.  Starting at level 3, clutter can span from floor to ceiling. At level 4, a crime scene cleaner is needed to sanitize the house.

Even at the earliest stages of hoarding, a person can be exposed to lethal bacterial, fungal, parasitic and viral diseases.

Inside an Animal Hoarding Home

One study in Health & Social Work examined 71 case reports of animal hoarding situations, and categorized 93 percent of the residences as not fit for habitation due to extreme clutter and poor sanitation. Often, the homeowner avoided having repair technicians come into the residence to fix broken appliances or plumbing fixtures. The case reports documented nonfunctioning toilets or bathtubs, which made it more difficult for the homeowner to clean up after messes.

Clutter was so extreme in 80 percent of the homes that caseworkers listed tripping on debris as a safety danger, and 70 percent of the homes listed fire hazards. The study also found extreme levels of ammonia due to the animal urine and feces. Exposure to higher levels of ammonia can cause respiratory irritation, and in drastic cases, pulmonary edema. Although the study did not have consistent data on ammonia threshold limit values (TLV) in the case reports, one home had a highly toxic TLV of 152 parts per million (ppm). In comparison, most government agencies limit worker exposure to 25-35 ppm.

Animal waste in a hoarding situation can also expose a person to zoonotic diseases if they come into contact with animal feces, saliva or insects that transfer disease from pets to people.  Bacterial infections can include cat scratch disease, campylobacter, methicillin-resistant staphylococcus aureus (MRSA) and salmonella. Parasites such as cat tapeworm, cryptosporidiosis, giardia, hookworm and roundworm can also be passed from animals to humans.

Not surprisingly, exposure to high ammonia levels and infectious diseases is also harmful to the animals. A 2014 study in The Veterinary Journal examined medical records from four large-scale cat hoarding situations, ranging from 387 to 697 cats. Most of the cats, 78 percent, had the respiratory diseases mycoplasma or calicivirus. Eighty-eight percent had the viral infection feline enteric coronavirus, and the study authors concluded that rescue teams should be prepared for “mass treatment of infectious diseases.”

In the Alabama case where Salvago assisted, rescue teams came prepared. A medical tent was set up outside to provide emergency care. In the coming days, the dogs received deworming medicines, proper nutrition and antibiotics when needed. Salvago says some of the dogs were injured from being in the cramped house; others had fight wounds.

The puppies and younger dogs that were less traumatized were taken by rescue groups, many of them out of state, and put up for adoption. However, Salvago says other dogs may need more training and socialization before they can be put up for adoption.

“A dog from a hoarding situation is not a typical dog,” she says.