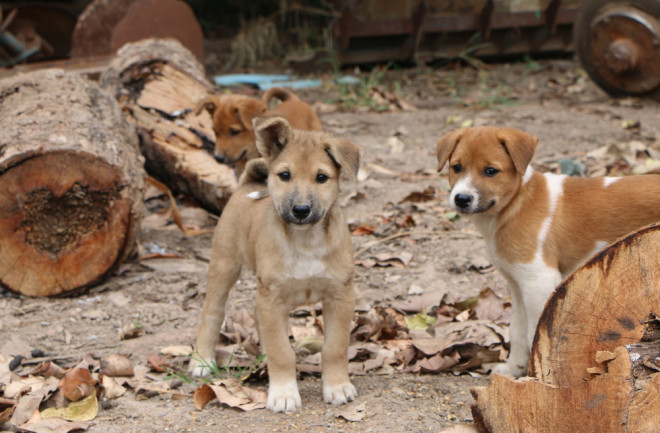 The “cat lady” may be more than just a stereotype. After investigating roughly 30 people who collected nearly 1,400 animals total in southern Brazil, researchers now suggest that such men and women are afflicted with what they called animal hoarding disorder—not to be lumped in with object hoarding.

The first scientific reports of people living with an excessive number of animals first appeared in 1981. Animal hoarding is currently thought of a variant of hoarding disorder, in which people have both the compulsive urge to acquire unusually large amounts of possessions and difficulty in disposing of them, regardless of their value.

However, animal hoarding should be recognized its own unique mental disorder, separate from object hoarding, say psychologist Elisa Arrienti Ferreira at the Pontifical Catholic University of Rio Grande do Sul in Brazil and her colleagues. They base their argument on their investigation of 33 people who amassed 915 dogs, 382 cats and 50 ducks in the southern Brazilian city of Porto Alegre.

Local authorities reached out to the scientists because of problems that people had with the noises and smells from the animal hoarder homes. On average, each hoarder had roughly 41 animals.

The animal hoarders did not merely have a lot of animals. They also usually failed to provide these animals with minimum standards of nutrition, sanitation and veterinary care. “With animal hoarders, when you have a lot of animals, you start to lose your capacity to know them and really care about them,” Ferreira said. “We saw animals that were starving or injured or sick. Fights and cannibalism happened among the animals. Animals died and the hoarders didn’t bury them. It was really sad.”

Nearly 73 percent of these animal hoarders were women. On average, the animal hoarders were about 61 years old, and had hoarded a large number of animals for about 23 years. “We can speculate that gender or age plays a role in the disorder, but we don’t know for sure yet what that role might be, if any,” Ferreira said. “We have to do more profound research to understand the causes or to even start thinking about specific treatment protocols.”

Nearly 90 percent of the animal hoarders lived alone. “They used to have families, but their families abandoned them,” Ferreira said. “Their families may have tried a lot of things to help, to take them to psychologists or physicians or social workers, but nothing helped. The conditions for the animals is bad, but the conditions for the people are as well — they don’t shower or brush their teeth or cut their nails, because they don’t have a place to do it. Everything is so sad.

“Some people did tell us that they started to collect animals, say, ‘When my son died,’ or ‘When I suffered an accident and couldn’t work anymore,'” Ferreira noted. “So for at least some of these people, they had trauma and then they started to hoard animals.”

The scientists want to distinguish animal hoarding from object hoarding because they are marked by significantly different attitudes and behaviors, Ferreira said. “When you talk with object hoarders, they talk about hoarding objects because they might need them some day — say, they might read those magazines,” she explained. “But with animal hoarders, you hear, ‘They need me, and I need them. They are important to me; I can’t imagine how my life would be if they didn’t exist. I am on a mission; I was born to do this.'”

The fact that animal hoarders largely do not want to accept help made it difficult for the researchers to even talk with them. The scientists could not reach 37 of the 75 suspected animal hoarders they investigated.

“They are really suspicious — they keep thinking you are there to steal the animals,” Ferreira said. “So it’s really complicated to approach them — you have to establish trust with them, and that takes time, and I think it will be very difficult.”

In the future, Ferreira aims to design a treatment for animal hoarders based on a form of psychotherapy known as schema therapy. The scientists detailed their findings online August 18 in the journal Psychiatry Research.