The Ethics of Joke Science

What happens when scientists publish papers that aren't meant to be taken seriously? Is ironic, satirical and joke science all in good fun, or can it be dangerous? This is the question asked by Drexel University researchers Maryam Ronagh and Lawrence Souder in a new paper is called The Ethics of Ironic Science in Its Search for Spoof. 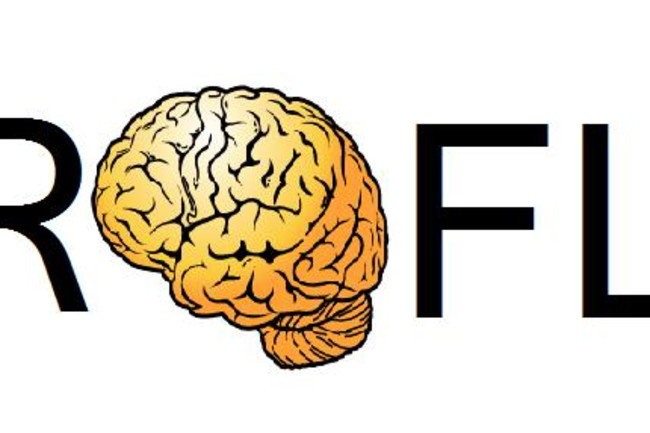 The British BMJ journal is known for an annual Christmas special issue filled with unusual articles. For example, two years ago they explored the question of Why Rudolph’s nose is red. One BMJ Christmas piece from 2001 caused quite a bit of controversy, however, and this paper forms the main topic of Ronagh and Souder's article. It was called Effects of remote, retroactive intercessory prayer on outcomes in patients with bloodstream infection, by Israeli researcher Leonard Leibovici. He reported that prayer was able to help sick people - even backwards in time! Leibovici took some patients' medical records and prayed over them. A control group of patients got no prayers. Group assignment was randomized. The patients had been suffering from septicemia 4-6 years before; many of them were now dead. Leibovici reported that the prayer group had left hospital sooner and had had a lower duration of fever. So not only is prayer effective, it can actually change the past. Leibovici later wrote that he did not personally take these results seriously. They were intended as a reductio ad absurdam of randomized controlled trials for impossible treatments:

The purpose of the article was to ask the following question: would you believe in a study that looks methodologically correct but tests something that is completely out of people's frame (or model) of the physical world... I believe that prayer is a real comfort and help to a believer. I do not believe it should be tested in controlled trials.

Ronagh and Souder trace the subsequent history of this curious paper by tracking its citations. It turns out that a great many authors have taken Leibovici's spoof seriously. For instance, Schwartz, a researcher known for his interest in paranormal phenomena, held it up as among "the largest, most important, and best-funded research studying consciousness and nonlocality". Other scholars cited Leibovici more critically, some calling it "spurious" or the results "ridiculous", but even these authors didn't seem to 'get' the joke: "Very few citations to Leibovici’s paper explicitly recognized its ironic intent". Ronagh and Souder ask: is Leibovici's paper ethically problematic? It was meant as a joke but it was couched in a way that led many people to take it seriously:

Undetected published irony, like retracted research, can lead to some negative consequences. It seemed to lead to wasted research efforts, not just in the original field but also in related and peripheral fields. In his efforts to show the absurdity of studying intercessory prayer scientifically, Leibovici may have unwittingly reinforced in many readers’ minds their hopes for valid results...

They say that scientific spoofs must be clearly labelled as such, so that subsequent readers won't misunderstand them:

Labeling all publications of ironic science as such is needed... At the very least, ironic science should not be indexed by bibliographic databases, where readers would not be able to distinguish it from legitimate research.

Ronagh and Souder conclude by calling for Leibovici to retract the paper:

the blemish on the scientific record left by Leibovici’s paper must be expunged. Though it will be disappointing for the reader and tedious for the author to issue a retraction (much like the anticlimax that results from explaining a joke), Leibovici’s community will not be secure in trusting the research record otherwise.

I disagree with this. While Leibovici's paper was intended as a spoof, Leibovici said that it was nonetheless an accurate description of an experiment. He stated that "the details provided in the publication (randomisation done only once, statement of a wish, analysis, etc) are correct." As a result, I don't think that people who took the paper seriously are in error. They are missing the joke, certainly, but this is not the same thing. It's not as if Leibovici just made up his results. If someone believes in prayer changing the past, then they believe something absurd. Citing this paper in support of their belief doesn't make them more absurd, however. So I don't think this paper or any paper ought to be retracted just "because it's meant as a joke". Quite apart from making science less funny, this would introduce a subjective element into science. Leibovici's "controlled trial" is ridiculous and he knew it. But it would have been ridiculous even if he took it seriously. What matters is not the author's intentions, but the nature of the trial itself.