The Beeblebrox Illusion: scientists convince people they have three arms

Zaphod Beeblebrox is just one ofseveralcharactersfrom science-fiction and mythology to have extra arms. It’s a common enough trope, but would it actually work in real life? Could the human mind, which is so accustomed to controlling two arms, cope with a third or fourth one? According to Arvid Guterstam from the Karolinska Institute, the answer is yes. By placing a rubber right hand next to a person’s real one, and stroking both at the same time, Guterstam managed to convince people that they had a third arm. Guterstam works in the lab of Henrik Ehrsson, who has spent many years studying how we come to feel that we own our body. It’s such a natural aspect of our lives that it seems bizarre to question it. But Ehrsson’s work shows how easy it is to mess with this sense of bodily ownership. With a combination of cameras, virtual reality headsets and well-timed stroking, Ehrsson has managed to convince volunteers that they’re having an out-of-body experience, hovering above their real selves. He has persuaded amputees that a rubber hand was actually their own. And he has fooled people into thinking that they have swapped bodies, even with a person of the opposite gender or a mannequin. Giving people the feeling of owning three arms is just the latest of his sleights of hand. Guterstam’s study goes against the common wisdom that our mental image of our bodies is constrained by our physical selves. For example, a part of the brain called the somatosensory cortex contains a literal “map” of our bodies, with different clusters of neurons matching up to different limbs and body parts. With a lifetime of two-armed experiences, it’s reasonable to think that our brain can’t cope with any more. Now we know that’s not the case. The new trick riffs off the famous rubber hand illusion. Scientists can convince people that a rubber hand is actually theirs by stroking it at the same time as their real hand, which is hidden from view. But Guterstam found a very different effect when people could see their real hand. 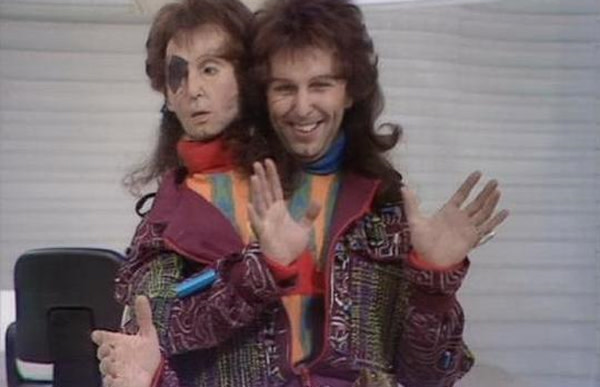 “He relaxed and spread his two arms lazily across the seat back. He steered with an extra arm he'd recently fitted just beneath his right one to help improve his ski-boxing.” – Douglas Adams, The Hitchhiker’s Guide to the Galaxy

He recruited 154 volunteers and asked each one to sit with their arms outstretched, and a realistic rubber arm next to their right one. A cloth obscured both arms above the wrist. Guterstam gently brushed the same finger of both right arms at the same time. Through questionnaires, he found that the volunteers “felt as if the rubber hand was [their] hand” and they “felt as if [they] had two right hands”. As previous studies have found, the illusion only worked if their real and fake fingers were brushed at the same time. Guterstam didn’t just take their word for it – he also looked for physical giveaways. As we get emotionally aroused, we sweat and the extra moisture makes our skin better at carrying electric currents. After Guterstam stroked the real and rubber hands at the same time, he could increase the volunteers’ skin conductance by threatening the fake one with a knife. It was further evidence that they had genuinely adopted the third hand as their own. They still feel closer to their real hand (and are more perturbed if it’s targeted by the knife) but they accept the fake one too. The illusion is the result of the brain’s attempts to resolve conflicting sets of information. It gets information from the skin that a hand is being stroked, but the messages from its eyes clearly tell of two stroked hands. The brain sorts out this apparent mismatch by accepting both hands. As a result, the volunteers think they have three. Indeed, if the information from the senses doesn’t match, the illusion fails. Guterstam showed that volunteers aren’t fooled (or fooled less well) if the fake and real hands are stroked out of time, if the fake hand is turned the wrong way round, if a fake left hand is placed next to the right one, or if a foot is used instead of a hand. These are timely results, especially as other scientists are busy developing increasingly advanced prosthetic limbs that can be controlled by thought. Most of these groups have focused on getting wearers to control the limbs accurately, but they also need to accept them as part of their bodies. Guterstam’s work suggests that this should be possible. Someone with a paralysed limb should be able to accept a prosthetic one, even if that raises their total number to three. The prospect of getting extra mechanical arms might be enticing, but it’s still a long way off. Fooling people who are sitting at a table is one thing. Guterstam needs to see if he can keep up the Beeblebrox Illusion when people are actually performing tasks with the fake arm, and whether they can actually send different instructions to the real and fake limbs. Reference: Guterstam, Petkova & Ehrsson. 2011. The Illusion of Owning a Third Arm. PLoS ONE http://dx.doi.org/10.1371/journal.pone.0017208More on prosthetics: Monkey see, monkey control prosthetic arm with thoughtsMore on illusions: