If you do something over and over, it starts to follow a formula — like a baseball player tugging on their hat before the pitch. Scientists are learning how different brain regions work together to perform these skilled movements. 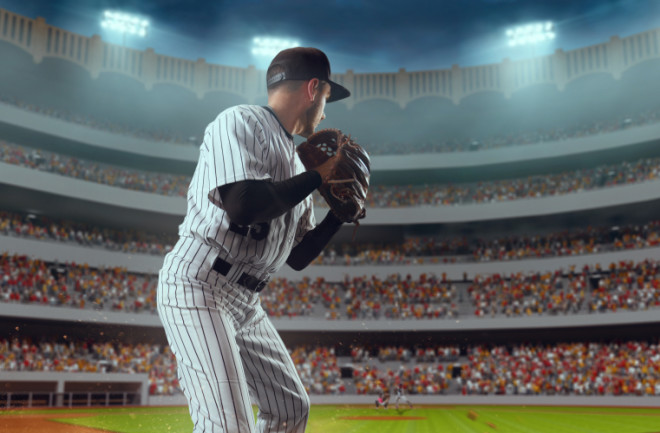 When all-star baseball player Normar Garciaparra stepped up to the plate, he had a ritual to perform before he could bat. First, he adjusted the Velcro straps on his batting gloves. He patted both his arms, then his hips. He crossed himself and touched his cap. He tapped his feet as he swung his bat multiple times in a windmill motion.

The ritual worked for Garciaparra. He spent 13 years in the major leagues, nine of which were with the Boston Red Sox.  He twice held the title of the American League’s leading hitter, and was the first right-handed hitter to do so since Joe DiMaggio in 1940.

Garciaparra, however, was likely unaware of his movements as he went through his pre-bat ritual. Scientists have learned that once people develop a formulaic way of performing a task, they no longer have to think about it. Researchers are now trying to understand how the brain learns, repeats and perfects these repetitive movements.

Scientists know that multiple parts of the brain are involved in unconsciously learning and performing such skillful tasks. Although their findings can help athletes train better, scientists also hope learning about the cognitive processes behind complex skilled movements could one day help people regain function after incurring brain damage from disease or trauma. And they are doing so with the help of "dancing" rats.

Parkinson’s disease affects the basal ganglia, which scientists once thought was a “go-through station” for the control of behavior, emotions and movement. In the last 15 years, however, researchers have learned that it's actually far more complex.

To learn more about the basal ganglia’s role in learning, researchers at the University of Maryland School of Medicine and Harvard University taught lab rats how to press on a lever for 1.2 seconds in order to get a drink of water. The movement was new for the rats, because they couldn’t just swat the lever, they had to actively press it down for a moment.

In learning how to press the lever, each rat developed its own little move. One rat tapped its little feet. Another stuck out its tongue. One liked to scratch the wall. The researchers referred to these movements as “dancing.” The researchers recorded the movements and replayed the video in slow motion to confirm that these tics were consistent. One rat, for example, scratched at the wall seven times when pressing the level.

The rats’ dance moves were part of their individual learning process, and they maintained these associated motions after the skill was acquired. The researchers likened the experience to a baseball pitcher who tugs on their baseball cap before the windup. These players likely developed the tugging habit during the learning process and continued to performit when pitching.

Researchers then taught (or at least attempted to teach) the lever press task. Both the control rats and the ones with the DMS lesions were able to learn the task at a relatively similar rate. None of the DLS-lesioned rats, however, were able to learn the task within 30,000 attempts. A portion of the DLS-lesioned rats were selected to continue training for another 30,000 attempts, but they still couldn’t make it happen. The results led the authors to conclude the basal ganglia area of the brain is essential for learning.

Disconnecting from the Dance

To do so, researchers worked with rats who had yet to learn the lever press task. They injected the rats’ motor cortex with a virus that quieted activity between that region and the basal ganglia. When they tried to teach the rats the task, they found the rats lost their ability to create the dance moves that helped the other rats learn. They concluded there was a dependency between the two regions.

The researchers next worked with rats who had already been trained in the lever press task. They targeted the thalamus and used the virus to disconnect activity with the basal ganglia. When the thalamus and basal ganglia disconnected, the rats remembered to press the lever, but not to hold it. They also didn’t do their respective pre-press dance move and simply swatted at the lever.

The scientists concluded that multiple parts of the brain are involved in learning and executing motor control, and they believe identifying these regions can help researchers better understand how to help people regain lost function. They plan for their rat-dance studies to help contribute to treatment for Parkinson’s disease, strokes and any other trauma to the regions of the brain that help with motor function.