So Unfair! How the Brain Responds to Injustice 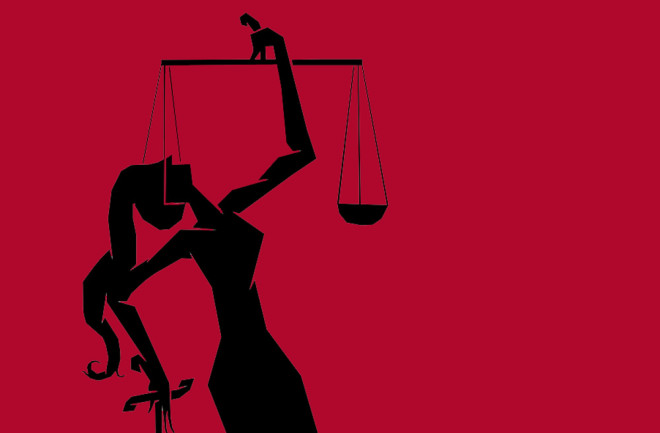 (Credit: Shutterstock) In this cruel world, it's impossible to navigate from cradle to grave without experiencing the bitter fruits of injustice. But bitter fruits, it turns out, are better shared. According to findings from a study published Monday in the journal JNeurosci, punishing the wrongdoer seems to be more rewarding than helping out the victim. The participants, 53 males (a bit skewed, I'd say), all played a two-player game designed to analyze how people perceive and respond to a thief. Each player — the taker and the partner — started with 200 chips. Taker could steal up to 100 of the partner's chips, and the partner could retaliate by spending up to 100 chips to reduce the taker's stash by up to 300 chips. Study participants played either a partner or observer role, and they could decide to spend chips to help out the partner or punish the taker. Researchers found that people reacted differently to unfairness, and their reaction largely depends whether the injustice happens to them. The men were happy to deliver more punishment to the taker when their chips were ripped away from their stash, as opposed to when they just watched someone else’s chips be stolen. Before beginning the experiments, the men used a nasal spray that may have included oxytocin, a powerful hormone and neurotransmitter that's thought to play a role in cooperative behaviors, empathy, generosity and even orgasms. In a November 2017 study, for example, oxytocin was associated with sticking in to free-riders to preserve group cooperation. Subjects who were given oxytocin reported more anger toward loafers than in a placebo condition. Researchers concluded that neural circuits underlying altruistic punishment—a third party weighing in on a rift between victim and abuser—were partly targeted by the oxytonergic system. In the current study, men who were given oxytocin were likely to dole out a higher frequency of punishments, but more mild, a 'slap on the wrist', when administering discipline. During the games, each man’s brain function was also monitored. When deciding to punish the wrongdoer, scientists saw increased activity in the ventral striatum — a brain region that's been linked to reward processing—as compared to helping the victim. "This finding suggests that, in the present paradigm, punishment may have been preferred over compensation, because punishment was experienced as more rewarding," the authors wrote. Past studies have shown mixed results as to whether people prefer punishment over compensation. The authors note this could be due to the use of different methods, such as having people play different types of games. “The present findings not only provide more insight into the fundamental brain mechanisms underlying punishment and compensation, but also demonstrate how combining a computational approach with neuroimaging methods can help disentangling the psychological motives underlying complex decision-making processes,” the authors wrote.