Scientists Aren't Sure How the Inner Voice Works

Most people experience conversations and see images in their minds, though the mechanics have proven difficult to nail down. 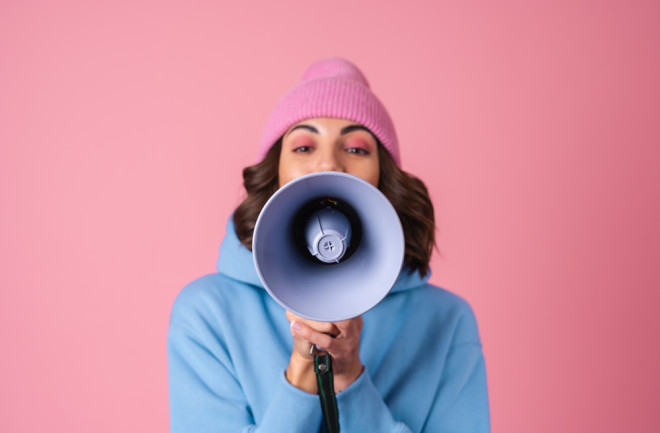 Many of us have a consistent dialogue running in our heads that we use for a variety of mental tasks, such as working memory — reciting phone numbers or new friends’ names — and reading. Despite its important presence in most people’s daily lives, we know surprisingly little about how it works — or how many of us actually have one.

Everyone knows we can’t read other people’s minds. But as anyone who has tried meditation can tell you, it’s surprisingly difficult to figure out what’s going on even in our own heads. Russell Hurlburt, a psychologist at the University of Nevada, Las Vegas, wants to change that. As a graduate student in 1973, he came up with something called Descriptive Experience Sampling (DES), a way to investigate inner speech. Long before most of us had smart phones all but glued to our bodies, Hurlburt designed a beeper that research subjects wore in their ears and sounded randomly throughout the day. When the beeper went off, the subjects jotted down what was going on in their minds just before.

According to Hurlburt, it’s so difficult to study inner voices because people have what he calls “presuppositions” about what’s going on in their minds. Respondents will typically describe what they think researchers want to hear rather than their genuine thoughts, he says.

But people can learn to pay closer attention. After half-a-dozen or so beeps, Hurlburt (and later, other researchers trained in the method) would meet with the subjects and carefully question the notes they’d made. This effectively trained the subjects how to capture those fleeting thoughts as accurately as possible.

As more research has emerged over the decades, it turns out that inner speech is both more complex and possibly less ubiquitous than most of us thought.

Not All Minds Speak Alike

While DES is still used, newer techniques and technologies, such fMRI, have aided the study of inner speech. A 2019 Frontiers in Psychology study used fMRI to probe what was going on in the brain when people experienced inner speech. In alignment with other similar research, the team found that while some inner speech involves complete sentences and even whole paragraphs (such as rehearsing a conversation you plan to have with your boss), some of it is more fragmentary — just a scrap of a thought here or a word there.

And as Hurlburt has discovered after decades of helping people peer into their own minds, there is a huge amount of variation from person to person. Some people hear inner voices that may sound like recordings while others describe it as much more vague and fuzzy.

Research from Hurlburt and other scientists — along with plenty of anecdotal evidence — has indicated that some people don’t hear inner speech at all, or at least not according to their definition of it. In a 2010 Brain Research Bulletin study, 7 percent of subjects did not report having an inner voice.

That doesn’t necessarily mean those people don’t have one, though. It depends on how you characterize the inner voice, says Ethan Kross, a psychologist at the University of Michigan and author of Chatter: The Voice in Our Head, Why It Matters, and How to Harness It. Virtually everyone can hold information, such as a phone number or a set of directions, in their verbal working memory, he says. By that criterion, we probably all have some sort of inner voice.

However, Kross adds, “As you move up the ladder of complexity in terms of the functions an inner voice serves, I think you see more variability in the degree with which people engage in [inner speech].”

The Mind as a Streaming Service

Our minds not only have soundtracks, but they also offer video entertainment by way of mental images. Most people can conjure at least a fuzzy image of, say, their bedroom. Still, it isn’t universal. Those who can’t form mental images experience aphantasia, a term coined in 2015 by researchers who first identified the condition. It’s thought to affect between 2 and 5 percent of the population.

There may be a strong link between aphantasia and the lack of an inner voice, also known as anauralia, according to a 2021 Frontiers in Psychology study that asked participants to fill out a variety of questionnaires about the vividness of their visual and auditory imagery.

Though it wasn’t a perfect overlap, most people who did not see mental images didn’t hear an inner voice either. The reason for the possible connection remains unclear.

While there is still much to figure out about aphantasia, people with this condition tend to have typical working-memory capacity and long-term memory, says Jane Jacob, a cognitive neuroscientist at Louisiana Tech University who specializes in visual information processing. Their IQs tend to be normal or above average, and they don’t seem to exhibit any major differences from most people.

So far, research on anauralia is scarce. But if you do have an inner voice, that is not necessarily a cause for alarm. Although hearing voices can be associated with certain mental conditions, most of the chatter that goes on in our heads is perfectly normal, Kross explains. When you’re standing in the produce section silently reciting your grocery list, there’s no need to call your doctor.