People prefer mates with a 22% resemblance to themselves. 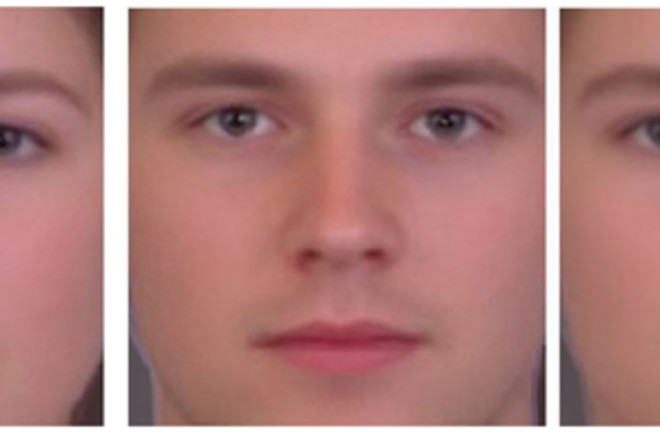 People generally prefer mates that resemble themselves (except perhaps when they're stressed out). But how much of a resemblance is ideal? Too much, and you risk mating with a close relative, but not enough and maybe you end up mating with someone from a warring tribe. Here, the researchers photoshopped people's faces into those of their romantic partners, varying the amount of each face in the resulting blend. They then had the subject rate the attractiveness of each morphed face. They found that adding 22% of the subject's own face made their partner the most attractive (versus 11% and 33%). Not only that, but the subject didn't even realize that their partner's face had been morphed with their own. Apparently we're all just narcissists at heart.

Is beauty in the face of the beholder? "Opposing forces influence assortative mating so that one seeks a similar mate while at the same time avoiding inbreeding with close relatives. Thus, mate choice may be a balancing of phenotypic similarity and dissimilarity between partners. In the present study, we assessed the role of resemblance to Self's facial traits in judgments of physical attractiveness. Participants chose the most attractive face image of their romantic partner among several variants, where the faces were morphed so as to include only 22% of another face. Participants distinctly preferred a "Self-based morph" (i.e., their partner's face with a small amount of Self's face blended into it) to other morphed images. The Self-based morph was also preferred to the morph of their partner's face blended with the partner's same-sex "prototype", although the latter face was ("objectively") judged more attractive by other individuals. When ranking morphs differing in level of amalgamation (i.e., 11% vs. 22% vs. 33%) of another face, the 22% was chosen consistently as the preferred morph and, in particular, when Self was blended in the partner's face. A forced-choice signal-detection paradigm showed that the effect of self-resemblance operated at an unconscious level, since the same participants were unable to detect the presence of their own faces in the above morphs. We concluded that individuals, if given the opportunity, seek to promote "positive assortment" for Self's phenotype, especially when the level of similarity approaches an optimal point that is similar to Self without causing a conscious acknowledgment of the similarity."

Related content: NCBI ROFL: If I'm not hot, are you hot or not? Physical attractiveness evaluations and dating preferences as a function of one's own attractiveness.