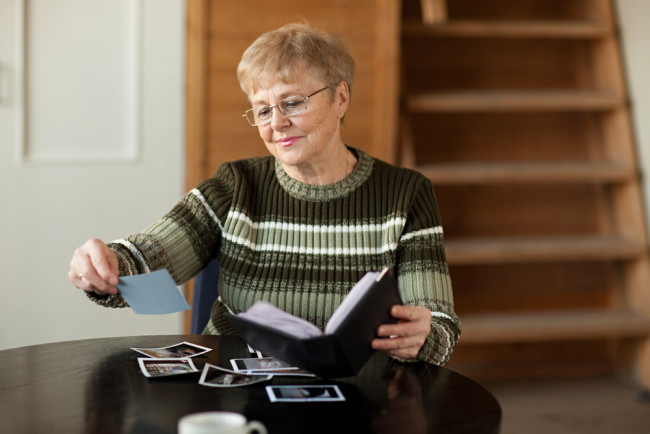 It’s a well-known coping strategy when you’re feeling down to think back on happy memories. And, according to a new study on mice, recalling positive memories could do even more good than we thought: it might increase long-term resilience to stress even more effectively than actually experiencing a new happy event.

Steve Ramirez and his colleagues at MIT began by creating a happy memory for the mice: researchers let male mice spend some time with a female. A chemical marker, which the researchers had injected into the mice’s brains before the experiment, tagged the specific neurons that activated to store the memory, so that researchers could find them later. One group of the mice then endured ten days of stressful conditions, while the others went about their normal lives in familiar cages. The stressed mice showed signs of depression after their experience: less interest in eating sugar, and a tendency to struggle less and give up sooner when picked up by their tails.

Researchers then wanted to see if remembering their earlier flirtation would boost these animals’ spirits. They used a technique called optogenetics, in which light is used to activate specific neurons. Since the neurons that stored the positive memory had been tagged with the chemical marker, it was easy to find them and activate them again, causing the depressed mice to suddenly remember their time in a nice, familiar cage with the female mouse. After five days of twice-a-day light treatment, the mice’s depression showed significant improvement. The previously depressed mice ate sugar with renewed enthusiasm and struggled vigorously when researchers picked them up by their tails. They resumed normal neuron production in their brains, which had been hampered in depression. And fascinatingly, remembering past happiness worked even better than experiencing a new uplifting event. The mice simply remembering their time with a female were relieved of depression symptoms, but other mice who instead interacted with a female twice a day for five days were not cured. The researchers published their findings today in Nature.

Researchers think that may be because the old memories have already etched themselves into the brain. Depression might block new memories from getting full access to the brain’s reward pathway, according to Ramirez and his colleagues, but scientists don’t yet completely understand the mechanics of depression in the brain. That’s especially true at the scale of individual neurons and circuits, although technologies like optogenetics may help uncover such small-scale details. In an accompanying article Alex Dranovsky and E. David Leonardo write, “It is intriguing to speculate that nostalgia serves a similar stress-reducing purpose in humans. Perhaps an experience itself results simply in memory storage, whereas its recollection activates a neuronal network associated with reward, thereby changing behavior.” For human patients, optogenetics may never be ethically doable, but the findings could help improve therapy for depressed individuals. And the findings bring scientists one step closer to understanding how depression works, which can eventually lead to better treatment.