Nocebo Doubt About It: "Wind Turbine Syndrome" Is Catching

a freelance journalist whose stories have appeared in a range of publications, from Science to Smithsonian. Since 2004, he’s been an adjunct professor of journalism at New York University. You can find him on Twitter @KeithKloor. 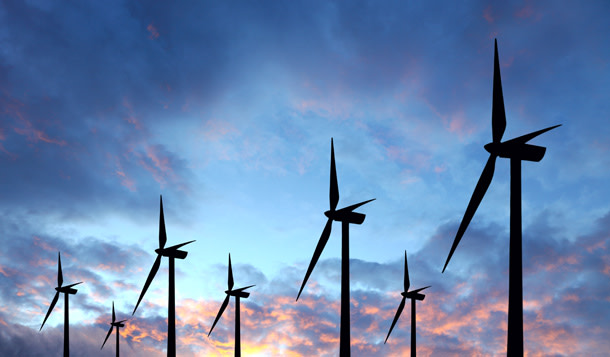 claiming that the wind turbine in their town is making them sick. According to the article in the Patriot Ledger, the residents “said they’ve lost sleep and suffered headaches, dizziness and nausea as a result of the turbine’s noise and shadow flicker [flashing caused by shadows from moving turbine blades]." A few weeks later, a story from Wisconsin highlighted

similar complaints of health problems associated with wind turbines there. Anecdotal claims like these are on the rise and not just in the United States. A recent story

in the UK's Daily Mail catalogs a litany of health ailments supposedly caused by wind turbines—everything from memory loss and dizziness to tinnitus and depression. I expect so. For one thing, the alleged health problem has been adopted

by demagogues and parroted

on popular climate-skeptic websites. But the bigger problem is that "wind turbine syndrome" is what is known as a "communicated" disease, says Simon Chapman

, a professor of public health at the University of Sydney. The disease, which has reached epidemic proportions in Australia, "spreads via the nocebo effect by being talked about, and is thereby a strong candidate for being defined as a psychogenic condition," Chapman wrote several months ago

in The Conversation. What Chapman is describing is a phenomenon akin to mass hysteria

—an outbreak of apparent health problems that has a psychological rather than physical basis. Such episodes have occurred throughout human history; earlier this year, a cluster of teenagers at an upstate New York high school were suddenly afflicted with Tourette syndrome-like symptoms

. The mystery outbreak was attributed by some speculation to environmental contaminants. But a doctor treating many of the students instead diagnosed them with a psychological condition called “conversion disorder,” as described by psychologist Vaughan Bell on The Crux

It is unlikely that the New York teenagers’ problems are linked to an “unknown virus”, “mystery illness,” or “toxin,” which many media outlets mentioned as potential causes: Viruses, bacteria, or poisons are most likely to cause these symptoms by damaging the neural pathways—something we can normally detect fairly easily. So when the LeRoy cheerleaders were diagnosed with “conversion disorder,” the doctor was saying that although the symptoms appear to be due to neural damage, there were no problems with the neural pathways, and there was no evidence of faking, so the symptoms were likely due to psychological factors.

As for "wind turbine syndrome," Chapman noted that "17 reviews

[.docx file] of the available evidence about wind farms and health" had found no strong evidence that turbines were making people ill. One meta study released by the Massachusetts Department of Public Health early this year concluded that wind turbines cause no noticeable increase in health problems, though the turbines’ sound and shadow flicker might annoy nearby residents. For a condition that seems to have no physical basis, Chapman says wind turbine syndrome has an impressive list of medical problems ("an astonishing 155

" [.docx file]) attributed to it: "I have worked in public health on three continents since the mid-1970s. In all this time, I have never encountered anything in the history of disease that is said to cause even a fraction of the list of problems I have collected." While communication seems to be the infectious agent here, that alone cannot take all of the blame. We also come predisposed with our own anxieties and attitudes on particular issues. And that may also help to explain how some people get afflicted with "wind turbine syndrome" and why others spread the word about it.