Limitless: Enhancement Will Be Great Until You Go Crazy and Die 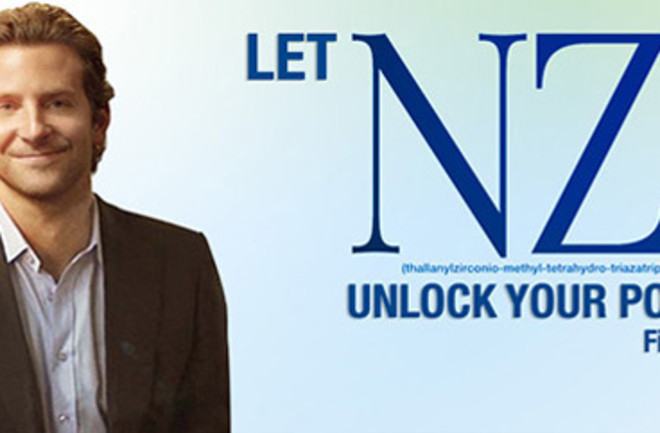 Limitless is one of the first movies to directly take on the idea of pharmaceutical enhancement. The trailer is here and fake viral ad for NZT is here. I'm already wary of the film based on the trailer. Not because of the acting, directing, or plot, which all look good enough. Instead, my problem is that the movie appears to take the same boring old stance on enhancement: the cost of making yourself superhuman is too high.

Limitless has a simple set-up: loser/author Bradley Cooper who lives in filth and dresses like a hobo is offered a pill that will make everything all better. The pill makes him much smarter, more creative, and more driven. Thanks to this new found brilliance, Cooper makes boatloads of money and catches the eye of evil Robert De Niro, who threatens Cooper in various menacing and shadowy ways. Then the pill starts making Cooper crazy and his world starts crumbling around him. It's Flowers for Algernon except with bespoke suits, exotic cars and international intrigue.

The reason I'm getting an overall vibe of "meh, who cares" from Limitless is that the even though the film has a great bad guy with De Niro and his shadowy mega-corporation, it takes the easy way out and makes the drug the enemy as well. Flowers for Algernon is great because the main character, Charlie, has to cope with how his intelligence-burst impacts his social life. We're confronted with the fact that increased intelligence doesn't mean increased maturity, worldly experience, or romantic ability. Limitless ignores these deeper issues.

Wouldn't it be more interesting if the problem of power and wealth was that Cooper had to deal with other wealthy and powerful people, who are, in general, incredibly awful? Or what would Cooper do if the drug simply stopped working? Or how it affected his relationship with the woman he thought he loved when he becomes too smart – way too smart – for her and is bored by a person he once admired?

The theoretical enhancement drug at the center of Limitless could have allowed the writers to ask much more interesting questions than the trailer lets on. Maybe the movie will surprise me, but I doubt it.