In the Brain, Romantic Love Is Basically an Addiction 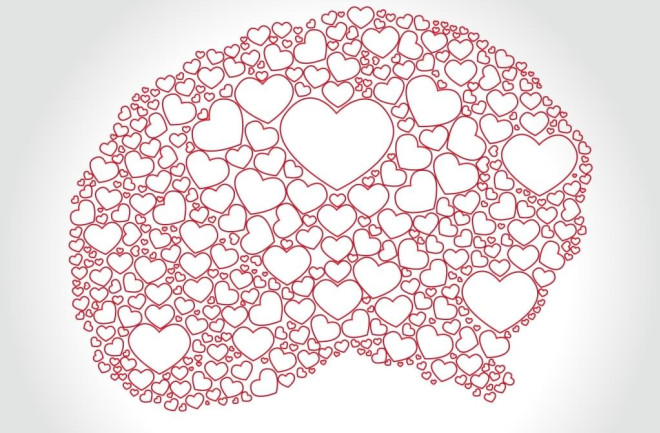 “If at first the idea is not absurd, then there is no hope for it,” Albert Einstein reportedly said. I’d like to broaden the definition of addiction — and also retire the scientific idea that all addictions are pathological and harmful.

Since the beginning of formal diagnostics more than fifty years ago, the compulsive pursuit of gambling, food, and sex (known as non-substance rewards) have not been regarded as addictions. Only abuse of alcohol, opioids, cocaine, amphetamines, cannabis, heroin and nicotine have been formally regarded as addictions. This categorization rests largely on the fact that substances activate basic “reward pathways” in the brain associated with craving and obsession and produce pathological behaviors. Psychiatrists work within this world of psychopathology — that which is abnormal and makes you ill.

Face It, You’re Addicted to Love

As an anthropologist, I think they’re limited by this view. Scientists have now shown that food, sex, and gambling compulsions employ many of the same brain pathways activated by substance abuse. Indeed, the 2013 edition of the Diagnostic and Statistical Manual of Mental Disorders (the DSM) has finally acknowledged that at least one form of non-substance abuse — gambling — can be regarded as an addiction. The abuse of sex and food have not yet been included. Neither has romantic love.

I shall propose that love addiction is just as real as any other addiction, in terms of its behavior patterns and brain mechanisms. Moreover, it’s often a positive addiction.

Scientists and laymen have long regarded romantic love as part of the supernatural, or as a social invention of the troubadours in 12th-century France. Evidence does not support these notions. Love songs, poems, stories, operas, ballets, novels, myths and legends, love magic, love charms, love suicides and homicides — evidence of romantic love has now been found in more than 200 societies ranging over thousands of years. Around the world, men and women pine for love, live for love, kill for love, and die for love. Human romantic love, also known as passionate love or “being in love,” is regularly regarded as a human universal.

Moreover, love-besotted men and women show all the basic symptoms of addiction.

Foremost, the lover is stiletto-focused on his/her drug of choice, the love object. The lover thinks obsessively about him or her (intrusive thinking), and often compulsively calls, writes, or stays in touch. Paramount in this experience is intense motivation to win one’s sweetheart, not unlike the substance abuser fixated on the drug.

Impassioned lovers distort reality, change their priorities and daily habits to accommodate the beloved, experience personality changes (affect disturbance), and sometimes do inappropriate or risky things to impress this special other. Many are willing to sacrifice, even die for, “him” or “her.”

The lover craves emotional and physical union with the beloved (dependence). And like addicts who suffer when they can’t get their drug, the lover suffers when apart from the beloved (separation anxiety). Adversity and social barriers even heighten this longing (frustration attraction).

In fact, besotted lovers express all four of the basic traits of addiction: craving, tolerance, withdrawal, and relapse. They feel a “rush” of exhilaration when they’re with their beloved (intoxication). As their tolerance builds, they seek to interact with the beloved more and more (intensification). If the love object breaks off the relationship, the lover experiences signs of drug withdrawal, including protest, crying spells, lethargy, anxiety, insomnia or hypersomnia, loss of appetite or binge eating, irritability, and loneliness.

Lovers, like addicts, also often go to extremes, sometimes doing degrading or physically dangerous things to win back the beloved. And lovers relapse the way drug addicts do. Long after the relationship is over, events, people, places, songs, or other external cues associated with their abandoning sweetheart can trigger memories and renewed craving.

Love on the Mind

Of the many indications that romantic love is an addiction, however, perhaps none is more convincing than the growing data from neuroscience. Using fMRI, several scientists have now shown that feelings of intense romantic love engage regions of the brain’s “reward system”: specifically, dopamine pathways associated with energy, focus, motivation, ecstasy, despair, and craving, including primary regions associated with substance (and non-substance) addictions.

In fact, I and my colleagues Lucy Brown, Art Aron, and Bianca Acevedo have found activity in the nucleus accumbens — the core brain factory associated with all addictions — in rejected lovers. Moreover, some of our newest results suggest correlations between activities of the nucleus accumbens and feelings of romantic passion among lovers who are wildly, happily in love.

Nobel laureate Eric Kandel has noted that brain studies “will give us new insights into who we are as human beings.” Knowing what we now know about the brain, my brain-scanning partner Lucy Brown has suggested that romantic love is a natural addiction, and I’ve maintained that this natural addiction evolved from mammalian antecedents some 4.4 million years ago among our first hominid ancestors, in conjunction with the evolution of (serial, social) monogamy — a hallmark of humankind. Its purpose: to motivate our forebears to focus their mating time and metabolic energy on a single partner at a time, thus initiating the formation of a pair-bond to rear their young (at least through infancy) together as a team.

The sooner we embrace what brain science is telling us — and use this information to upgrade the concept of addiction — the better we’ll understand ourselves and the billions of others on this planet who revel in the ecstasy and struggle with the sorrow of this profoundly powerful, natural, often positive addiction: romantic love.