No matter who you are, rejection hurts. Scientists are able to map the very-real processes behind our social aches — and learn how similar they are to physical pain. 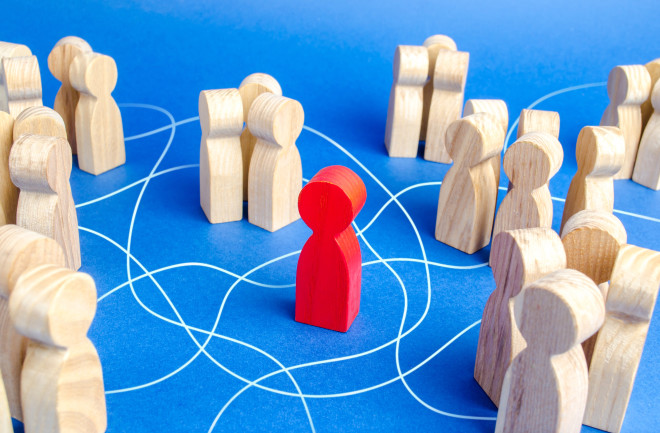 Being cut from a team. Learning on social media how a friend hosted a party and didn’t invite you. Seeing your ex-partner across the restaurant enjoying a romantic dinner with someone new. All these forms of social pain are hurtful, and scientists have found the ache is indeed real.

Studies have identified that the brain processes social pain similarly to physical pain, and they believe it’s an evolutionary response. For early humans, being part of a group meant having access to increased safety and resources. Being rejected by the group left a person alone and vulnerable. Thus, humans evolved to seek social acceptance while perceiving social rejection as a threat to well-being. Associating exclusion with pain served to motivate humans to avoid threats to their social ties.

That means pain from a break-up, firing, or dissolution of a friendship is very real. Similar to instances of physical pain, the same regions of the brain register social pain, and scientists have identified a clear overlap between physical pain and social pain.

In both instances, pain activation is meant to elicit our own escape, or in the instances of self-induced pain, to stop the harmful behavior. Then, the memory of pain serves as a warning against repeating the risky behavior in the future. And although the memory of physical pain can fade, studies have found it’s not the same with social pain, which can linger over time and reactivate with memory triggers.

Researchers use the term “social exclusion” to describe rejection and ostracization. Rejection is typically defined as being told you are not wanted, a sad scenario that can occur in romantic and personal relationships as well as professional endeavors.  Ostracization, meanwhile, involves being excluded, ignored, or cut from a group. Within these two categories, social scientists also see subcategories for discrimination, dehumanization, and social isolation.

Social scientists in the early twentieth century noted that people often used the language of physical pain to articulate their experiences with social exclusion: A breakup was described as having a broken heart; a betrayal was like being stabbed in the back or kicked in the stomach.

Ongoing research has found it doesn’t take much for those hurt feelings to ignite. A person doesn’t even have to exist in real life to be able to spark hurt feelings. In a 2003 study in Science, researchers connected participants to a fMRI to see how they would respond to a virtual social snub.

In the simulation, the participant was playing catch with two virtual people. Soon, the virtual players excluded the participant and began throwing to only each other. The virtual players weren’t even real, but participants’ fMRIs showed an increased blood flow to the anterior cingulate cortex (ACC) — the part of the brain that registers physical pain — during this exclusion, and that the ACC was also more active. The authors concluded that the right ventral prefrontal cortex, involved in processing risk and fear, helps regulate the distress of social exclusion by disrupting the ACC.

And although a person can likely forget exclusion by a virtual snob, real life pain takes longer to dissipate. In one study, 40 participants who had been dumped by a significant other in the previous six months (academically deemed as an “unwanted dissolution of a relationship”) were placed in a fMRI scanner. The participants agreed with the statement they had been “intensely rejected.”

The participants were then subject to stimulation such as light physical pain (a hot touch on the left arm) as well as pictures of friends. When a picture of their ex appeared on the screen, they were asked to think about the breakup. Sure enough, the scans showed a neurological overlap between the physical and social pain. The study concluded that “social rejection and physical pain are similar not only in that they are both distressing, they share a common representation in somatosensory brain systems as well.”

The overlap between physical and social pain is so pronounced that researchers have found that social pain can also be treated with acetaminophen. In one study, some participants took Tylenol on a daily basis while others took a placebo for three weeks. Those who popped the Tylenol showed reduced responses to social rejection in fMRI scans. However, the authors also noted that social exclusion was a natural part of daily life, and so the effects of the acetaminophen were only a short-term solution.