How Do Different Emotions Manifest In The Body?

We tense up when we're angry, our hearts race when we're scared. The mind/body connection has long been linked to our survival. 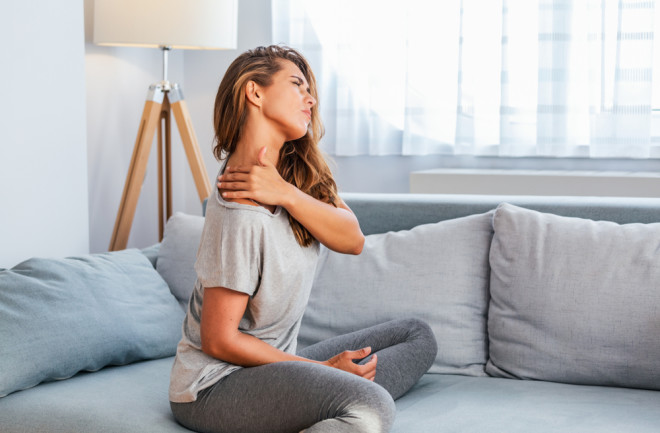 You’re all dolled up for an interview, and you start sweating bullets through your not-so-comfortable business suit. Your palms are so sweaty you’re embarrassed to shake a potential employer’s hand. Or, maybe you look across the bar at your favorite watering hole and see your crush sipping a pint. Suddenly, a million butterflies gather, flying around in your stomach as your skin turns flush. We know from our own experience that emotions can be felt physically in the body and experts contend that these reactions are largely universal across all cultures. But whether our hearts race in fear or our cheeks turn red in embarrassment, what causes emotions to manifest in the body?

Lauri Nummenmaa is a molecular neuroscientist who leads the Human Emotion Systems lab at Turku PET Centre in Finland. His team was famously able to map emotions in the body – first, by eliciting emotions in individuals through movies and stories, and then, having study participants color where those emotions were felt in a map of the human body. The majority of participants colored in similar areas, no matter their sex or nationality. Nummenmaa says that physical manifestations of emotions are largely ubiquitous because they’re rooted in our survival. When we’re fearful, for example, we prepare to run away by adjusting both our brain and bodily state.

“The brain has dedicated circuits called interoceptors that track and follow what’s happening in the body. And information from the body is then fed back to the brain, so it knows what’s going on all the time,” says Nummenmaa.

The insular cortex, a thin line of gray matter between the temporal and parietal lobes of the brain, controls interoceptor activity, a data center of information flowing continuously and keeping us primed for reaction. Additionally, sensory receptors in the eyes, ears, nose and mouth relay information from the outside world to our inside world where our internal organs have their own set of sensory receptors, says Nummenmaa.

The mind and body are always connected. We were designed this way so we could adjust our physical state whether we were running from a saber-tooth cat, hunting a woolly mammoth or seeking a mate. Nummenmaa and his team outlined 14 basic emotions that include fear, anger, happiness, sadness, shame, pride, envy and disgust. And all of them were found to elicit bodily sensations.

When we’re angry, for example, many of the emotions are felt in the trunk of the body, likely a prehistoric need to protect ourselves and get ready to fight, activating cardiac systems and slowing digestion. When we’re depressed, he says, we tend toward a flight mode, where energy expenditure is at its lowest. On the other hand, when we’re happy we feel sensations throughout the body.

“When there’s no threats and we’re happy, we feel like little kids excited to be playing at the playground. Our whole bodies become activated,” says Nummenmaa.

The Emotional Link to Pain and Muscular Tension

Additionally, Nummenmaa’s team has shown in upcoming unpublished research that certain emotions are linked to chronic and acute pain. When people are in severe pain it impacts their emotional landscape, not surprisingly shifting toward negativity. It’s like a prehistoric alarm system in the brain that shows us something is wrong.

Sean Grover, a New York psychotherapist and author, says that like pain, muscular tension in the body is also tied to chronic emotional states.

He says the lower back is a commonplace to store anger; digestive problems are linked to fear; and neck and shoulder tension are linked to excessive burdens and responsibilities. This results from stress causing the muscular systems in the body to be in a constantly guarded state. Over time, this can cause pain – for example, headaches are associated with chronic muscular tension in the head, neck and shoulders. Not only can emotions stimulate physical sensations throughout the body, says Grover, but over time chronic emotional states can cause a build-up of muscular tension and pain.

In the end, this mind/body connection makes perfect sense. We’re well-oiled machines, built for survival, constantly working out the threats of our internal and external worlds. And experts contend that our emotional reaction to the world around us has long been an important aspect of our survival. These primitive reactions were built into our DNA because, says Grover, “feelings and emotions in the body came long before the words used to describe them.”