Has There Been a Decrease in Brain Size Among Modern Humans?

Decades of research suggest that our brains have shrunk over time, but not all scientists agree. 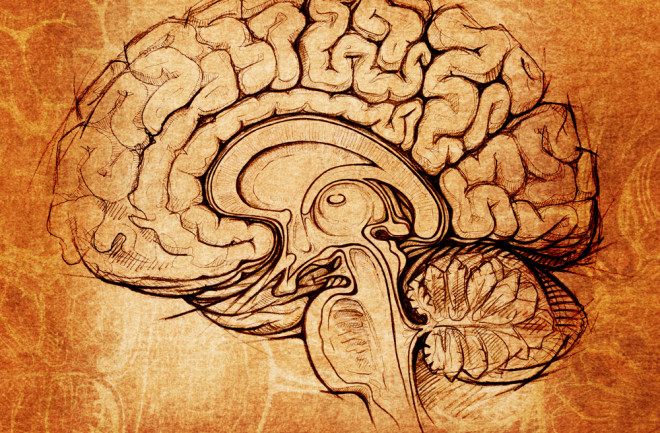 Three millennia of civilization has had an impact on many aspects of human life. But one contested area of research has been whether changes in civilization have affected the size of our brains.

Research published in 2021 seemed to indicate that our brains shrank over the past 3,000 years — about the time frame when we started farming more widely, and when complex civilizations began to flourish in many parts of the world. But a new study re-examining that prior work has criticized the way those authors used their data. This recent research, published last month in Frontiers in Ecology and Evolution, suggests that our brains really haven’t shrunk at all in the last three millennia.

“People have this idea that we’re devolving, getting dumber,” says Brian Villmoare, a biological anthropologist at the University of Nevada, Las Vegas and co-author of the recent study. Part of this perception, he argues, comes from papers like the 2021 article. “When I looked at the study, I could see some problems in the math,” says Villmoare.

In the 2021 study, Dartmouth University paleoanthropologist Jeremy DeSilva and his colleagues drew 985 brain sizes from previously-published studies that had taken measurements of modern humans and our ancestors. They found that hominin brains increased from 2.1 million years ago to about 1.5 million years ago on average. Then, around 3,000 years ago, our brains started to decrease in size.

The researchers of that paper theorized that the advances human civilizations made around that time may have been responsible for the shrink in brain sizes. Around 1500 B.C., many humans began to live in larger cities, in more densely packed populations. “As groups make decisions rather than individuals, there would be less selection for intelligent individuals,” Villmoare says, summarizing the scientists' line of thinking.

What happened with modern humans reflects the same progression that happened in ant societies over time, the scientists speculated. As labor is divided in ant societies, many of the insects don’t necessarily need to think a lot, and therefore evolved smaller brains.  “Ant and human societies are very different and have taken different routes in social evolution,” said paper coauthor James Traniello, a biologist at Boston University, in a press release. “Nevertheless, ants also share with humans important aspects of social life such as group decision-making and division of labor, as well as the production of their own food. These similarities can broadly inform us of the factors that may influence changes in human brain size.”

Still, the results of Desilva’s study didn’t quite sit right with Villmoare. He and a colleague decided to look more closely at the data, and found that the researchers had focused too heavily on data points from the last century — more than half of the nearly 1,000 brain sizes they analyzed were from the past 100 years, while only 23 brain sizes were derived from the timeframe critical to their hypothesis several millennia earlier.

Beyond that, Villmoare and his colleague argue, the data the 2021 study authors presented suggests random changes rather than a steady decrease. And as far as the comparison with ants goes, Villmoare says that the evolutionary selection process is very different between humans and ants. It would be more apt, he says, to compare humans to other social animals like elephants. Elephant brains are much larger relative to their body size than rhinoceros, which don’t have such complex social structures.

“Social animals tend to be more encephalized,” Villmoare says, which refers to an evolutionary increase in brain size relative to body size. Brains usually only shrink over generations in species, he says, when evolutionary pressures forces bodies to compensate by adding weight elsewhere. This could be reflected in animals that develop larger muscles, for example, in times when food is scarce.

For Villmoare, the problems faced in a complex society require more thinking rather than less thinking, since there is more mating competition around and more complicated social alliances to maneuver. “All of that imposes enormous demands on the brain.”

What Does It All Mean?

DeSilva welcomes this critique of his study. “Fifty years of scholarship on human brain evolution has consistently found that modern human brains are smaller than they were in the Pleistocene,” he says. “When we embarked on our study, therefore, we were not examining if  brains shrunk, but when  this occurred.” The fact that Villmoare’s study suggests that the brains of modern humans didn’t drop in volume presents an “interesting mystery,” which he hopes to address in further research.

Villmoare says that the disagreement is collegial — he calls DeSilva a friend. But so far, he remains unconvinced based on findings that human brains have shrunk at all in the roughly 300,000 years since Homo sapiens have walked the earth. And even if our brains did shrink, that doesn’t mean that we are necessarily less intelligent than our ancestors. “Even brain size itself doesn’t map necessarily to intelligence,” Villmoare says, drawing the example of Albert Einstein, whose brain was smaller than average.

Meanwhile, Neanderthals had larger brains than modern humans, though their gray matter wasn’t necessarily larger in all the same regions as humans. “There’s a lot of other things going on in the brain than just volume,” Villmoare adds.