Everything Worth Knowing About ... Autism Spectrum Disorder 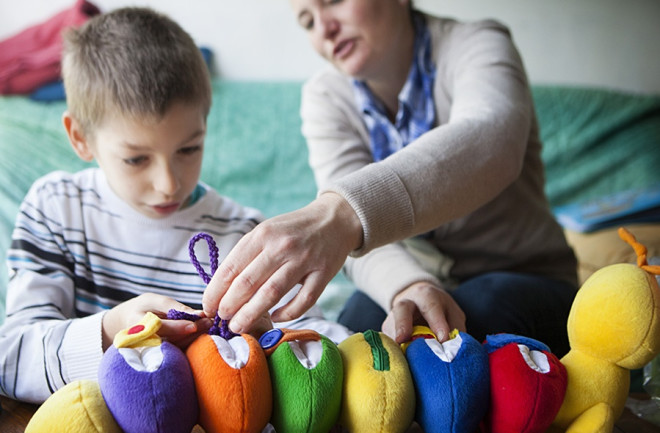 There is no cure. The causes are only partially understood. And treatments are limited to tackling symptoms, not the condition itself. One in 68 school-age kids in the U.S. have autism spectrum disorder (ASD), a range of developmental conditions usually marked by social, behavioral and communication issues. While researchers are making progress in figuring out ASD’s causes and developing better treatments, there’s still a long way to go.

Autism was once separate from other developmental complications such as Asperger’s syndrome, pervasive developmental disorders (PDD) and childhood disintegrative disorder. But in 2013, the fifth edition of the Diagnostic and Statistical Manual of Mental Disorders, the standard medical reference for mental disorders, merged Asperger’s, PDD and the old definition of autism and created the catchall term autism spectrum disorder.

Many experts argued the new label would be more helpful; despite including a broader range of symptoms, the revised definition is worded more clearly and thus is more specific. But in practice, other medical professionals and families have criticized the change. Although the evidence isn’t cut and dried, there are several anecdotal accounts of some high-functioning patients — who met the old, more vague criteria but not the updated one — losing medical services associated with autism.

The autism spectrum describes people with a wide range of developmental disorders. Many who were high-functioning used to be diagnosed separately as only having PDD or Asperger’s. (Most people with autism are diagnosed as children.) Now, medical experts use a series of levels to figure out where patients lie on the spectrum.

A Century of Autism

1911 Swiss psychiatrist Eugen Bleuler coins the word autism — from the Greek autos, meaning “self” — to describe extreme self-obsessiveness and anti-social behavior in children.

1964 Bernard Rimland publishes the book Infantile Autism: The Syndrome and Its Implications, which asserts autism has a neurological cause rather than a psychological one.

1980 The third edition of the Diagnostic and Statistical Manual of Mental Disorders includes autism for the first time.

1998 Andrew Wakefield, a British gastroenterologist, and 12 other researchers publish a now-retracted paper in The Lancet linking autism and childhood vaccinations.

2003 Researchers find the first genes linked to autism, providing clues that could lead to better treatments.

2003 The Autism Diagnostic Interview-Revised, an interview process that helps doctors and specialists diagnose the disorder, is introduced.

2010 The Lancet retracts Wakefield’s paper, and the British Medical Council revokes his medical license. No other research has ever suggested such a link.

2013 The fifth edition of the Diagnostic and Statistical Manual of Mental Disorders merges classic autism, Asperger’s syndrome, childhood disintegrative disorder and PDD under the ASD umbrella.

Only decades ago, experts thought a lack of parental affection was a major cause of autism — a notion that’s since been debunked. And people who should have been diagnosed with autism were often misdiagnosed with schizophrenia or other mental conditions and institutionalized. Today, ASD is widely viewed as the result of genetic and certain environmental factors that influence early brain development.

“Twin studies are one of the most important pieces of evidence for genes being involved [in autism],” says Abha Gupta, a pediatrician who also researches the genetics and neurobiology of ASD at Yale School of Medicine. Identical twins share nearly 100 percent of their genes, while fraternal twins share about 50 percent. So if identical twins have a disorder, it’s strong evidence for a genetic cause. Since the 1970s, these sorts of studies have revealed that both identical twins are more likely to have autism than both fraternal twins. A recent study has shown that, if one identical twin has ASD, the likelihood of the other twin having it is between 77 and 99 percent; for fraternal twins, the likelihood is 22 to 65 percent.

Hundreds of genes are linked to ASD, making it tough to research. Currently, many researchers agree that 60 to 70 genes are related to the syndrome, but those genes account for no more than 20 percent of the cases — the best medicine can do so far. Although ASD is heritable, children with no family history of the disorder can still develop it through genetic mutations. And those who have kids after they’re 35 years old are also more likely to have children with autism.

Research on environmental factors is ongoing; some experts believe these factors can influence an infant’s odds of having ASD if they’re exposed to certain things during the early stages of fetal brain development. So far, the only generally accepted risk factors are related to maternal health during pregnancy, such as inflammation stemming from an infection.

No Link Between Vaccinations and Autism

In 1998, British gastroenterologist Andrew Wakefield made headlines when he argued there was a possible link between autism and the childhood vaccination for measles, mumps and rubella. His paper, published in the British medical journal The Lancet, resulted in many parents in Britain and the United States not vaccinating their children, increasing their chances of contracting one of the potentially deadly diseases.

But scientists found flaws in Wakefield’s work. Ten of the paper’s 12 co-authors denounced its findings in 2007. Three years later, The Lancet retracted the paper, and the British Medical Council revoked Wakefield’s medical license. Over the years, many robust studies have found no causal link between autism and childhood vaccinations. Instead, most experts say Wakefield’s work set back autism research and created unwarranted fear about childhood vaccinations that lingers today.

Autism and the Brain

Years of studies in children on the autism spectrum suggest they have an increased brain volume that may correlate with the severity of their symptoms. But the brain returns to normal size, or smaller, by the time a child is an adolescent. Studies have also indicated various brain regions as playing a role in ASD, and that these areas may fluctuate in size compared with brains of kids without ASD, but the work is still inconclusive.

Health professionals can reliably diagnose ASD in kids as young as 16 months old. They rely on behavioral observations, medical screenings and a child’s developmental history for their diagnosis. Then, families and experts work together to come up with a tailored treatment plan that can include any combination of the following therapies below.

Antipsychotic, anti-anxiety and stimulant medications can, to some degree, control ASD symptoms such as repetitive behaviors, anxiety and irritability. But they also can cause side effects and don’t alleviate anti-social behavior, says Darold Treffert, an autism expert who runs a clinic for children with developmental disorders in Fond du Lac, Wis.

“The time will come when we can do a genetic profile to determine the kinds of medications that would be helpful to a patient with autism,” Treffert says.

Many behavioral therapies exist, but the most common is applied behavior analysis, or ABA, established in 1968 by Donald Baer, Montrose Wolf and Todd Risley.

In ABA sessions, therapists work with children to modify their behavior and develop social skills with a combination of techniques, like positive reinforcement and chaining — breaking a skill down into small chunks so it’s easier to learn.

Until the 2000s, these programs tended to be cookie-cutter and rigid, Treffert says. Recently, therapists have moved on to behavioral approaches, often variations or modifications of ABA, that focus more on children’s strengths and interests rather than behaviors that negatively impact their life. For instance, one of Treffert’s patients is a 3-year-old boy, an above-average reader fascinated by the solar system. So his therapy team uses books about astronomy to engage with him, which makes it easier to work on his behaviors.

Therapists now also focus more on their personal relationship with their patients. And therapies begin earlier — at age 2 or 3 rather than 7 or 8.

Still, behavioral therapies remain controversial. The U.S. Department of Education has found that the ABA model has “no discernible effects on communication and language skills, social and emotional development or functional abilities,” says Julia Bascom, executive director of the Autistic Self Advocacy Network (ASAN). Because of this, Bascom says ASAN recommends programs and services aimed at helping children with autism build skills that can enhance their quality of life, like speech therapy and occupational therapy, which teach specific daily living skills.

Treatments aside from traditional behavioral programs may reduce a patient’s anxiety, which can also lessen some repetitive behaviors and help in social situations. The most popular are: