Every time you reach for something, there’s a squabbling match in your brain 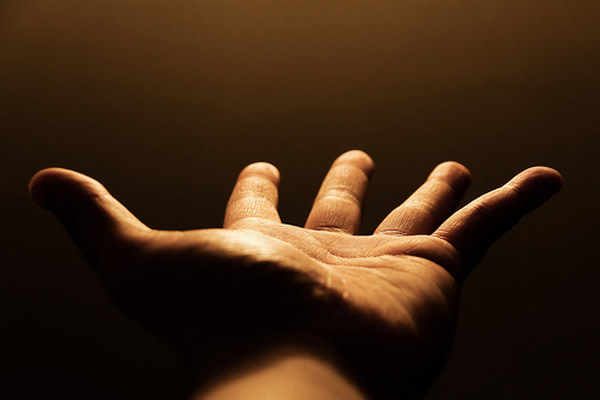 Even the simplest of actions can arise from hidden competition. Imagine reaching for a cup. There are many ways of doing this, depending on where the cup is, whether you’re right- or left-handed, whether the handle is turned towards you, and so on. Your brain works through all of these possibilities at the same time, and they compete against one another until one wins out. Only after this neural battle does your arm start to move. A new study suggests that these competitive processes affect even simple decisions, like which hand we use to pick up an object. Even though this is one of the most common decisions we ever make, it has rarely been studied. To remedy that, Flavio Oliveira from the University of California, Berkeley filmed the movements of volunteers as they reached for targets that had been projected onto a table in front of them. In some trials, the volunteers (all right-handed) were told to only use their left or right hands. On others, they could choose for themselves. In the latter trials, they always used the nearest hand to pick up targets at the far edges of the table, but they used either hand for those near the middle. Their reaction times were slower when they had to choose which hand to use, and particularly if the target was near the centre of the table. This much is expected, but it supports the idea that the brain is choosing between possible movements associated with each hand. At the centre of the table, when the choice is least clear, it takes longer to come down on one hand or the other. Think of it as a roomful of people, all with different ideas about what to do, and all shouting out their personal suggestions. Their tenacity and volume are based on what they see. If the target is on the right of the table, those who favour a “reach-with-the-right-hand” plan start shouting more loudly, and drown out the “left-hand” crowd. If the table is in the middle, everyone on the room shouts equally loudly, and it’s harder to work out which group has the loudest voice. Next, Oliveira performed the same experiment while using a magnetic pulse to temporarily disrupt specific parts of the volunteers’ brains. He focused on an area called the posterior parietal cortex or PPC, which plays an important role in planning our movements. If it’s damaged, people often find it difficult to reach for and grab at objects. When Oliveira directed the pulse at the PPC on the left half of the brain (which largely influences the right hand), the volunteers were more likely to use their left hand to clutch at the targets. They were still strongly right-handed, but they used their left hand more than they normally would, especially for targets near the centre of the table. However, aiming the pulse at the right PPC had no effect, and neither did pulses at other parts of the brain. By disrupting the left PPC, Oliveira also disrupted the movement plans associated with the right hand. In our imaginary room, the half of the crowd who were advocating for the right-hand strategy suddenly fell silent. With them out of play, the left-hand crew were all that remained and were more likely to win their shouting match. It’s not clear why disrupting the right PPC (which largely influences the left hand) had no effect. But Oliveira thinks that for right-handed people, the preference for the right hand is so strong anyway that there’s little room for inducing any further bias over the left hand. It would, of course, be interesting to repeat the experiment with left-handed people to see if the reverse is true. Oliveira says that our decisions and actions “can be viewed as a dynamic process in which many possible motor responses are competing at any one time, with the accumulation of evidence in favour of each candidate... continuously changing.” Reference: PNAS http://dx.doi.org/10.1073/pnas.1006223107Image from David IpMore on hands: