Do You Eat Chocolate to Relieve Depression--or Does Chocolate Make You Depressed? 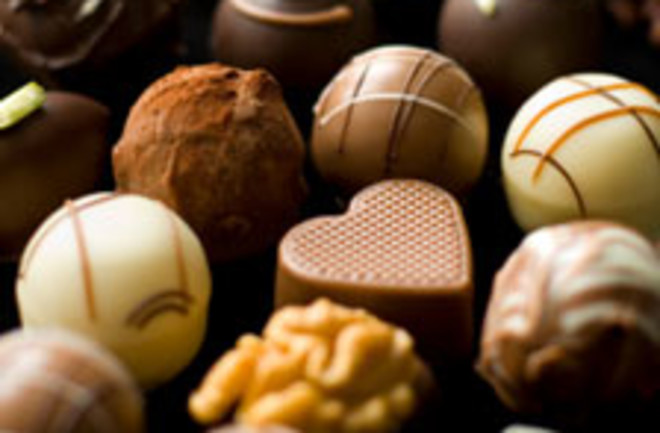 Scientists have long suspected that a link exists between mood and chocolate, as studies (done primarily with women) have suggested that eating a chocolate bar temporarily banished the blues. Now a study has brought new complexity to the issue with its finding that depressed people consume larger amounts of chocolate. But researchers are no closer to figuring out which factor is the cause and which is the effect: Do glum people reach for a Hershey bar to lift their spirits, or is the chocolate actually bringing them down? For this study, researchers at the University of California studied 931 men and women who weren't on antidepressants and quizzed them on their chocolate-chomping habits. Then, using a standard screening survey, they assessed the volunteers for symptoms of depression. The scientists found that those who were the most blue consumed the most chocolate.

This held true for both the men and the women;

significantly related to higher chocolate consumption." While the study established a link between chocolate eating and depression, the researchers could not pin down how the two things are related. The authors suggest that depression might stimulate chocolate cravings, and that people might reach for a candy bar to self-medicate;

people who were depressed ate an average of 8.4 servings of chocolate per month, compared with 5.4 servings among those who were not depressed [Reuters]. Those who scored highest on the mood tests, indicating possible major depression, consumed an average of 11.8 servings per month [Los Angeles Times].

chocolate prompts the release of certain chemicals in the brain, such as dopamine, that produce feelings of pleasure [Los Angeles Times].

But it's also possible chocolate only provides a short-term lift, and that over time, it contributes to depression. Yet another possibility is that a separate physiological mechanism, like stress, is responsible for both depression and an appetite for chocolate. With this cloud of uncertainty hovering over the candy isle, chocoholics will be eagerly awaiting further studies. Related Content: 80beats: The First Chocoholics: Native Americans Imported Cacao From 1,200 Miles Away 80beats: Rats Fed on Bacon, Cheesecake, and Ding-Dongs Become Addicted to Junk Food 80beats: Are Women’s Brains Hard-Wired to Have Trouble Resisting Temptation? 80beats: For Obese Women, a Milkshake Brings Less Pleasure to the BrainImage: iStockphoto