Determining the Origin of Our Moral Compass

Researchers may have determined whether or not morality is a learned behavior or if it is intrinsic. 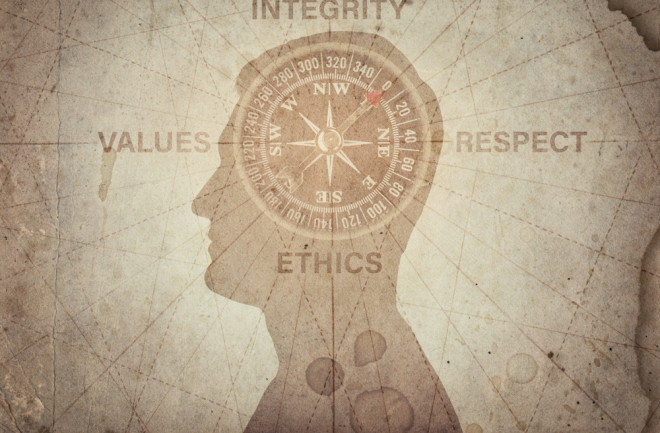 Are we naturally moral or are we taught to be moral? That is the question researchers at Osaka University in Japan are looking to answer. In partnership with Otsuma Women’s University, NTT Communication Science Laboratories and the University of Tokyo, researchers analyzed 8-month-old infants and their ability to shame the wrongdoing or anti-social behavior of a third party. The findings, recently published in Nature Human Behavior, found that infants could possibly “punish” negative third-party actions.

According to the study, anti-social behavior is only seen in humans and is found across all cultures – but there is little data on whether morality is a learned behavior or if it is intrinsic.

“Morality is an important but mysterious part of what makes us human,” says the lead author of the study Yasuhiro Kanakogi in a press release. “We wanted to know whether third-party punishment of antisocial others is present at a very young age because this would help to signal whether morality is learned.”

Researchers created a new research paradigm specifically for this study. The research paradigm first familiarizes infants with a computer visual that shows two non-human subjects. In this case two different colored squares with a pair of eyes. Using the Gaze Contingency Technique – a technique that changes the function of a computer screen using eye-tracking movements – the infants watched a visual of the two neutral squares and were able to drop a rock on top of them depending on which one they stared at. In this case, the infants did not favor a square to drop a rock on.

The next visual shown to the infants was of one of the colored squares “attacking” the other. After watching this video three times, the infants were again shown the visual of the two neutral squares. The infants then dropped rocks on the attacking square more than on the victim square.

“The observation of this behavior in very young children indicates that humans may have acquired behavioral tendencies toward moral behavior during the course of evolution,” says Kanakogi in a press release. “Specifically, the punishment of antisocial behavior may have evolved as an important element of human cooperation.”

While it's possible the infants were choosing to “punish” the attacking square, there is an element of human error. The infants might have merely had their attention drawn to the attacking square. While more research is needed, scientists out of Osaka University and their associates may be one step closer to determining whether morality is a learned behavior or not.