POLITICS Where are we headed? Do party loyalties mean much in the big picture?

SCIENCE Will science solve our problems? Perhaps the very nature of all conflict is a necessary aspect of humanity? Is it true environmentalists are a dying breed?

POP Does public opinion matter? Do films with a message like An Inconvenient Truth and Flock of Dodos open the dialog or are progressive ideas as fickle as the latest pop culture marriage? 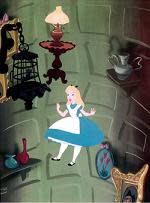 COCKTAIL Who really influences our beliefs, actions, and ideals? What is moral obligation and does religion have a role? How might scientists inform policy to implement sound legislation? How do we play the game and what defines victory? Is extinction acceptable? Does the state of the planet matter for more than a few billion years? Depends whether time and space really exist at all.

This and more all week.. stay tuned.

Reality is merely and substantially influenced by experience and perspective.- Sheril R. Kirshenbaum