Blinks Change How We Talk To Each Other 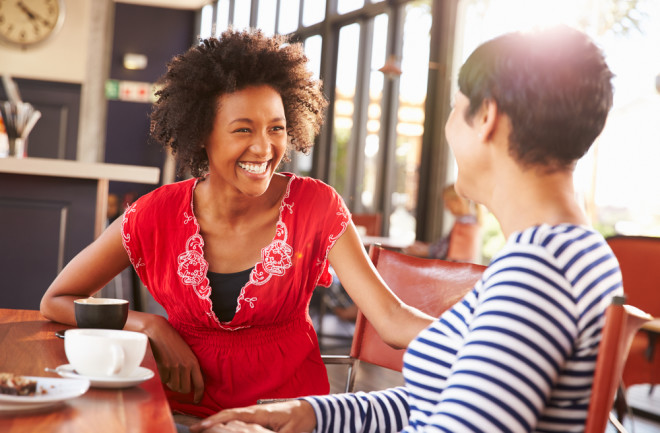 You probably didn’t notice but the last time you talked with a colleague or chatted with a friend, you blinked. A lot. Blinks are a conversational cue akin to nodding one’s head, according to a new study published today in the journal PLOS One.

As such, the unconscious reflex changes how people talk to each other. Even the subtlest non-verbal clues impact our conversations, the finding suggests.

“Our findings indicate that even visually subtle behavior such as listener blinking is anything but irrelevant to face-to-face communication,” wrote Paul Hömke, a language and cognition scientist at the Max Planck Institute for Psycholinguistics in Nijmegen, in the Netherlands, who led the new research.

Blinking is a reflex. The involuntary action blocks wayward debris from getting into our eyeballs and helps to keep them lubricated. Although infants hardly blink, adults do it far more often than necessary — about 13,500 times a day — making blinking the most frequent thing we do with our faces.

In work published last year, Hömke video recorded people having a conversation. He noticed the listener tended to blink when the speaker was about to come to an end. The blinks often coincided with heads nods and other nonverbal cues that signaled “message received” from a listener. In the current study, he wanted to find out if listener blinks play a role in everyday communication.

The researchers recruited 35 Danish adults to have a conversation with a computer-generated avatar. The avatar asked participants a series open-ended questions, such as “How was your weekend?” and responded as if engaged in a conversation by saying things like, “Oh, how interesting!”

Participants changed the length of their responses depending on the avatar’s nonverbal cues. The research subjects shortened their answers when the avatar’s blinks were long, Hömke and colleagues report.

Long blinks tell the speaker in a conversation that the listener has enough information. The findings suggest people use blinking to communicate understanding when talking to each other and demonstrates the power of nonverbal cues. An unconscious reflex that happens literally in the blink of an eye says: “Got it. Let’s move on.”