5 of the Worst Bad Habits for Your Brain

Socializing, sleep and other habits are important to keep your brain healthy. When we lack these habits, it can have serious consequences for our brains. 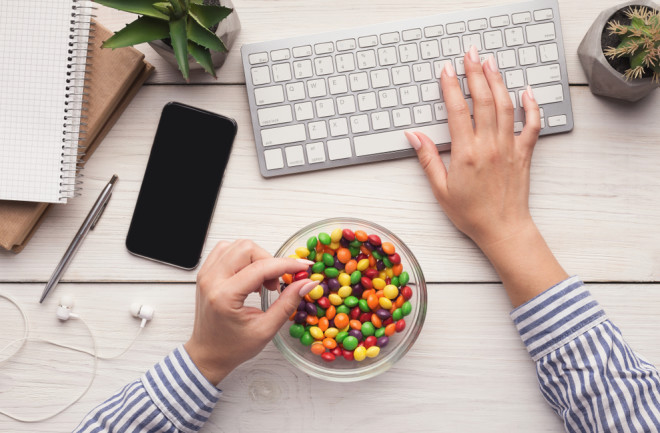 All of those weeks of pandemic-induced remote work, telehealth, grocery delivery, and online shopping have changed many of us — and not necessarily for the better.

Research shows that now, several years after COVID-19 became a household word, we’re less likely to seek out the company of other people, exercise regularly, eat veggies, get enough sleep or have a life outside of work.

Here’s how all of that affects the brain, along with what you can do about it.

1. Failing to Socialize with Other Humans

Long before COVID-19, researchers knew that social isolation increased the risk of body-wide inflammation, as well as dementia.

We can probably thank evolution for that, according to James Giordano, Pellegrino Center professor of neurology and biochemistry at Georgetown University Medical Center.

When it comes to survival, humans underperform at a range of skills. This includes running, climbing, swimming, seeing at night, fighting, and tearing prey apart with our jaws, explains Giordano.

“For the majority of our history we were more prey than predator,” he says.

So how did such weak, wimpy creatures come to dominate the planet? In part, we have thumbs, which allows us to make tools. Also, our brains evolved to enable social connection, and this has helped us to work together, Giordano says.

After millions of years of evolution, that need for social interaction is now wired in.

You might think of social connection like exercise for the brain. It requires brain power not only to remember people’s names, but also what they do for a living, whether they have kids and what they do for fun. A typical conversation forces your brain to hear words, pay attention to tone of voice and body language and then predict what that person might be trying to say.

All of this cognitive work seems to keep our frontal lobes in shape, and leads to a cascade of brain chemicals (such as endorphins) that affect our sensitivity to reinforcement, pleasure, and pain, says Giordano.

“One of the most pressing findings in all of psychology is that social connection is vital,” says Janet Boseovski, professor of psychology at the University of North Carolina, Greensboro.

So what can you do, post pandemic, if you’ve lost your enthusiasm for… people? Start small, says Boseovski. Weak social ties may be just as protective as strong ones. So, if you’re a remote worker, consider spending some of your workday at a coffee shop or bookstore, where you can see, hear and casually interact with other humans.

Or, if you usually exercise in your basement, perhaps you shift some of your exercise to the outdoors or a gym, where you’ll bump into other people, she says.

2. Staying Tethered to the Job

With the rise of both remote work and mobile technology, it’s becoming increasingly difficult to separate “work time” from “leisure time.” When we answer Slacks and emails when we’re technically off the clock, we often don’t 100 percent relax. Nor do we enjoy our leisure time, says Boseovski.

To see if an absence of work-life separation is affecting your focus and mood, consider these questions:

If you answered “no” and “on work,” it’s likely your “always on” mindset is leading to work rumination, says Boseovski. This is like leaving your headlights on when your car isn’t running; It drains your mental battery. In research published in a 2020 issue of Frontiers in Psychology, high “work ruminators” had poorer executive functioning skills — such as the ability to plan, remember, focus attention and juggle tasks — when compared to “low work ruminators.” In other words, people paradoxically get less done when they stay continually in work mode, explains Boseovski.

To break free from an “always on” mindset, consider ways you might separate “work” from “home.” If you work remotely, maybe you confine your work to one area of your home — perhaps a spare bedroom or the kitchen. Then you might make a rule: If your body is not physically in that area, neither is your mind — you’re off duty.

Another strategy: Turn “quitting time” into a ritualized series of steps that takes you from “I’m working” to “I’m not working.” Boseovski, for example, will close her laptop. Then she’ll close the door to the spare bedroom where she keeps it. Those are her signals that work is done.

According to a review of 23 studies published in a 2021 issue of the International Journal of Environmental Research and Public Policy, many of us consume more ultra-processed foods and fewer fruits, vegetables and other whole foods than we did before the pandemic. All of this may be raising levels of inflammation, especially in the gut, which, in turn, affects the brain, says Giordano.

When Harvard researchers studied diet and brain health, they found that a modified version of the Mediterranean diet helped to protect the brain from aging.

“Diets with a strong antioxidant trend are important to reduce overall level of inflammation and its effect on the brain,” Giordano says. Try to include an abundance of:

Initially, during the pandemic, many of us took to our bikes, the hiking trails and walking paths, making the most of our time away from work. But as remote work started piling up — and gyms remained closed for an extended period of time — a lot of people began moving less and sitting more, according to research published in the Journal of the American Board of Family Medicine.

That’s not good for our brains, both in the short term as well as the long, says Wendy Suzuki, a neuroscientist at New York University and author of Good Anxiety and Happy Brain, Happy Life.

Long term, a sedentary lifestyle has been associated with cognitive decline such as dementia. In the short term, lack of activity hampers focus, concentration and mood. That’s most likely because movement triggers the brain to release a cocktail of chemicals, such as serotonin and endorphins, that reduce anxiety, lift depression and improve focus, says Suzuki.

According to surveys done by the Better Sleep Council, the percentage of people classified as “poor sleepers” rose 6 percent between 2019 and 2021.

When we’re asleep, the brain not only organizes memories and restores brain processing, it also flushes out toxins that build up when we’re awake. When you don’t get enough of shuteye, these toxins can hang around, increasing risk for dementia. On top of that, lack of sleep makes it more difficult to undo the bad habits mentioned above, says Boseovski. You can’t concentrate at work, which leads you to work longer hours. You’re tired, so you skip the gym. You crave sweets, so veggies rot in your fridge. And socializing feels like too much work.

Think of sleep as a master habit that allows all other good-brain habits to happen, says Boseovski.

That said, getting more sleep is usually more complicated than just telling yourself to do it. Paradoxically, trying too hard can backfire, raising levels of anxiety that keep you awake. So go in baby steps, making tiny little tweaks like going to bed 5 minutes earlier, rather than aiming for huge changes, suggests Boseovski.

Changing These Bad Habits for the Brain

If you’re feeling a bit anxious after reading the negative consequences of these habits, try to see that anxiety as fuel for growth, suggests Suzuki. Take your “what if my bad habits are rotting my brain?” worrying and turn it into an actionable “to do” list, she says.

This will shift you from anxious paralysis to active decisiveness, which not only feels better, but also helps you do stuff that’s good for your brain, she says.