Human Evolution in the Modern Age

Humans are still evolving, and modern technology and culture both play a role. 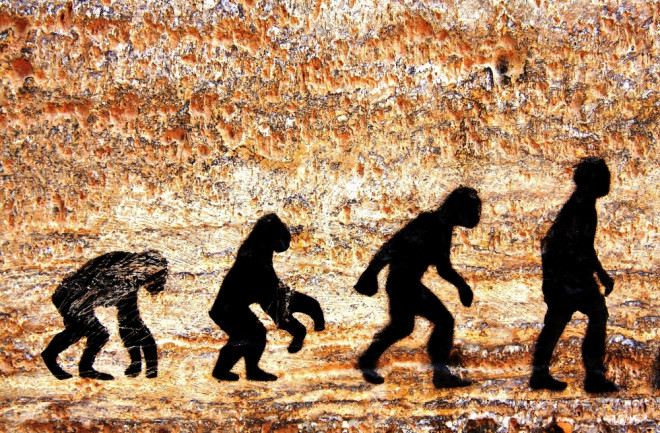 In 2000, famed evolutionary theorist Stephen Jay Gould said, “There’s been no biological change in humans in 40,000 or 50,000 years. Everything we call culture and civilization we’ve built with the same body and brain.” Now, 22 years later, most evolutionary biologists beg to differ. Natural selection is still operating on humans, they say — and they have evidence to back up the claim.

Take, for example, lactose tolerance. Most people lose the ability to digest lactose after they’re weaned. However, roughly 35 percent of adults worldwide have one specific genetic variant that allows them to digest lactose throughout life. Recent genetic research has found that this variant became common only after humans domesticated animals and started drinking their milk. Even today, the trait is more common in populations with a history of dairy farming than in populations whose ancestors did not raise animals for milk.

Sarah Tishkoff, an evolutionary biologist at the University of Pennsylvania, studies genomic changes and disease risk in human populations. She cites an example of natural selection still going on today: the development of resistance to infectious disease. Malaria, for example, infects over two hundred million people every year, and kills almost half a million of those, most of them children in sub-Saharan Africa. However, some people have a genetic variant that protects them from malaria. These people will be more likely to live and pass on that variant to their children. This is “a really clear-cut case of ongoing evolution,” says Tishkoff.

Tishkoff and her team have also found that some people living in the Andes and in Tibet have developed an adaptation to life at high altitudes. Other research has found that indigenous people in the Andes may have developed resistance to arsenic poisoning. And those are just a few of the ways that humans are continuing to evolve today.

Scientists have been able to discover many of these examples of ongoing natural selection thanks to a technology much enhanced since Gould made his pronouncement: the ability to sequence the human genome quickly and inexpensively. Using huge genetic data sets to track changes, scientists can pinpoint genetic changes in populations and catch evolution in action.

But not all the tools that uncover such evidence are so high tech. Church records that list births, marriages, and deaths offer a unique window into evolution on a population-wide level, as do large, ongoing epidemiological studies. Researchers who mined data from the Framingham Heart Study — a multigenerational study of cardiovascular disease among residents of Framingham, Massachusetts — were able to untangle the effects of natural selection in action, predicting that the community's next generation of women will have lower cholesterol.

Scott Solomon, an evolutionary biologist at Rice University, dug into this type of data for his book Future Humans: Inside the Science of our Continuing Evolution. That kind of population data is useful, he explains, because it provides information about fertility, such as trends in the age of women when they had their first child, and how many children they had. Multiple studies like this, he says, have found that natural selection favors an earlier start to reproduction and a later age for the onset of menopause — in other words, more time to have children. And, of course, the more children, the more chances for mutations and more opportunities for evolution.

Improved health care means that, on average around the world, most people live to adulthood. That would seem to neutralize the effect of natural selection — or as it is sometimes called, survival of the fittest. But Solomon points out that it’s not always about survival; these days it’s more often about reproduction. That’s why changes in the timing and number of births are still so important.

Improved health care and new technologies do play a role, though. But there’s another important actor in this evolutionary play: culture.

According to Solomon, another big factor in modern evolution is gene flow, the movement of genes between different populations. When people move from one population to another, they take their genes with them, and that changes the prevalence of certain traits in both the populations they leave and the ones they join. “That is actually one of the most important mechanisms for modern human evolution,” he says. “In the last couple of hundred years, and certainly in the last century, human populations have been mixing like never before.”

There is no way of knowing the long-term effects of modern cultural practices and technologies on human evolution. But scientists can make some educated guesses. For example, it’s possible, says Solomon, that the increasing use of in vitro fertilization could lead to more infertility. When infertility has a genetic cause, in vitro fertilization preserves in the population a gene that without the technology would have been weeded out by natural selection.

Modern technology may also be helping us evolve different bodies. Caesarian sections make the healthy birth of babies too large to make it through the birth canal possible. Increased use of these procedures could possibly lead to an increase in the average size of humans. A 2016 study models how that might already be happening in some populations.

The workings of evolution are complex, involving myriad small adaptations that — over time — may result in significant changes. While scientists can’t predict what that will mean for future humans, there’s one thing most of them agree on: We’re still evolving, bit by bit.