5 Natural Ways You Can Improve Your Memory

Try these simple tips to boost your brain. 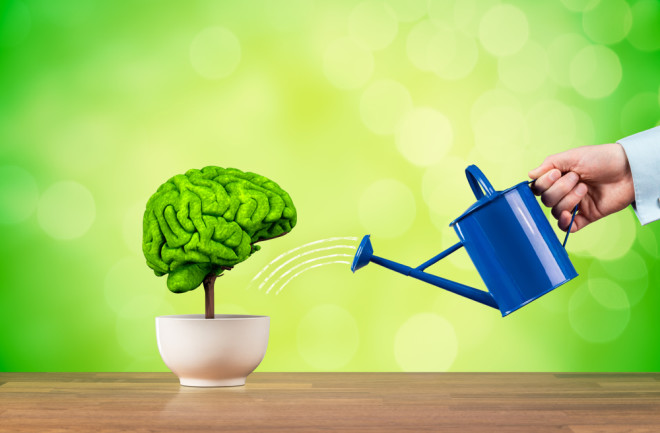 Memory is the process of storing and retrieving information in our brains. Many factors affect memory, including age, damage, pain, sleep and stress. Engaging our brains is integral to memory function, and there are many ways to do that. Learning a new language or skill, learning to play an instrument or expanding your vocabulary can all boost memory. So can increased social interaction. Even simpler is lowering sugar intake and eating fewer inflammatory foods. Here are five natural ways to improve your memory.

Eating healthy foods is great for your body and your mind. Besides helping us with our mood and focus, healthy foods are vital for our memory, as well. Blueberries, for example, have been shown to increase blood flow to areas of the brain correlated with memory. One study compared results on memory tests taken by children who drank smoothies with berries, compared to those who didn’t. After several months, researchers found those who drank the berry smoothies had higher scores in the tests than those in a placebo group. Additional studies with children drinking berry smoothies showed an improvement in memory tests as compared to those drinking non-berry smoothies.

In addition, fatty fish — such as salmon, sardines and herring — have high levels of omega-3 fatty acids, including DHA, which has been shown to lead to memory improvement. Walnuts improve cognitive function, including memory, due to their content of alpha linolenic acid.

And, good news for people who love their morning coffee: Researchers found that caffeine boosts memory when participants were tested at levels of 200 milligrams — the caffeine equivalent of about two cups of coffee.

When older adults regularly engage in word puzzles and/or numbers puzzles, such as Sudoku, they perform better in a variety of brain function tests — including those that are memory based. Researchers have calculated that among people who regularly do these types of puzzles, brain function related to short-term memory is calculated at eight years younger than their actual age. Not into word or number puzzles? Try jigsaw puzzles. Doing jigsaw puzzles taps into the visuospatial cognitive processes, including episodic memory and working memory. This is because when we do a jigsaw puzzle, we use our memory to remember aspects such as sizes and shapes, and envision where they fit. This helps to improve short-term memory. Puzzles have other benefits too, including lowering stress, enhancing mood, improving problem-solving skills and increasing IQ.

Memory function is comprised of three parts: Acquisition, experiencing or learning something new; consolidation, the process of integrating that new information in the brain, storing the memory; and recall, accessing that stored information. Scientific evidence suggests that a variety of sleep stages impact the consolidation aspect of memory, with sleep deprivation negatively affecting memory. When people don’t get enough sleep, the brain has insufficient opportunity to create pathways to consolidate new information you’ve learned. Sleep quality often decreases during the aging process, due to less slow-wave sleep (also known as deep sleep). As the medial prefrontal cortex deteriorates over time, it’s harder to achieve deep sleep. This frequently leads to older people having memory processing issues.

We know there are many physical benefits to exercise, including increased energy, weight loss, boosting good cholesterol (HDL) and lowering triglycerides. But there are also mind-boosting benefits associated with exercise, including memory gains. Exercise reduces inflammation and insulin resistance while releasing chemicals that support the health of brain cells. The prefrontal and medial temporal cortex, which control memory have greater volume in those who exercise. A study from the UT Southwestern Medical Center found that people who exercise have increased blood flow to the brain, which improves memory. After one year, participants who exercised had a 47 percent improvement in memory scores compared to those who only practiced stretching. Brain imaging revealed increased blood flow to the hippocampus and anterior cingulate cortex. Both regions are integral to memory function.

Short-term memory is negatively affected by proactive interference — which is when older memories interfere with your ability to recall more recent memories. Results from a study where mindfulness was used for one month found that participants who practiced the technique had less proactive interference, indicating better short-term memory. Meditation is another way to boost memory. A study of people with memory issues had participants either meditate or listen to a Mozart concerto for 12 minutes a day. At the end of two months, they found that the meditation group had increased cerebral blood flow in the frontal and parietal lobes, which is related to retrieving memories. The group that listened to music didn’t reach the same level of improvement.