How many of these power-packed superfoods are already in your daily diet? 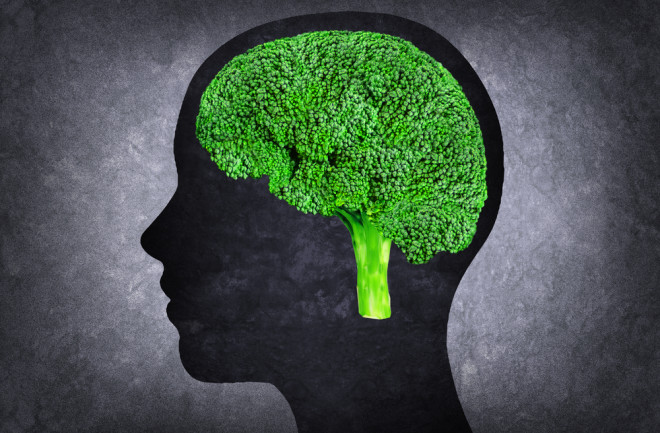 We all know that the brain is a high-performance machine, controlling essential operations like breathing, heartbeat, movements, senses, and thoughts (among many other functions). But a high-performance machine depends on high-quality fuel. Consuming processed and refined foods and beverages can be harmful to the brain — affecting optimum brain function, and contributing to physical problems like inflammation, as well mental-health concerns, such as depression. Conversely, a clean diet, which puts an emphasis on whole foods and limits processed foods, promotes better brain health. Here are some foods that are great for brain function, and can be easily incorporated into daily life.

Like all cruciferous vegetables, broccoli is packed with nutritional benefits. This veggie has certain chemical properties, such as the phytochemical sulforaphane, that makes it a powerhouse for brain health. Sulforaphane activates antioxidant responses, which is helpful for cognitive function, reducing inflammation, and rebuilding neural cells. Broccoli also boasts high levels of lutein, which maintains crystallized intelligence — knowledge gained from experience. If you’re not a broccoli fan, it may be because of how it’s prepared. While boiling will get the job done, it won’t impart any flavor. Roasting gives all vegetables deeper flavor and opportunities for seasoning with herbs and spices. For example, roasting broccoli with lemon and garlic is is a great way to get amazing flavor! As you can see, broccoli can be a delicious brain-boosting food.

Eggs are rich in choline, which is converted in the brain to acetylcholine. This neurotransmitter is an integral part of brain cell communication and memory. Eggs are also a great source of B vitamins, which have been correlated with slowing the process of mental decline and lowering the risk of dementia. A study of almost 2,500 men who were followed for 22 years found that those who ate one egg a day actually scored higher on cognitive tests than the people who ate fewer eggs. The egg has long been demonized, because of the level of cholesterol in yolks. For decades, conventional wisdom held that dietary cholesterol (what you consume in food) raised blood cholesterol and contributed to heart disease. This caused eggs to be viewed as less than healthy. But that theory has changed over the past several years. It seems that for most people (there are exceptions) the cholesterol in food doesn’t significantly impact cholesterol levels.

Collard greens, kale, spinach, arugula, romaine lettuce, watercress — all of these dark leafy greens are proven to improve brain health. These greens in particular possess high lutein levels, along with Vitamin K, folate, and beta-carotene, which are said to have beneficial cognitive impact. A Rush University study of almost 1,000 older adults found that those who consumed leafy vegetables had slowed memory decline and better thinking skills. The study’s author, Martha Clare Morris, describes the difference as being “equivalent to being 11 years younger in age.” Just one serving a day of leafy greens can have a positive effect. How's that for a superfood?

Our brains are made up of almost 60 percent fat — specifically fatty acids, which are necessary for brain function. Although there are several types of fatty acids, the main one found in the brain is the omega-3 fatty acid, docosahexaenoic acid (DHA). Interestingly, we are not able to make DHA, and can only get it from diet or supplements. One of the best sources of DHA is fatty fish, particularly salmon. There’s been a concern that mercury in salmon might cancel out the positive brain effects. Yet a study found that wasn’t true. In brain autopsies, it was revealed that even in participants who had higher levels of mercury, those levels didn’t seem to cause neurological damage. In fact, among participants who ate salmon once a week, there was a lower occurrence of amyloid plaques — which play a key role in Alzheimer’s.

Nuts in general are a great source of plant protein and full of health benefits. But walnuts in particular are associated with brain health. They’re very high in alpha-linolenic acid (yes, another omega-3!), which is linked to cognitive health. One study found that people who ate a large amount of walnuts scored higher in cognitive tests than those who didn’t. Walnuts were also related to improved mood in non-depressed males. In studies done with mice, the NIH explored the connection between walnuts and brain health. They found that walnut supplementation improved motor coordination, learning skills, and memory. This suggests that walnuts may have protective effects in age-related cognitive decline and impairment, as well as helping in maintain cognitive function.