Despite recent breakthroughs in research, young women with the condition are still commonly overlooked by parents, educators and medical providers. 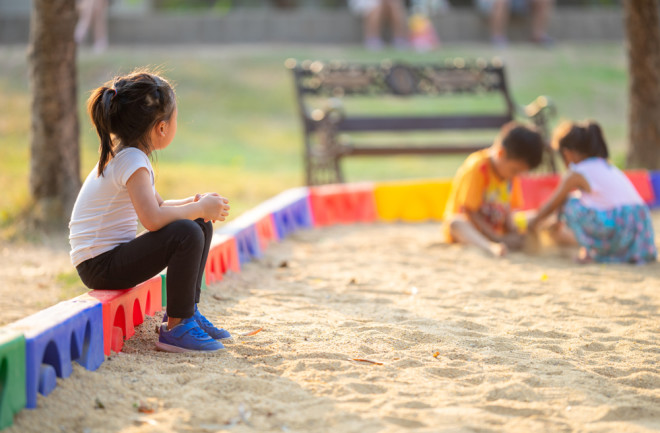 In 2017, Big Bird met a new neighbor on Sesame Street. Julia, a four-year-old with autism spectrum disorder, didn’t look up from her paint project when Big Bird introduced himself. She also didn’t respond when he complimented her painting, and she left him hanging when he asked for a high five.

Alan, the grown-up, explained to Big Bird that Julia had autism, which meant she might not answer him right away or do things the way he might expect. Muppets Elmo and Abby assured Big Bird that Julia was fun and liked playing with her friends. The scene ended with the group singing a song about acceptance called “We Can All Be Friends.”

Advocates praised Sesame Street for promoting autism awareness. In fact, parents of non-autistic children under the age of six showed significant increases in knowledge and acceptance of the condition after viewing the segment, according to a 2020 study from the journal Autism.

Sesame Street made a notable choice to include a female character with autism — media portrayals have typically been limited to male characters. Off-screen, research has also focused more on boys with autism.

Only in the last decade have scientists come to learn more about autism in girls. The condition presents differently in females, which means many parents and educators can’t always recognize the symptoms. Girls are also able to mask symptoms more easily than boys, and diagnostic tools are currently structured to identify behaviors more commonly seen in males. So although one in 44 8-year-olds have been diagnosed with autism, indicating a higher prevalence than previously estimated, boys are four times more likely to receive a diagnosis. The discrepancy has prompted advocates to call for a change in diagnostic criteria so that more girls can receive support.

The Long Road to Defining Autism

Social scientists have historically struggled to understand autism, which has only received detailed study relatively recently. The term autism was first used in academic literature in the early 1940s. At the time, researchers had considered it a form of childhood schizophrenia. They also made the incorrect assumption that children with autism were more likely to have parents with psychological disorders.

The misunderstanding persisted for several decades. In 1952, autism was classified with schizophrenia in the first Diagnostic and Statistical Manual of Mental Disorders (DSM-1) by The American Psychiatric Association. It wasn’t until 1980 that autism became a separate condition in the DSM-3.

Although autism research made important progress in the 1980s and 1990s, it primarily focused on boys and the symptoms they typically present. Hand-flapping, for example, is a behavior seen more often in boys than girls. Similarly, boys are more likely to hyper-focus on an area of interest like trains or dinosaurs. Essentially, scientists trained themselves to recognize these symptoms without considering whether autism manifested differently in girls.

The medical community only began questioning these nuances in the late 2000s. The inquiry was prompted by female attendees of a 2008 international medical conference who questioned why their autism diagnoses arrived later in life rather than during childhood. In the coming decade, researchers learned that autism indeed looks different in young women and that most adults are unable to see the signs.

To meet the criteria for autism under the DSM-5, a person must display deficits in three communication areas — social-emotional reciprocity; nonverbal communication; and relationship deficits.

Troubles with social-emotional reciprocity might include the inability to hold a back-and-forth conversation or feign interest in someone else’s chosen topic of conversation. With deficits in nonverbal communication, someone might find it challenging to maintain eye contact or interpret facial expressions. As for relationship deficits, an individual may have difficulty making and maintaining friendships or adjusting their behavior to various settings.

The DSM-5 also requires someone to demonstrate at least two restricted or repetitive behaviors, which include insistence on sameness, rigid thinking, or fixated interests. The DSM-5 acknowledges that symptoms can be “masked,” meaning they aren’t noticeable until social demand exceeds the person’s limitations.

In recent years, researchers have increasingly observed that girls are more easily able to “mask” or “camouflage” their symptoms. For a 2017 Journal of Autism and Developmental Disorders study, researchers interviewed 92 women with autism about their camouflaging behaviors, which included mimicking other people’s facial expressions and intentionally making eye contact. Girls who camouflage are more likely to go undiagnosed, which can lead to stress, anxiety, and depression, the research team reported.

Young women with autism are less likely to receive diagnoses due to a contrast in play styles. Boys tend to play in teams or larger groups in playground settings, a 2017 Autism study published in the journal Autism noted, which means boys who play alone are more likely to attract a teacher or playground supervisor’s attention. Meanwhile, girls tend to socialize in smaller groups, and those with autism are more likely to weave in and out of playgroups — a behavior that does not usually invite adult concern.

The study authors concluded that young women with autism are able to conceal their symptoms from adults, but other children are actually more aware of their social challenges.

Adults are also likely to confuse girls’ symptoms with problematic behaviors. One article suggested that characteristics typically associated with autism, such as repetitive behaviors, were not a predictor of an autism diagnosis in girls. Rather, parents’ reports of emotional or behavioral problems served as a better predictor of an autism diagnosis.

Current diagnostic standards are unlikely to identify autism in girls, the researchers emphasized. And without systemic changes, young women with autism likely won’t receive the resources they need; for example, financial assistance for families and certain types of therapy commonly require a diagnosis.