We evolved to metabolize alcohol long before we were even human, thanks to our primate ancestry. 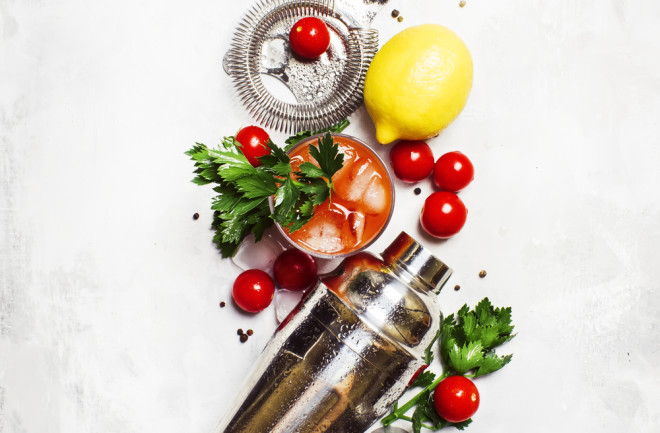 Humans have enjoyed fermented beverages for thousands of years. According to the experts, we started intentionally fermenting fruits and grains at around the same time agriculture began to take hold in the Middle East and Asia.

Some of the first vessels were used to ferment alcohol in Western China around 8,000 years ago, says Robert Dudley, a professor of biomechanics and comparative physiology at the University of California, Berkeley. And hawthorn berries, a tangy, nutrient-rich fruit that grows on trees and shrubs in Europe and Asia, made the world’s first booze, he says.

We’ve only been intentionally fermenting beverages for a small fraction of our history, but we evolved to metabolize alcohol before we were even human, says Dudley.

The Evolution of Alcohol Metabolism

"Around 12 million years ago, when orangutans split from gibbons and primates were beginning to walk on land, a gene mutation allowed for a 12-fold increase in our ability to metabolize alcohol," he says.

The mutation may be connected to the great apes during terrestrialization. The more apes walked on land, the more they may have needed to eat ethanol-containing, fermented fruit that fell from the trees, says Dudley.

Spider monkeys habitually fed on fruit that contained 1 to 2 percent alcohol in recent research published in the Royal Society Open Science. It was likely that the monkeys ate the fruit not to get tipsy, but because the ethanol-containing fruit was more calorically dense. This could be another reason why primates, who would later evolve into modern humans, started metabolizing fermented fruits, says Christina Campbell, a primatologist at California State University, Northridge.

"Our attraction to alcohol is not unique, it’s something that we’ve inherited from our primate ancestry," says Campbell.

The Benefits of Booze

Spider monkeys, like other primates, are sensitive to the smell of ethanol, Campbell says. And their sensitivity to its scent may signify how important it is to their survival. She says that spider monkeys can smell even low levels of alcohol in the fruits they consume.

"This sensitivity might be part of their selection process," she says.

Some monkeys do get intoxicated, says Campbell. But she’s only witnessed this at the end of the fruiting season when most of the fruit is overripe and has fallen to the ground. "It’s not clear whether they’re choosing overly fermented fruit because they want to, or because that’s all that’s available," she says.

According to Dudley, the smell of ethanol allowed primates and later humans to sense calorie-rich, ripe fruit from far away. Both primates and humans smelled fruit all the time and it’s an evolutionary adaptation that likely happened because ripe fruit contains more calories. In the wild, even a few calories can make a big difference for survival.

Humans may also have evolved to choose fermented fruits because of what Dudley calls "the aperitif effect." Literature has documented that consuming a small amount of alcohol before a meal increases the time spent eating, as well as the overall caloric intake.

"Drinking alcohol is linked to increased consumption of food. We don’t know whether it occurs in non-human primates, but it would make sense that it does," says Dudley.

Animals in nature are often "calorically challenged" and are constantly competing to find enough food to satiate their hunger, says Dudley. Our ancestors also struggled with this before food became an easily consumed commodity in much of the world. Our ability to metabolize alcohol may have helped us eat enough calories to better position us for survival.

"Today, we’re not supply-limited like we once were, we’re demand-limited, which leads to diseases of excess like diabetes, heart disease and alcoholism," says Dudley. "But this isn’t true of the natural world. Even a slight increase in calories present in fermented fruits matters."