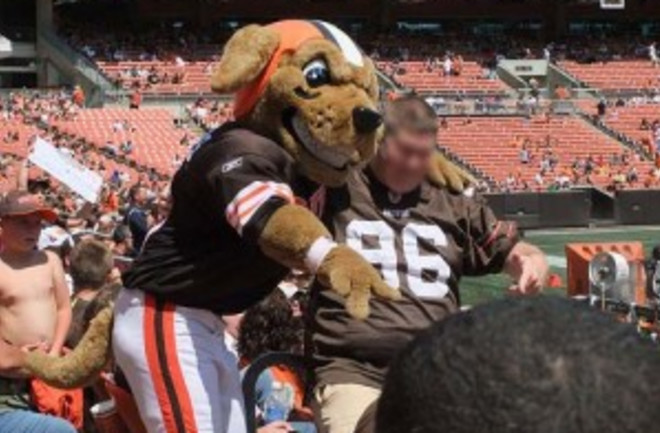 Photo: flickr/David FreemanEven on a good day, watching sports doesn't lend itself to healthy eating habits. However, according to this study, the degree of impact on your diet depends on whether your team wins or loses. Fans whose teams lost, especially in a close game with an evenly matched team, were more likely to drown their sorrows in food. But fear not! Self-affirmation (e.g., telling yourself "This was just a fluke, the Cubs are still the greatest!") helped to counter this effect. From Fan to Fat? Vicarious Losing Increases Unhealthy Eating, but Self-Affirmation Is an Effective Remedy. "Using archival and experimental data, we showed that vicarious defeats experienced by fans when their favorite football team loses lead them to consume less healthy food. On the Mondays following a Sunday National Football League (NFL) game, saturated-fat and food-calorie intake increase significantly in cities with losing teams, decrease in cities with winning teams, and remain at their usual levels in comparable cities without an NFL team or with an NFL team that did not play. These effects are greater in cities with the most committed fans, when the opponents are more evenly matched, and when the defeats are narrow. We found similar results when measuring the actual or intended food consumption of French soccer fans who had previously been asked to write about or watch highlights from victories or defeats of soccer teams. However, these unhealthy consequences of vicarious defeats disappear when supporters spontaneously self-affirm or are given the opportunity to do so."