The Science Behind Your Inexplicable Food Cravings 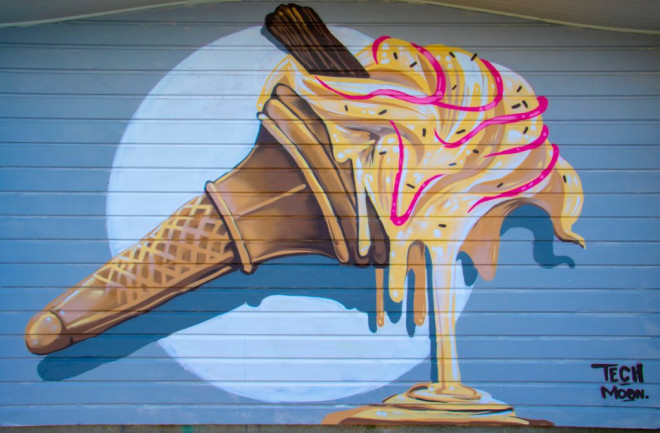 You swallow your last bite of lunch and head back to your desk. A stack of papers awaits you, and you’re just easing into work mode when suddenly you’re ambushed by a sudden, inexplicable hankering for potato chips. Every trace of productivity vanishes from your mind, replaced by a fixation on that crisp, salty snack. But you just ate … you can’t be hungry already, right?

For decades, the popular narrative of “the wisdom of the body” held that our cravings are bodily signals meant to prod us into balancing actual nutritional deficiencies. But now the bulk of scientific evidence has largely struck down the notion —  how much nutritional value is there in a double-chocolate brownie, anyway? With a few exceptions (notably sodium deficiency, which can make even seawater seem appetizing), our yearnings are governed by our brains.

Food on the Brain

The sudden need for specific foods is a universal struggle. Surveys show that a majority of people experience food cravings. And scientists have begun to understand the yearnings at a more fundamental level. A 2004 study found that when participants thought about foods they liked, certain areas of the brain lit up. Specifically, the hippocampus, the insula and the caudate nucleus, all key players in the dopamine reward system also involved with other types of cravings.

“This is consistent with the idea that cravings of all kinds, whether for food, drugs or designer shoes, have common mechanisms,” lead author Marcia Levin Pelchat said in a press release when the study was published.

Looking at it through an evolutionary lens, the tendency to pine for select foods (and to overindulge once they’re within gobbling distance) isn’t surprising. As Kent Berridge, a professor of psychology and neuroscience at the University of Michigan, notes “not many people crave raw carrots, but lots of people crave the sweet and fatty things.”

These foods are typically high in calories, and because our primitive ancestors didn’t have the luxury of strolling into the nearest grocery store or fast food joint, they took advantage of energy-dense foods when they were available. When every meal is an iffy proposition, you don’t skimp when a substantial one presents itself.

“That’s typically how the cravings go, toward these super-palatable tastes and textures we’ve evolved to prefer,” says Berridge. “It makes sense, in the environment we evolved in, to eat when you can.”

Though the negative effects of opportunistic munching have become clear in modern society, research suggests that at their most basic, those urges are ingrained in us. A yearning for the sweet and salty seems to be common to infants around the world, and may start in the womb. The preference for sweet things could even be linked to breast milk.

When the roots of food cravings run so deep, it’s difficult to know what to do. On the one hand, studies have shown that fully suppressing cravings is a doomed strategy, usually making it even harder not to give in. On the other hand, the more often you surrender, the more likely you are to form an unhealthy habit of overeating.

And again, the ever-present advertising and accessibility of 21st-century meal options don’t help. According to the Centers for Disease Control and Prevention, a staggering 40 percent of Americans are obese, and the modern ubiquity of pleasurable foods is one obvious culprit. Certain states of mind, like stress and anxiety, can also trigger cravings.

“The brain dopamine system is really activated by cues,” Berridge says, whether emotional or environmental. “Having the foods available itself is a major factor. It’s always within reach, in your freezer or just down the street. We didn’t evolve with that, so it sort of overloads us.”

Some scientists hope that a better understanding of the hedonic aspects of food choice can help in battling the obesity epidemic. In the meantime, we’re largely left to our own devices. Berridge says little tricks like limiting your portions and deciding in advance to forgo dessert can help. Self-control alone doesn’t stand much of a chance.

“This kind of craving mechanism,” Berridge says, “it’s not really amenable to reasoning.”

More From Discover
Health
Could COVID-19 Be Changing Who We Are?
Health
Decorate For the Holidays Early and it Might Improve Your Mood
Mind
Can't Resist a Black Friday Deal? Here's Why
Mind
What Is Dissociative Identity Disorder?
Health
What You Can Do About Seasonal Depression
The Sciences
3 Historic Hoaxes That Duped The Masses, Scientists Or Media
Recommendations From Our Store
My Science ShopDiscover STEM Kits
My Science ShopDiscover 2022 Calendar
My Science ShopStrange Science
My Science ShopElements Flashcards
Shop Now
Stay Curious
Join
Our List