What Defines a ‘Pandemic,’ and How Are They Stopped?

Pandemic does not equal panic. Here’s the science behind the term as the novel coronavirus starts spreading more widely in the United States. 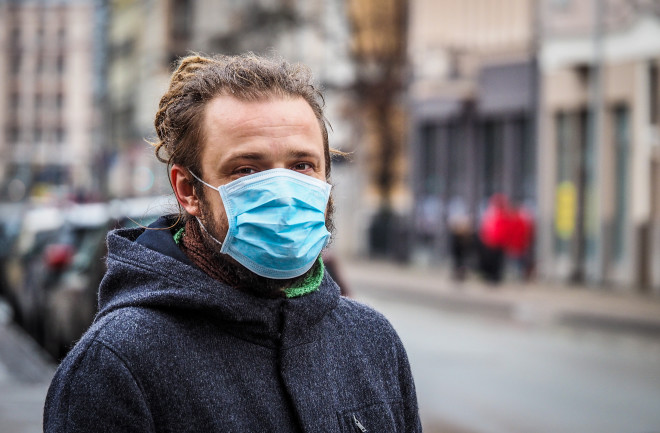 Unless you’ve been hiding out in a remote cave without internet access, you’ve probably spent the last few weeks increasingly worried about novel coronavirus, which causes a disease known as COVID-19.

The coronavirus arose in China and is now spreading across the globe. In the U.S., 12 people have died from the virus so far, according to The Washington Post, with cases detected across the country, from Washington and California to Rhode Island and New York.

You’ve also likely heard the word pandemic bandied about in the midst of this coverage, perhaps alongside comparisons to the 2009 H1N1 swine flu or the 1918 outbreak of Spanish influenza. It’s true: COVID-19 could very well become a pandemic this year. Some experts think the disease has already reached this level of classification.

Pandemic seems like a scary label, conjuring up visions of Hollywood-style apocalyptic doom. But the word probably doesn’t mean what you think it does, and understanding its definition can help us predict what may come next in the continuing COVID-19 saga.

What is a Pandemic?

First, we have to start with another word you’ve probably been hearing in the news a lot: epidemic. An epidemic is an often-sharp increase in the number of cases of a disease — either a known disease or a novel one — compared with what would normally be expected in a particular population in a given part of the world, according to the Centers for Disease Control and Prevention.

If other parts of the world also start to experience epidemics of that same disease, the situation can turn into a pandemic. “From purely an epidemiological perspective, a pandemic is an epidemic that has gone global,” says Erin Sorrell, a member of Georgetown University’s Center for Global Health Science and Security, and an assistant professor of microbiology. “The key term in order to qualify something as a pandemic is a global transmission, global spread,” she adds.

Read more: Novel Coronavirus Outbreak: What It Is and How We're Dealing With It

The word pandemic, on its own, however, doesn’t tell us anything about how serious the impact of the disease will be. Pandemics can be both mild and severe, depending on the disease itself. The most recent pandemic, for example, was in 2009 with the global spread of the H1N1 strain of influenza. While the outbreak formally reached pandemic levels by spreading across the globe, the disease had a mild impact in many countries.

Because COVID-19 is spreading quickly in three major world regions — Asia, the Middle East and Europe — this outbreak could already technically be considered a pandemic, says veteran public health researcher Lone Simonsen, a professor of population health science at Roskilde University in Denmark.

The World Health Organization (WHO) has declared the COVID-19 situation a “public health emergency of international concern,” but the agency has said it doesn’t yet think it is a pandemic.

But with new cases popping up every day in the U.S., it is easy to imagine this outbreak officially moving into the next phase before too long.

So, how do you stop a pandemic?

“You don’t,” says Simonsen. Once a disease reaches that level of transmission, there is no way to stop the spread completely.

There are ways to slow it down, however. Most countries already have pandemic plans prepared if things get to that point, says Sorrell. These plans are supposed to help health care systems adapt to the influx of cases, as well as try to reduce the spread of the disease by closing schools, shutting down mass gatherings and making other changes to daily life.

The fact that the WHO and world governments have not yet declared the situation a pandemic seems to signal that these agencies still think it is possible to slow or halt the disease’s global spread, says Sorrell. This week, the WHO reiterated that containing the disease is still its priority.

COVID-19 has already posed some unique challenges, however. For one thing, it is a new disease so everything we know about it we are learning on the go. In about 80 percent of cases thus far, according to a recent study by the Chinese Center for Disease Control and Prevention, the symptoms are mild and can go undetected or undiagnosed. This makes it easier for people to accidentally spread the virus undetected for days or weeks at a time — as scientists now believe happened in Washington state in February.

However, the fatality rate from COVID-19 is likely much lower than this initial reported rate, says Simonsen. Because so many cases are so mild, many people who have the virus won’t seek medical attention and get counted, skewing the numbers. At the same time, some populations, like older adults and people with underlying health conditions, might be at greater risk of serious illness from COVID-19.

And there are other reasons not to panic: Today, we have much better medical care than we did 100 years ago. Beyond that, a global community of scientists is working to unlock the secrets of this disease as quickly as possible.