The Nobel Prize For Medicine Goes To... 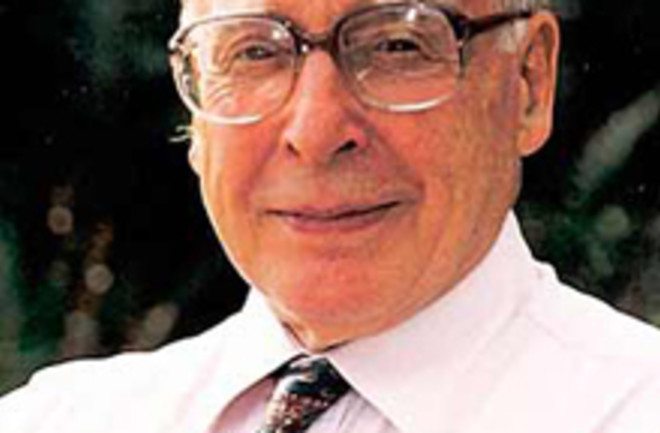 Robert G. Edwards. Edwards' work creating in vitro fertilization led to the birth of four million babies, and now it has garnered him the Nobel Prize.

Dr. Edwards, a physiologist who spent much of his career at Cambridge University in England, spent more than 20 years solving a series of problems in getting eggs and sperm to mature and successfully unite outside the body. His colleague, Dr. [Patrick] Steptoe, was a gynecologist and pioneer of laparoscopic surgery, the method used to extract eggs from the prospective mother. Dr. Steptoe, who presumably would otherwise have shared the prize, died in 1988. [The New York Times]

After years of basic research on the idea, Edwards created a human embryo outside the body by the late 1960s. But it would be another decade of refinement before the birth of the first "test tube baby," Louise Brown

stirred up a fuss in its early days.

The work by Edwards and Steptoe stirred a "lively ethical debate," the Nobel citation said, with the Vatican, other religious leaders and some scientists demanding the project be stopped. When the British Medical Research Council declined funding for Steptoe and Edwards, a private donation allowed them to continue their research. [Christian Science Monitor]

Despite the controversy, Edwards says he felt compelled to charge ahead.

"The most important thing in life is having a child," he said. "Nothing is more special than a child. Steptoe and I were deeply affected by the desperation felt by couples who so wanted to have children. We had a lot of critics but we fought like hell for our patients." [The Guardian]

for chemistry, physics, literature, and peace are yet to come this week. The economics prize will be awarded a week from today. Related Content: DISCOVER: IVM: A Fertility Treatment that Could Mean Pregnancy for Half the Cost

DISCOVER: Human in the Age of Mechanical Reproduction