The microbes inside our gut have evolved tricks to control our appetite and immune system, which can impact our sleep. Supporting the microbiome in the following ways might improve your rest. 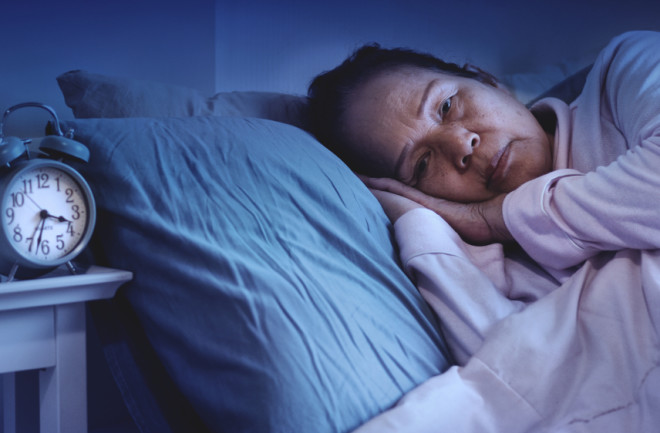 (Credit: Mama Belle and the kids/Shutterstock)

A couple of weeks ago, I was prescribed antibiotics to treat an infection. Besides noticing a shift in my digestion, I also felt my sleep worsen. For a few nights, I had insomnia, which was unusual for me. I wondered: Could a routine course of amoxicillin impact my sleep?

Antibiotics tend to kill off some bacteria in the gut, not just the germs causing infection, so my restless nights could have been linked to the relationship between my gut microbiota and my brain. And it’s not just me interested in this connection. Scientists are increasingly looking at how our gut microbiome (with roughly 100 trillion little bugs found in our digestive tracts) is connected to good sleep.

Each of us are carrying entire civilizations in our guts, tiny empires of bacteria, fungi and other microbes. They help us digest food, regulate the immune system and generate vitamins like B12, among many other things. Most people pay little attention to the swill of microscopic bugs inside us. In fact, most scientists have overlooked the microbiome until relatively recently, when better research came along, shining a light on the creatures we carry.

“The gut microbiota has co-evolved with humans and mammals,” says Paromita Kaulmann-Sen, a neuroscientist who studies the gut-brain axis at the APC Microbiome Ireland SFI Research Centre. “It has formed this symbiotic relationship that is mutually beneficial for both the host and the microbiome.”

And the implications are huge: Diminished or unhealthy microbiomes have been linked to colon cancer, obesity, cardiovascular disease, diabetes and more. We can now add quality of sleep high up on the list of human processes that are likely informed by microbiota.

The link between sleep and the microbiome is circular: Poor sleep can create poor conditions for microbiota, while poor digestive health can generate issues with sleep. But it’s more of a tangled web than a strictly bidirectional relationship, making it difficult to tease out the precise underlying mechanisms.

Again, there are trillions and trillions of bacteria, viruses and many other microorganisms living inside of us — some good, some not-so-good. The scale and variety creates so many variables that, until recently, scientists didn’t really have the tools to decipher the specific implications. Nonetheless, in a paper published in Cell Press, Kaulmann-Sen and her colleagues reviewed the many different ways scientists think the microbiome might influence sleep.

To understand how, we can think of our colons as mini breweries. Whatever we eat is in turn digested by the microbes inside us and they fart out gasses and metabolites that can enter our bloodstream, and from there, our brains. This process, called fermentation, can produce metabolites that are sometimes in the form of short-chain fatty acids — chemicals like acetate and butyrate that play an important role in metabolism.

Elevated levels of butyrate, which is a byproduct of dairy products and non-digestible carbohydrates, have also been shown to enhance sleep. In 2019, researchers from Washington State University gave rats tributyrin, an ingredient in butter which breaks down into butyrate. Their results, published in Scientific Reports, suggested that certain stages of sleep increased by 50 to 70 percent.

A more direct way of microbes altering our sleep is via the vagus nerve, the superhighway of the parasympathetic nervous system, which plays an important role in modulating mood, digesting food and regulating immune responses. However, a beneficial gut bacteria called Lactobacillus brevis has demonstrated the ability to activate this nerve and increase appetites, at least in mice. Scientists predict this is done by stimulating serotonin receptors and they tested it by injecting mice with drugs that block these receptors. They found the increased appetite was blocked.

Serotonin is often associated with mental health, and even psychedelic treatments because drugs like LSD and psilocybin act on these receptors. But serotonin is also extremely important in diet. In fact, there are more serotonin receptors in the gut than in our skulls, leading some to call it a “second brain.”

“The microbiome appears to interact directly with the brain. We know this from certain psychiatric diseases, where the microbiome influences brain metabolism and mood,” says Andrew Goldberg, a professor at University of California, San Francisco, who studies nose and throat conditions like asthma and sinus infections. Goldberg became interested in the microbiome about a decade ago when he learned it may have an impact on sleep apneas, or trouble breathing while unconscious.

Many comorbidities are associated with apneas, including hypertension, heart disease, atherosclerosis and obesity, Goldberg says. But because this relationship is bidirectional, we might be able to treat all these diseases with “probiotics, prebiotics, and microbiota transplantation,” Goldberg and his colleagues wrote in a review in the journal Sleep last year.

So far, a lot of this research is in animals, not humans, making it speculative. “Making conclusions from experimental evidence in humans can be messy. And so that's one reason why we use animals,” Goldberg says. “But understanding any human disease is always tricky, because of all these additional variables that we can't always control for.”

The preliminary findings should be taken with a grain of salt. A review published in the journal Microbiome in May 2021 described the field as rife with a “multitude of systemic biases” but outlined ways to fix the issue, such as keeping study methods consistent.

He adds that, “We are in the absolute infancy of understanding the influence of the microbiome on body in health and disease.”

Read More: Gut Bacteria's Role in Anxiety and Depression: It’s Not Just In Your Head

How To Improve Your Sleep Via The Microbiome

While there is still much to unravel about the microbes inside us, there are practical ways to improve our gut health — and possibly our sleep as a result. Think of your gut flora as a literal garden and fertilize it with stuff that will grow cultures you want, rather than potential weeds.

Diet and exercise is the tried-and-true duo that many people may be tired of supporting when it comes to improving their health. But a lot of evidence suggests these are the best ways to improve the health of your microbiome, and by association, maybe improve your sleep.

A diet that is high in fiber or fermented foods, as well as plenty of fruits and vegetables in general, can increase the diversity of the microbiome and reduce inflammation. Also, yogurt, cottage cheese and kombucha all contain healthy bacteria. There are options for over-the-counter probiotics, prebiotics and postbiotics, too, each with their own drawbacks and benefits. You may want to avoid alcohol and fatty foods.

It cannot be understated how important good sleep hygiene is. People take all kinds of supplements and drugs for their sleep, because a lack of good rest is linked to all sorts of health issues. Unfortunately, most sleep drugs don’t actually work — they are sedating, but don’t help your brain enter the critical periods of sleep. “Things in general that reduce muscle tone are things that are best avoided for sleep,” Goldberg says. “Typically, these are sedatives, alcohol and large fatty meals before going to bed.”

Kaulmann-Sen says that improving your gut microbiota might be a better option than relying on medications. (Anyone considering this should talk to a doctor before stopping or starting any pharmaceuticals.) “This is such a new and emerging topic and it can affect the brain in such an easy way, as opposed to having some hardcore drug that crosses the blood brain barrier. I think it has a lot of potential,” Kaulmann-Sen says.

Goldberg agrees: “The more we find out about the microbiome and its effects on the central nervous system, the more wide ranging I think we're going to find its influences.”