Sometimes, Viruses Can Be Good For Your Health

From phage therapy and cancer killers to drivers of human evolution, viruses do a lot to benefit the world. 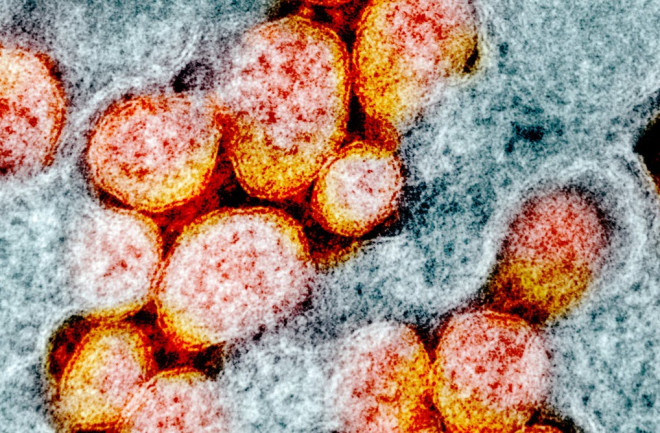 Imagine that you have a devastating heart infection that won’t respond to medication. For one 76-year-old man, that nightmare was his reality. Following surgery for an aortic aneurysm — which makes the heart’s main artery swell to almost twice its normal size — a nasty bacterial infection caused by the microbe Pseudomonas aeruginosa had taken over.

Beyond that, the bacteria in his body slowly became resistant to even massive doses of antibiotics. The septic infection became so bad that a cavity grew in the patient’s chest; drainage began to erode his aorta, making surgery highly risky. Desperate, the patient and his doctors tried an experimental treatment that would become known as “phage therapy.” In January 2016, doctors injected him with a mixture of antibiotics and hundreds of millions of viruses called OMKO1 that were found in a pond in Connecticut.

The idea was that this virus would target efflux pumps that P. aeruginosa had evolved to spit out bacteria-killing drugs. The bacteria would then evolve new resistance to the virus by deleting these pumps — but this selection would make the pathogen susceptible to antibiotics again.

It worked. Four weeks after the injection, the patient had unrelated surgery, and doctors found no trace of P. aeruginosa. A case study was published in 2018, and Paul Turner, an evolutionary biologist at Yale University who worked on the case, says he has since treated 13 patients using phage therapy. All 13 have recovered, although the results are still pending publication.

Phage therapy highlights just one of the many ways viruses can — and do — benefit humans. In the middle of the COVID-19 pandemic, people are understandably furious at the coronavirus responsible for such widespread destruction and death. It’s remarkable, and tragic, that something so tiny can gain such a tremendous foothold on our society. But not everything viruses do are inherently harmful.

In many cases, we’ve been able to wrangle viruses to do our bidding. Thanks to their unique ability to worm into DNA, viruses can be used to inject genes into cells, which can reverse some genetic diseases. For example, some viruses have been able to cure hemophilia, a blood disorder that prevents clotting.

Viruses have also helped illuminate how the human mind works, using a technique called optogenetics. It involves the use of viruses that have been genetically modified with light-sensitive cell receptors lifted from green algae.

When injected into the brain, these viruses are able to modify the DNA of specific neurons, allowing them to be switched on or off by flashing those brain cells with blue light. By observing what happens when these switches are thrown, neuroscientists have developed new theories on how things like depression and addiction become ingrained in the brain.

The Next Generation of Drugs?

Phage therapy is actually older than antibiotics and attracted a lot of attention in the West before Alexander Fleming introduced penicillin. In some ways, viruses may be more effective than medications because they can function as “self-amplifying drugs,” Turner says. Imagine if you took ibuprofen with the ability to reproduce itself and deploy the instance you had a headache.

Some scientists are exploring using oncolytic viruses to pop cancer cells, which can make them very useful for dissolving tumors. But while these experiments have been successful in the lab, using viruses to attack cancer is kind of like training a tiger: There’s a chance they could turn on you — what Turner calls a “buffet problem.”

“If you bring a virus to this buffet table and tell it, ‘No, you have to only eat salad,’ you know, that steak over there is looking pretty good,” Turner says, with the “steak” being healthy cells you don’t want a virus to destroy. And it’s not a trivial issue. “You would try and bring in as many ways to reduce that possibility, but it’s a hard one to eliminate entirely,” he adds.

Believe it or not, humans probably owe our entire existence to viruses, at least in part. In 2000, the Human Genome Project revealed that we have the ghosts of viruses in our DNA. It’s not a small amount, either — at least 8 percent of the human genome reveals the teeth marks of ancient retroviruses that worked their way into our ancestors’ DNA.

“Viruses can get locked into the genome, and that’s not trivial because they might actually bring genes that are useful to the host,” Turner says. “That’s pretty beneficial, I would say.”

One insertion at least 60 million years ago was a gene called syncytin, which spurred the evolution of the placenta. Before this adaptation, animals used eggshells to wall off offspring from the mother’s own trigger-happy immune system. Otherwise, a fetus would be gobbled up by white blood cells. But syncytin allows our genes to build a barrier between fetus and mother while still allowing the exchange of nutrients. In short, we owe some of the fundamental principles of human evolution to viruses.

Viruses still play a beneficial role in our health today. Take the microbiome, which seeks to catalog the intricate society of microbes that reside in our bowels. There’s also a human virome — and, just as not all gut bacteria are intrinsically bad, not all viruses on our body are malevolent. Some viruses actually prevent infection.

“The extent to which viruses are around in our environment isn’t completely appreciated,” says Ken Cadwell, a microbiologist at New York University’s Grossman School of Medicine. He and other scientists are starting to understand the ways we can better coexist with viruses. So far, most of this research is in mice, but in one study Cadwell demonstrated that viruses can protect against intestinal damage caused by antibiotics.

One day, this could lead to therapies or technology to help humans live in better harmony with viruses. “They’re not like these things that are conscious entities that are nefarious and trying to plot your demise,” Cadwell says. “They’re basically tiny robots that are trying to make copies of themselves. Whether or not the host gets sick is kind of more on us than them.”