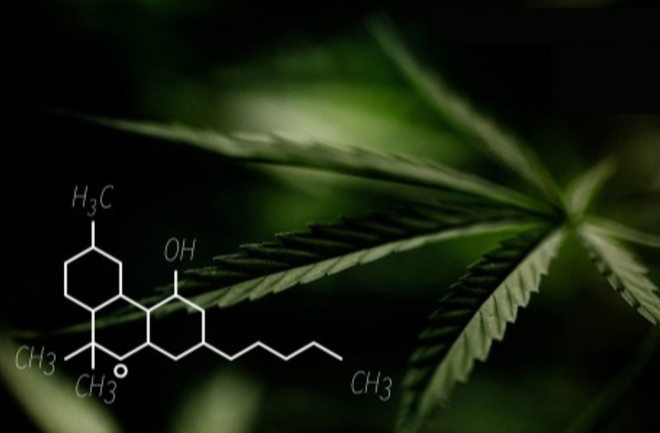 Raphael Mechoulam recently celebrated his 89th birthday, but the “father of cannabis research” isn’t done trying to uncover the secrets of marijuana.

In 1964, Mechoulam discovered THC, the cannabinoid most famous for its intoxicating effect. The find in turn led to the discovery of the endocannabinoid system (ECS). The ECS likely plays a role in regulating immune function, but it also influences memory, mood, hormone regulation and more.

Then, in 1980, Mechoulam showed that CBD, a cannabinoid swept up in the latest wellness trend, could treat seizures in epileptic patients. More than 30 years later, U.K.-based GW Pharmaceuticals took notice and developed Epidiolex, the first plant-based cannabis prescription drug, which was approved for sale in the U.S. in 2018.

Now, Mechoulam says he’s found a way to stabilize other cannabis compounds: cannabinoid acids, the molecules that come as precursors to cannabinoids in marijuana plants. These compounds may have even more therapeutic potential, due in part to their potency. CBDA, for example, is reportedly 1,000 times more potent than CBD when it comes to reducing nausea. It may be more therapeutic for other conditions as well.

Read more: What is CBD Oil and Why Do People Take It?

Mechoulam has partnered with the U.S.-based pharmaceutical IP company EPM to supply cannabinoid acid molecules for the development of new treatments. Trials in humans to treat psoriasis and inflammatory bowel disease are scheduled to begin next year. Discover recently interviewed Mechoulam about developing cannabinoid acids, treating addiction with cannabis derivatives, and what it’s like to devote your life to researching an often-stigmatized plant. This interview has been edited for clarity and length.

Discover magazine: What exactly are cannabinoid acids, and how might they be useful to us?

Raphael Mechoulam: The acids are the precursors of THC and CBD. The plant doesn't directly make THC and CBD, it makes the acids. They are precursors and these compounds, unfortunately, are not stable and therefore there has not been a lot of interest in them. We were glad to find out that it is a very potent compound, probably more active than CBD. It is a very good anti-anxiety agent, and we have found out that it lowers the side effects of cancer chemotherapy. It also has an anti-depressive effect and it's a pretty potent anti-pain compound.

You’ve mentioned several of your discoveries largely went unnoticed when they were first published. Do you worry that could happen again with these acid-based cannabinoids?

When we started work [in the early ’60s], there was essentially no interest. It's kind of ridiculous. I asked for a grant from [National Institutes of Health] and they told me, ‘It's not relevant. Nobody smokes marijuana in the U.S., people do it in Mexico.’ A year or two later, for some peculiar reason, a lot of people started smoking marijuana and then NIH, all of a sudden, became interested and they supported my work for almost 45 years. In the early ’80s, we published a paper showing that cannabidiol [CBD] is a very good antiepileptic, and I thought it would be developed [as a drug], particularly since it shows no side effects. Nothing happened for 35 years, and then some parents, not companies, discovered cannabidiol helps their children with pediatric epilepsy. So, there was some pressure in the U.S., and social pressure in the U.S. works. The FDA approved a clinical trial, and the clinical trial said yes, it's an excellent drug in certain types of epilepsy. And so [Epidiolex] has been approved. Now, the approval could have been made 35 years ago, and we could have helped thousands of children. So I hope that we won't have to wait 30 or 40 years for the other discoveries.

You’ve also pursued research into the cannabinoid-like compound anandamide, which might have therapeutic potential as well. What makes you excited about it?

We are very much involved in addictions. This is, frankly, a new field, because until recently addiction was thought to be a kind of a psychological thing. We and many others have found that it's not psychological, it's an actual disease with compounds and reactions in the body.

If a mouse is addicted to nicotine, for example, the body makes a particular anandamide-like compound which can work against addiction. It can prevent the addiction, or it can lower, very considerably, withdrawal effects. This particular compound lowers, or almost prevents, both nicotine and heroin withdrawal symptoms.

So, here we have something quite practical, I hope. In the U.S. last year, 65,000 people died because of addiction — they overdose themselves. In many cases, these are people who are willing to get rid of their addiction, but they couldn't. In many cases, this was due to the very strong withdrawal effects. And if there is a drug which essentially eliminates the withdrawal effects of opiates or nicotine, then I hope that it will be of wide use.

But, you see, there is a really major need of clinical trials. Anandamide has never been given to a human as a drug. Almost 100 years ago, when insulin was discovered, it was administered within six months; it became a drug within a year or two. Here we have anandamide, a nontoxic compound which has never been administered, and so it has been sitting around for the last 25 years and nobody has been able to get the OK to give it to humans.

Some of your work has focused on the immune system. What’s the connection between the endocannabinoid system and disease?

From my point of view, our body tries to fight every single disease in most cases with the immune system. It’s a very important system, but the immune system as we know it today doesn't address some of the diseases. So, the body has other ways to try to fight these diseases, and I believe that the endocannabinoid system is one of the major systems through which the body tries to fight disease. So, maybe in a decade or so, we should be speaking of not only the immune system but the endocannabinoid [system]. It may be an additional way the body attacks disease states.

[Update 11/22/19: The article has been updated to correctly identify what kind of company EPM is and what their role is.]

Does Smoking Marijuana Cause Cancer?

What Are Cannabis Terpenes and What Do They Do?

More From Discover
Mind
Redefining Suicide in the U.S.
Mind
Your Next Therapist Could Be a Chatbot App
Mind
Conversations With Strangers Are Often More Enjoyable Than We Expect
Health
The Mental and Physical Benefits of Getting Outdoors
Mind
5 Rare Mental Conditions You May Not Know About
Health
Therapy on a Plate: How Your Diet Can Benefit Your Mental Health
Recommendations From Our Store
My Science ShopDiscover STEM Kits
My Science ShopDiscover 2022 Calendar
My Science ShopStrange Science
My Science ShopElements Flashcards
Shop Now
Stay Curious
Join
Our List