The Fascinating Science and Miracle of Cochlear Implants: How They Work and How to Know If You Need One (Part 1 of 2) 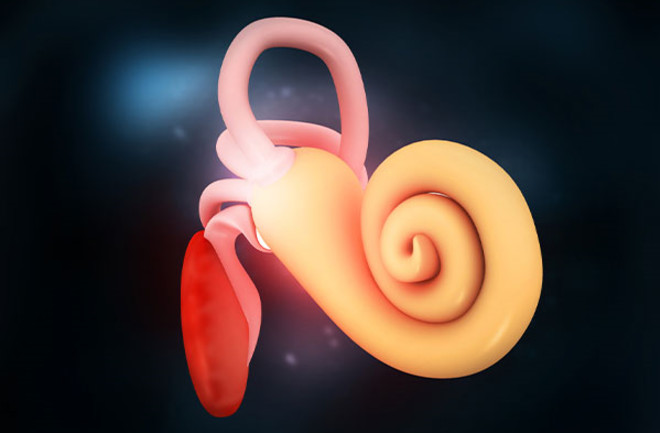 It’s hard to imagine what Count Alessandro Volta was thinking in the late 1700s when he inserted two metal rods into his ears and flipped on the electricity. But he certainly didn’t know that the “crackling and popping sounds” he heard would later help to cure the deaf and hard of hearing – it was just a wild supposition.

“I received a shock in the head and some moments after… I began to hear a sound… It was a kind of crackling with shocks as if some paste or tenacious matter had been boiling.”

The cochlear implant (or “bionic ear”) that later evolved from these experiments – and from the earlier investigations of Giuseppe Veratti and Benjamin Wilson – has already empowered over 600,000 people around the globe to overcome their hearing challenges. And this is where science merges with the miraculous. Witnessing the reaction of someone turning on a cochlear implant for the first time would bring anyone to tears (try not to cry).

But how do cochlear implants achieve this miracle? And, what’s in store for this technology in the years ahead?

In the first part of this two-part series, we’ll look at the fascinating science behind cochlear implants and how they work. In the second part, we’ll investigate the tragedy of how expensive these devices are ($80,000 in the United States on average). Finally, we’ll explore some groundbreaking strategies and technologies that could make cochlear implants more affordable for people living in the developing world.

So, without further ado, let’s dive in...

Diagram of the Inner Ear: Sourced from Wikipedia

As an interface that converts mechanical sound vibrations into electrical impulses the brain can understand, the ear does its job through an electrochemical process. If you’re not familiar with this process, reading the following steps will blow your mind:

Image of an Uncoiled Cochlear Bone with Corresponding Sound Frequencies: Sourced from Wikipedia

Now that we understand how the ear serves as an interface that converts mechanical sound vibrations into electrical signals that the brain can understand, let’s see what can go wrong in this process to cause deafness and hearing impairment. Then we will explain what cochlear implants are doing to restore hearing ability.

What Causes Deafness and Hearing Impairment?

In all of the above cases, the brain is not receiving enough electrical stimulation for clear hearing. While surgical procedures can correct certain problems with the ear bones and eardrums – and the effects of an infection could be temporary – most cases of hearing loss and deafness are permanent and require treatment through hearing aids or cochlear implants. Hearing aids work by providing sound amplification to overcome the functional deficiencies in the ear. A cochlear implant may be able to help when sound amplification from a hearing aid isn’t enough.

Bringing It All Together

It’s important to note that we don’t fully understand how the brain processes and understands electrical sound information. But we do know that the brain is highly adaptive. Even though the electrical impulses from a cochlear implant are different from those in natural hearing, the brain quickly adapts to this new form of electrical stimulation. In the beginning, implant recipients usually report that they hear “robot sounds” or “Mickey Mouse voices.” After several months or a year, these experiences tend to fade and hearing feels more natural.

Michelle Harris, writer/owner of the blog Deaf Be Not Proud – and a cochlear implant recipient herself – recently gave us this intimate look at what the cochlear implant experience is like:

“When I first got my cochlear implant, nothing sounded as I remembered before I started losing my hearing. Initially, everyone sounded exactly the same, like Donald Duck. It took weeks to months before I could recognize the voices of my family members. It took even longer to relearn all of the new but common sounds my ears were picking up like dripping faucets, beeping electronics, rustling leaves, etc. In fact, I was constantly asking my kids, ‘What’s that sound?’

“Getting used to a cochlear implant takes a lot of time, patience, and support from family. I’d say it took a good year or more before I felt like things were sounding normal again. The longest period of adjustment involved hearing projected voices such as people speaking through a phone, on a microphone, on TV, and in movies at the theatre. It’s still a challenge at times. After 10 years of having a cochlear implant, music still doesn’t sound quite the same, and it’s difficult to understand the lyrics. In spite of the difficulties, getting a cochlear implant has been life-changing, to say the least.”

The Potential Downsides of Cochlear Implants

Are You a Candidate for Cochlear Implants?

The best way to determine if you’re a candidate for cochlear implants is to visit an audiologist. An audiologist can perform a professional hearing test, diagnose your condition, and offer treatment suggestions. Nevertheless, if you simply want to check the severity of your hearing loss – and figure out whether an affordable pair of direct-to-consumer hearing aids will fit your condition – a free, five-minute online hearing test is an excellent place to start.

After taking this free hearing test from MDHearingAid, you will know (1) if you have a hearing loss, (2) how severe the hearing loss could be, and (3) if a pair of affordable, direct-to-consumer hearing aids could help. Here’s an example of what your test results will look like:

At this point, you should have a general understanding of the science behind cochlear implants, but nothing summarizes the miracle of this technology like videos of real people experiencing sound for the first time while turning on their implants (here’s another video I loved). After seeing the beauty of these moments, it is heartbreaking to consider that millions of people around the world cannot access this technology. Indeed, Dr. Sandra Porps, an audiologist and cochlear implant specialist who works with the affordable hearing aid manufacturer MDHearingAid, says that “only about 6% of the people who can benefit from cochlear implants currently have one.”

In part two of this article, we’ll explore why cochlear implants are so expensive. We’ll also look at an experimental yet controversial form of cochlear implant – and some exciting non-profit work – that could make this technology more economically accessible for everyone in the world. Stay tuned...