Multiple studies have identified challenges in motor and social skills development for babies born during the COVID-19 pandemic. 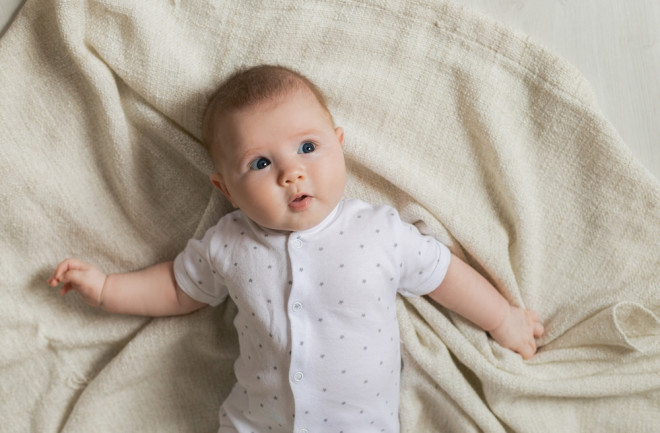 For the first three months of Luca Bustamante’s life, he spent all his time with his mother and father at home. Like other parents of babies born during the COVID-19 pandemic, Mia Bustamante and her husband decided to limit visitors and avoid large crowds. Luca eventually got to meet his grandparents, and then other family, but interaction remained limited, Bustamante says.

“We were so careful for two years, even while I was working in health care and doing rotations through ERs,” says Bustamante, who recently became a physician assistant. Shortly before she was scheduled to return to work and put Luca in daycare, she and her husband contracted COVID and suspect their baby caught it too. “We got it, we made it through and we felt better socializing,” she says. Now that they’ve developed antibodies, they’re seeing friends and family more so their baby can interact with other people.

For a newborn, the first three years of life are crucial to brain development; and babies need to feel safe and secure, be held, spoken to, smiled at, and played with, says Claire McCarthy, a pediatrician at Harvard Medical School: “It’s easy for parents to think that because babies are little and don’t do very much, that it isn’t super important to interact with them – when exactly the opposite is true.”

The daily demand, for example, of juggling working from home or other tasks with infant interactions can have an impact. “Chances are that they aren’t going to be able to do everything that babies need for optimal development,” she says of parents in that situation.

A Decline in Development Skills

With daycare centers closed, grandparents self-quarantining and parents keeping babies at home for their safety, infants born during the pandemic had limited contact with anyone but their parents. Those trying to work from home while caring for an infant might have relied more heavily on supports like bouncy seats and confined play areas to keep their babies safe. Two separate studies found, when compared to babies born before the pandemic, children showed delays in the development of social-emotional and motor skills.

Lauren Shuffrey, an associate research scientist, was emailing colleagues at the Columbia University Irving Medical Center while in labor with her own child in March 2020. “We launched the study as the pandemic was happening,” she says. Researchers wanted to measure whether babies born to mothers who contracted COVID-19 during pregnancy demonstrated developmental delays at 6 months old.

While they found no difference in reaching developmental milestones between those babies whose mothers had COVID during pregnancy versus those who did not, the babies born between March and December 2020 scored lower than their pre-pandemic peers on fine motor, gross motor and social-emotional development, concluded the Columbia study published in January in JAMA. Both fine and gross motor skills showed the biggest decline.

Researchers employed the widely used Ages & Stages Questionnaire. The standardized screening tool is based on a parent’s observations assessing five key developmental areas. Researchers found no difference between babies born before or during the pandemic for problem-solving and communication skills, says Shuffrey, the lead investigator.

In a Brown University study, which is under peer review but has been preprinted in medRxiv, researchers found similar results: Babies under the age of 1 born during 2020 and 2021 scored lower on fine and gross motor skills, verbal and overall cognitive development than their pre-pandemic peers. Brown University and Brown’s Warren Alpert Medical School have had a longitudinal study underway since 2009 in which researchers interact with babies and toddlers with a parent in the room and measure a variety of developmental skills through an observational test, called the Mullen Scales of Early Learning.

Lead author Sean Deoni, associate professor of pediatrics and diagnostic imaging at Brown’s medical school, says he was surprised by the results. He would have expected to see delays in language and social skills but not motor skills, he says. But it adds up when you think about how people were avoiding playgrounds, playgroups and family gatherings, plus the lack of “all the relatives showing up and wanting to play with them and hug them,” Deoni says. Children are not seeing other children, he adds, “and they’re just not on the ground rolling around and playing.”

Some also wonder whether babies in the hospital were impacted by the encounters with strangers wearing masks. “I think when you combine these studies together, they start to add up to the same story,” he says. “These early foundational skills are being affected.”

What Can Parents Do?

Many studies have demonstrated that parental stress during pregnancy and throughout a baby’s early years impacts brain development, says Amanda Dettmer, neuroscientist and researcher at the Yale Child Study Center.

“Infants and children, they’re sponges. They pick up on their parents’ and caregivers’ moods,” says Dettmer. When it comes to caring for children as the pandemic lingers, she suggests the airline analogy, where parents are advised to put on their own oxygen mask first. “If you’re stressed out and that stress is coming out, your child can absolutely pick up on that.”

If the idea of self-care seems impossible, McCarthy suggests small steps, such as taking your baby for a walk, phoning a friend, even doing a few yoga poses with your baby on the floor nearby. Parents feeling anxious or sad could ask their primary care provider for a referral to a therapist, she says. Parents facing financial stress can ask their primary care provider or their child’s pediatrician for helpful resources.

For mammals, especially primates like humans, infants’ most important relationship is with their primary caregiver, Dettmer says, so spending the first year of life isolated within a loving, secure home should be fine. “Babies, especially under a year of age, really need routine, safety and security. They need to know they have caregivers, mom and dad, a grandparent, a daycare provider,” she says, “who will respond to their emotional needs.”

Not all babies have those ideal conditions. In the Brown study, children whose mothers had higher education attainment, who were born full term and at a healthy weight scored better than their study peers, overall. Mothers with lower levels of education may not have the option of working from home and, with daycare centers closed at the start of the pandemic and later reopened at partial capacity, quality and affordable daycare has been scarce, the study says.

Low-income people have also suffered higher rates of illness and death, job loss and financial burden while also being more likely to work in jobs that expose them to the virus, so this study is one more sign the pandemic is having a more deleterious impact on low-income households, Deoni says.

He adds that it’s important to remember these developmental delays are not parents’ fault. But he also worries people will lean too heavily on the notion that children are resilient, and will just bounce back. “We talk about the impact of the first 1,000 days,” he says. “Do we really want to bet a whole generation on the idea [that] kids are resilient?”