Stress May Be Causing Early Puberty

While difficult to research, researchers are finding that the age for puberty has been gradually decreasing. 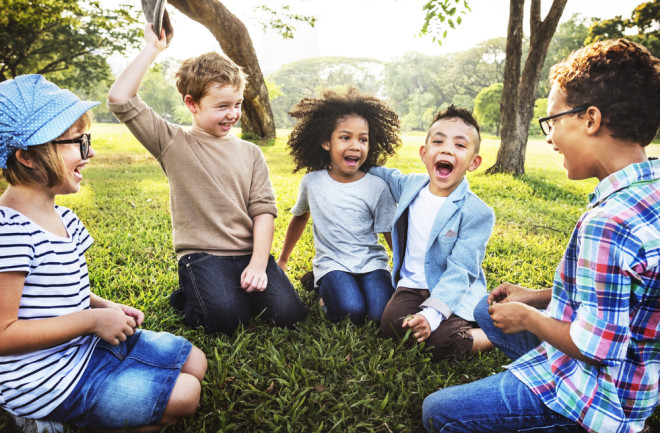 Since the 1970’s, the age of puberty has gotten younger. While the changes are gradual, they add up. From 1970 to 2013, the onset of puberty has decreased in age by 0.24 years per decade and, 50 years later, kids as young as 6 years old are starting to develop into adults.

A study published in the journal Child Development found that “stressful family relationships” impacted early maturation in girls. Other research has shown that child abuse may also play a role. Some data has even shown that stress during pregnancy may lead girls to develop at a younger age.

All of this has left researchers wondering what will happen in the future. It’s already a stressful time for kids with the pandemic, school violence and an increasingly polarized society. Will all this stress force our kids to grow up even younger?

A Combination of Factors

It’s a complicated and nuanced situation, says Megan Gunnar, a child psychologist and professor at the University of Minnesota. The research is mixed and it’s important to note that shifts in the onset of puberty are slight. While certain kinds of stress seem to cause the early onset of puberty, there are likely other forces at work. Obesity and weight gain in younger girls has also been an important driver of development.

“Weight gain has a big impact on when puberty starts,” says Gunnar.

Often the causes are gray, not black and white. It’s not one thing. It’s several factors working together to motivate minuscule changes. That seems to be what’s happening here, says Gunnar.

Genetics, race and endocrine-disrupting chemicals found in foods and personal care products can also cause early puberty. And these things are difficult to study. Researchers would have to control factors like diet to fully understand the true impact of stress on development.

What’s Happening in the Brain?

What causes the change? How can a child’s development shift because of stress or obesity? According to Elizabeth Shirtcliff, a psychology professor at the University of Oregon, several factors are at play.

Psychosocial stress impacts the brain’s limbic system, which is responsible for emotions. The limbic system then communicates with the hypothalamus, and this is where much of the pubertal changes take place because it’s also the site of the gonadotropin-releasing hormone pulse generator (GNRH).

During childhood, your brain actively inhibits GNRH from releasing pubertal hormones like estrogen and testosterone, allowing kids to experience childhood without hormones in the mix, says Shirtcliff.

“Inhibitory neurotransmitters like GABA shut puberty down until GNRH begins to release pulses of hormones like estrogen and testosterone, allowing the body to begin developing. Stress from things like abuse allow pulses of sex hormones to eek out and when this happens too often, the system goes gangbusters and a child starts developing early,” says Shirtcliff.

Shirtcliff says that many of the stress hormones that are released when children are experiencing psychosocial stress can also mimic sex hormones. This means that once puberty begins, it ends up happening much faster than it would under normal circumstances.

“Instead of it being this slow, long process, it goes much quicker because development in a stress context causes hormones to come on very fast,” says Shirtcliff.

Hormonal changes occur in both boys and girls, but in boys there isn’t a cyclical pattern like in girls (because of menstruation), says Shirtcliff.

“When boys go through puberty it comes in fits and starts, and we’re less likely to know when it’s going to happen,” she says.

But we do know that stress in both boys and girls is having an impact on pathways in the brain responsible for development. Shirtcliff says that stress causes a “suite of biological changes” that can lead to early puberty. Leptin, for example, which is related to obesity, is also a “stress reactive hormone.” All of this means that everything is working together to shift development.

More From Discover
The Sciences
Back Pain is Highly Common Among Astronauts
Health
What Science Says About the Weight-Loss Potential of The One-Meal-a-Day Diet
Health
How Saliva Changes The Flavor Of Food
Health
Walking vs. Running Benefits: Should You Walk or Run for Exercise?
Health
What is the Purpose of Hiccuping?
Mind
Gut Bacteria's Role in Anxiety and Depression: It’s Not Just In Your Head
Recommendations From Our Store
My Science ShopDiscover STEM Kits
My Science ShopDiscover 2022 Calendar
My Science ShopStrange Science
My Science ShopElements Flashcards
Shop Now
Stay Curious
Join
Our List