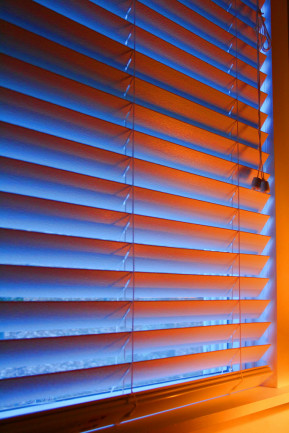 Scientific research can seem a constant, forward journey: each discovery helping to build understanding, each experiment shedding more light on nature's fundamentals. Here, we look at research that has led scientists off the assumed path. Instead of shedding light, they "shed dark" on the matter, forcing researchers to question their most basic assumptions.

The list is certainly not complete, but hopefully intriguing. We look at the explicitly mysterious and the quotidian alike, the recent and the historical, the expanding universe and pinky bones. 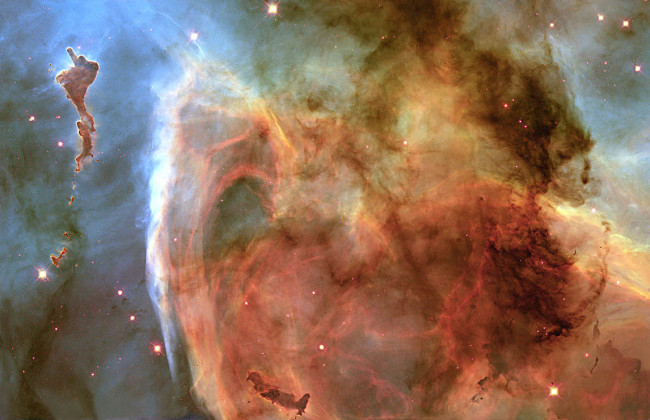 In the 1920s, astronomers believed that our universe had a fixed size. Even when general relativity hinted otherwise, Einstein didn't take the bait. Instead, he included a term in his theory to counteract gravity on very large scales to keep the universe steady. He later called this term--the cosmological constant--his "greatest blunder."

Edwin Hubble's research revealed Einstein's mistake--and replaced astronomers' vision of a tidy, static universe with a strange and confusing one. Hubble used a newly found cosmic tape measure, a special type of star called a Cepheid variable. Searching the skies from the Mount Wilson Observatory, Hubble determined the distance to celestial objects: blurry nebula, believed to be gaseous clouds in our own Milky Way galaxy.

Building on previous researchers' work, Hubble showed not only that these nebula were their own galaxies, but, by measuring their speed over time, confirmed that they're speeding away from us. He also showed that the further away the galaxy, the faster it's speeding off.

That's all well and good, but there's no obvious reason why other galaxies should be accelerating away from us. Today, most physicists think it's due to dark energy, but they haven't yet been able to pin down exactly what that is. 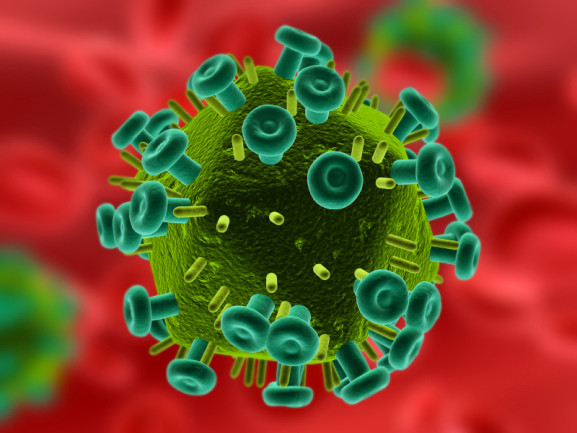 When researchers embarked on the Step Study--an ambitious HIV vaccine trial with 3,000 enrolled participants--they thought the experimental vaccine was the best shot at stopping the virus's spread. But in 2007, Merck researchers abruptly halted the study. Instead of protecting participants, the vaccine appeared to make them more likely (pdf) to catch the virus.

The study used a weakened cold virus (adenovirus 5) to deliver laboratory-made pieces of HIV. The hope was that the body's immune system would attack these HIV pieces, and could then recognize and defeat the real virus if it ever presented itself.

Though participants also received counseling on how to avoid HIV exposure, some still got infected. This alone only meant that the vaccine was ineffective for these participants. What alarmed researchers was that those vaccinated individuals who had previously been exposed to the cold virus appeared more likely to catch HIV. Researchers immediately stopped similar cold virus-based studies.

Researchers still haven't figured out why the vaccine apparently made some people more vulnerable to the virus, and the high-profile failure was widely seen as a setback for vaccine research. Some scientists called for a retreat from clinical trials and a return to basic research, while the the AIDS Vaccine Advocacy Coalition said the results "raise more questions than answers for the field of AIDS vaccine."

Listen to Einstein: Nothing can move faster than the speed of light. The details of special relativity dictate that if it could then you could switch cause and effect: You could, for example, phone a friend to tell him the winner of a baseball game before the first pitch was thrown.

In 1935, Einstein and two other physicists, Boris Podolsky and Nathan Rosen, would use that fact to suggest that quantum mechanics was an incomplete theory. They devised an experiment that looked at a weird, quantum link between two particles. Entanglement seemed to say that a measurement on one particle should influence the other at the exact same instant. The trio's experiment imagined moving the entangled particles a distance away from one another. If measuring one would cause the other to change at the same time, then the two particles had communicated faster than the speed of light. Which was clearly impossible.

The problem? In the 1980s researchers performed the seemingly impossible experiment, and it worked.

Imagine the particles passing a note (or an information-laden particle) between one another. In one 2008 entanglement experiment, researchers in Geneva found that in their setup, the note must be moving at least 10,000 times the speed of light.

One way around this causality-crushing note-passing is to say that the two particles are not sending any actual information between them; instead measuring one instantly changes the other. Unfortunately, this mysterious interpretation hearkens back to Einstein's original annoyance with quantum entanglement, its "spooky action at distance." 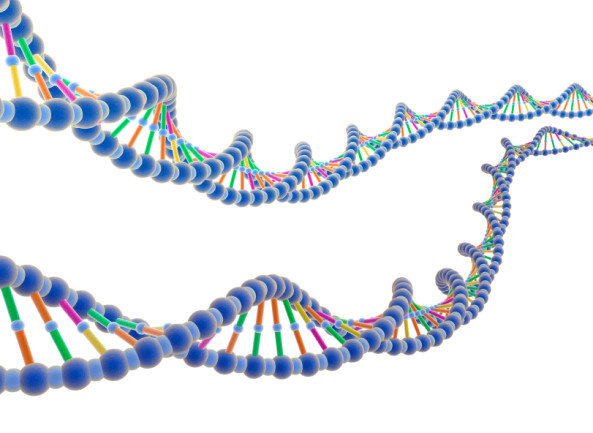 In 1909, Danish botanist Wilhelm Johanssen coined the term "gene," describing it as the mechanism that allowed children to inherit traits from their parents. By the 1960s, that definition had taken a turn for the specific: Genes were the DNA code used to make proteins. Ten years ago the Human Genome Project produced the first draft of our genetic blueprints--but scientists weren't able to rejoice in their complete knowledge of the secrets that lie tucked inside our cells, because the story was already unravelling.

In the 1980s and 1990s, researchers found that only about 1.2 percent of our DNA codes for proteins: some called these other parts "junk." A 1980 review paper (pdf) by Leslie Orgel and Francis Crick calls this DNA "the ultimate parasite." Yet in this apparent junk-pile, researchers continue to find functioning scraps.

It seems that as we probe deeper into the human genome, we realize how much we have left to learn. For example, researchers have discovered that some sections of our DNA are like genetic switchboards. Molecules attaching to these sections can turn on or shut off protein-making genes, and malfunctions there may be responsible for conditions ranging from depression to obesity. What's more, these switches can be flipped after birth, as the attaching molecules can be added or removed by environmental factors. For example, Michael Meaney, a researcher at McGill University, recently found that how often young rats' mothers licked them changed what molecules attached to their DNA--and possibly in turn their stress levels. The ongoing Human Epigenome Project hopes to study these DNA accoutrements and their effects. 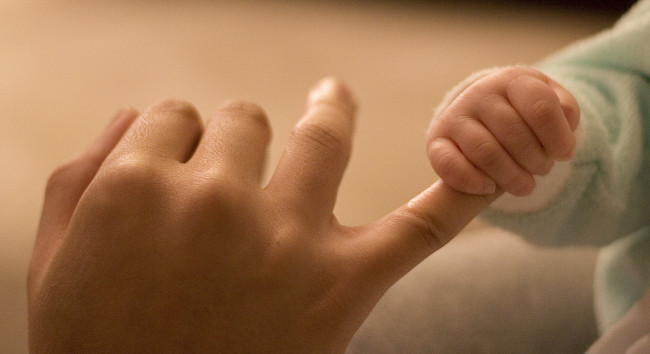 It all started with a 40,000-year-old pinky bone found in a Siberian cave. Though one finger doesn't seem much to go on, researchers harvested DNA from the digit to figure out who the finger belonged to. They figured they were looking at a bone from a Neanderthal or maybe an early human relative; instead they found that the pinky belonged to a very special lady, whom they dubbed the X-Woman.

The find added a confusing twist to the story of human evolution. If X-Woman represents a new species (a question that is still open to debate), it suggests that an entirely unknown hominid population migrated out of Africa, and could have coexisted with Neanderthals and early modern humans in Europe and Asia. Other controversies over potentially new hominid species, like the "hobbit" found in Indonesia called Homo floresiensis, further support the notion that the human evolutionary tree had many branches. It's possible that we think it was straight and streamlined just because we Homo sapiens are the only ones left. 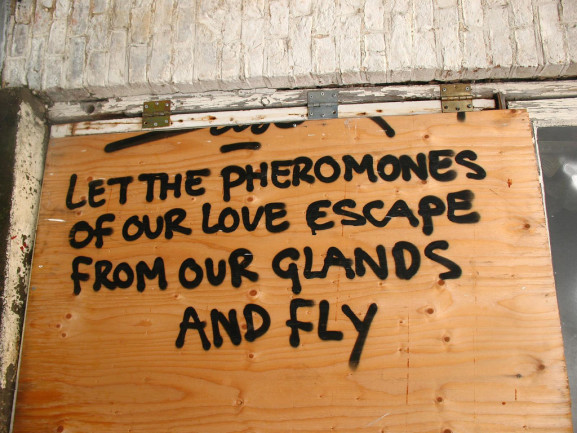 When it comes to love, people like to say that it's about chemistry. But does human attraction have anything to do with pheromones?

It has been fifty-one years since Peter Karlson and Martin Luscher coined the term "pheromones" to describe the chemical signals sent between members of the same species. Since then, researchers have found a variety of living things that use chemicals to convey messages about vital topics like food, mating, and danger, including many insects and species ranging from mice to vampire fish.

All this seems to suggest that humans can chemically communicate, too, and a lot of sweat-smelling research has gone on in an attempt to prove that human pheramones send messages about what to fear and when to menstruate, for example. But much to perfume-makers' dismay, no one seems able to find the particular chemicals or receptors responsible. Even researchers who argue strongly for the existence of human pheromones are forced to admit that "no bioassay-guided study has led to the isolation of true human pheromones." 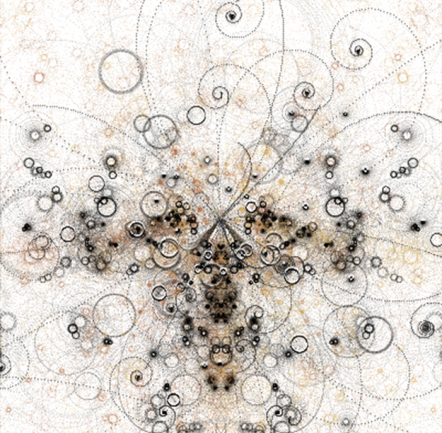 In the 1930s, it seemed physicists were well on their way to determining everything under the atom's hood. They knew, for example, that the atom's nucleus was made of protons and neutrons, and they suspected that there had to be some type of force particle holding these strongly-repelling protons closely together in this nucleus.

Their calculations made them believe that the particle would be a middle particle--a "meson"--slightly bigger than an electron and smaller than a proton. But researchers weren't looking for the meson when they examined cosmic rays in 1936. The unknown particle they discovered led Nobel Laureate Isidor Isaac Rabi's to famously ask, "Who ordered that?"

The cosmic rays included particles of about the right size for the hypothetical meson, and researchers thought they had found their mystery particle. But as physicists continued to study the particle, which was later dubbed a muon, they found it was "just right" only in terms of size. Muons served as a pretty pathetic glue, since they barely interacted with the nucleus at all. The question continued to nag at physicists for decades. It wasn't until 1979 that physicists found the "gluon" particle that carries the strong nuclear force, which binds together the atomic nucleus.

One question answered, plenty more to go. Physicists at the Large Hadron Collider at CERN continue to look for new particles to complete the Standard Model. In particular, they're searching for the Higgs boson which gives all other particles mass. Will they find this particle? Or will their results look quite different from what they ordered?