HIV Vaccine Trial Cancelled in a Setback for AIDS Research 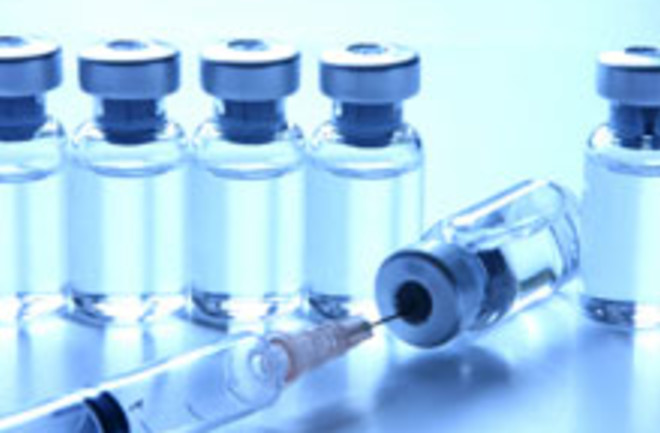 In a sign of the slow progress in the medical fight against the HIV virus and AIDS, a federal health agency has canceled plans for an ambitious clinical trial of an experimental HIV vaccine. Although this candidate vaccine was once thought very promising, researchers lost confidence in it after

Researchers at the National Institute of Allergy and Infectious Diseases had hoped to begin enrolling 8,500 volunteers in the vaccine trial last fall, but the trial was

the failure last September of a similar candidate from drugmaker Merck & Co. that may have left some volunteers more vulnerable to HIV infection [San Francisco Chronicle].

postponed after the Merck vaccine was shown to be failing in its two main objectives: to prevent infection and to lower the amount of H.I.V. in the blood among those who became infected.... After a safety monitoring committee detected the problems with the Merck vaccine in September, the company quickly halted its study [The New York Times].

Both the Merck vaccine and the new experimental vaccine use the common cold virus, Adenovirus-5, to carry the vaccine's payload. That approach is now in question, as the Merck trial showed that those who had been previously exposed to the Ad-5 cold virus were more at risk of being infected with HIV.

The disappointing end of the Merck trial has led agencies to renew their emphasis on basic research, rather than on large and costly clinical trials, in hopes that the research will lead to better vaccine candidates for future testing. But it has also prompted some to declare that the vaccine field is in serious trouble; in March, virologist Robert Gallo said the [Merck] results were a catastrophe comparable to the space shuttle Challenger disaster [Nature News].

Although the large clinical trial has been canceled, researchers will go forward with a scaled-down experiment that will study whether the vaccine can lower the amount of HIV in the blood of an infected person. But this downsizing troubled some activists:

"After a year of public hand-wringing and unproductive public attacks on the search for an AIDS vaccine, it is essential this decision not be viewed as a vote of no-confidence," said [AIDS activist] Mitchell Warren [The Wall Street Journal].

More From Discover
Health
What Is Foot-And-Mouth Disease?
Health
The Blurred Line Between Lyme Disease and Mental Illness
The Sciences
Study Probes How to Change Societal Behavior for the Better
Planet Earth
What You Need to Know About Lyme Disease
Environment
Climate Change is Likely to Increase the Risk of Infectious Diseases
Health
Danger in Paradise: What One Man's Unusual Affliction Can Teach Us About Rat Lungworm Disease
Recommendations From Our Store
My Science ShopDiscover STEM Kits
My Science ShopDiscover 2022 Calendar
My Science ShopStrange Science
My Science ShopElements Flashcards
Shop Now
Stay Curious
Join
Our List