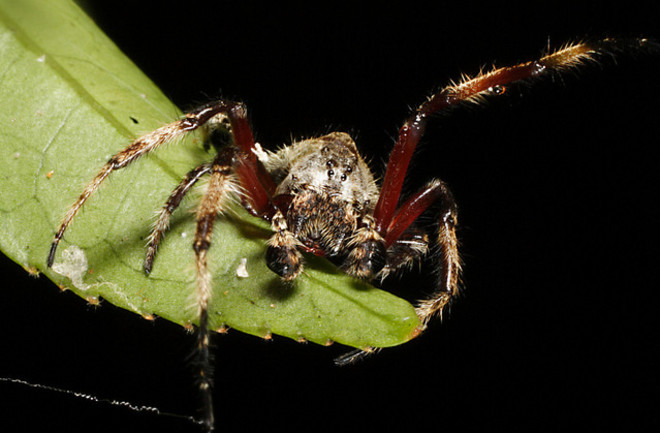 Darwin's bark spiders are hands down the best spiders: they make giant webs that can span 25-meter-wide rivers, their silk is one of the strongest materials known to man, and, according to this study, male Darwin's bark spiders give their mates oral sex. That is, if you define oral sex as "salivat[ing] onto female genitalia pre-, during, and post-copulation." I know I do.