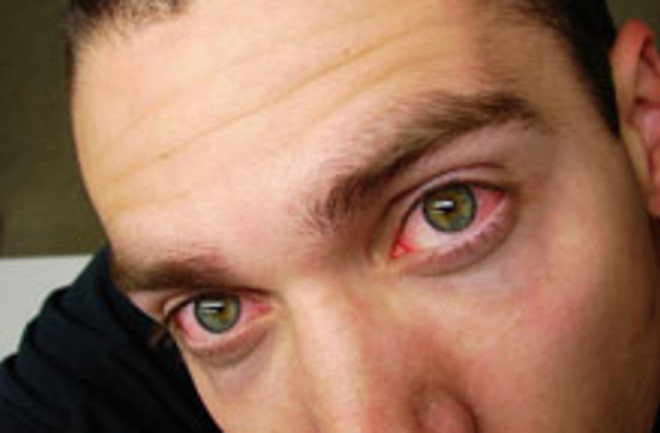 “A good night’s sleep does not only improve your physiological health, it will also make you look healthier and more attractive, which in turn improves the chance of better treatments in a wide range of social situations.”

Two pictures of the volunteers were taken: One after a restful eight hours of sleep, and the other after five hours of sleep followed by being kept awake for 31 hours. Other volunteers rated the pictures for attractiveness and how healthy and tired the participants looked. Derk-Jan Dijk, who wasn't involved in the current study, told BBC News

that the effect is probably worse than the pictures show:

"The photographs were taken during the daytime when the biological clock promotes wakefulness. Can you imagine how sleep loss makes you look at night or early in the morning when the circadian clock (body clock) promotes sleep?"

While participants were taken to extreme levels of sleep deprivation, it's likely that even losing a small bit of sleep can have deleterious effects on your attractiveness, Axelsson told ABC News

"We cannot really say when the effects start ... if it's six hours or five hours, but it probably starts gradually," Axelsson said. "It's possible that you get these effects through chronic sleep deprivation as well."

Science Not Fiction: Inception and the Neuroscience of Sleep