20 Things You Didn't Know About... Sleep

The official world record for staying awake, possible killers lurking in our mattresses, a continent's war against naps, and more. 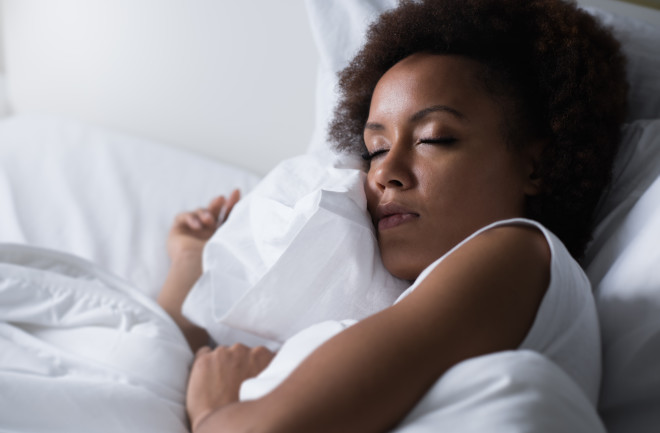 1. Chronic snoring can be treated by uvulopalatopharyngoplasty, a surgical procedure that tightens the tissues of the soft palate and throat. Possible side effects include changes in voice frequency.

2. Another option involves injecting the palate with a chemical to harden the soft tissue. This is called a snoroplasty, derived from the Greek word plastos, meaning molded, and somewhat lamely from the English word snore, meaning snore.

3. Baaaa'd idea: A 2002 study by Oxford University researchers concluded, brilliantly, that the traditional practice of counting sheep is an ineffective cure for insomnia. The mental activity is so boring that other problems and concerns inevitably surface.

4. Mattresses have an average life span of 8 to 10 years. They grow some nasty stuff in that time; one study links mattress bacteria to sudden infant death syndrome.

5. An adult bedbug can survive up to one year without feeding.

6. In 2004 Americans filled more than 35 million prescriptions for sleeping pills.The number of adults aged 20 to 44 taking pills to help them fall asleep has doubled in the last four years.

7. More than 100,000 car crashes in the United States each year result from drowsiness. Drivers talking on cell phones increase the rate by 6 percent, so don't call someone if you get tired.

8. Disco isn't dead, it's on the dashboard: In 2008 Volvo plans to unveil a system that will monitor a driver's eyes and head, along with the movement of the steering wheel. If a driver seems to be nodding off, interior lights will start to flash.

9. A six-year study of a million adults showed that people who get only six to seven hours of sleep a night have a lower death rate than those who get eight hours. Maybe it's those late nights watching QVC.

11. Let's sleep on it first: In a gesture of integration with the European Union, Spain has launched a campaign to eliminate the tradition of siestas, or afternoon naps.

12. Thanks in part to their afternoon naps, Spaniards sleep an average of 40 minutes less per night than other Europeans. Spain also has the highest rate of workplace accidents in the EU and the third lowest productivity rate.

13. Who knew it was that easy? A Muslim couple in India is being forced to split up after the husband uttered the word talaq, the Arabic word for divorce, three times in his sleep. According to Muslim law, the "triple talaq" is an actual divorce.

14. The idea that it is dangerous to wake a sleepwalker is a myth. Given the things sleepwalkers get up to do, like climbing roofs and fixing insanely large sandwiches, it is probably more risky not to wake them.

15. Whales and dolphins can literally fall half asleep. Their brain hemispheres alternate sleeping, so the animals can continue to surface and breathe.

16. Dreaming is connected to bursts of electrical activity that blow through the brain stem every 90 minutes during REM sleep. Over a lifetime, an average person spends more than six years dreaming, clocking more than 136,000 in all.

17. But nobody knows why we dream.

18. Hey, be glad she doesn't have a telethon: More than 5 million American children suffer from nocturnal enuresis, better known as bed-wetting. Actress Suzanne Somers used to be one of them, according to her autobiography.

19. Somniphobia is the fear of sleep.

20. So far, there are no known celebrity somniphobes.